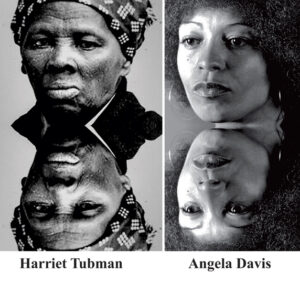 The Life of Harriet Tubman

Harriet Tubman was born in Maryland, into slavery, in March 1822. She escaped from her owner, whose staff whipped and beat Tubman, and became an abolitionist most famous for organizing 13 missions to rescue 70 others bound by slavery. She was ready to use force, if needed, and she carried a revolver.

Her network of abolitionists and safe houses, where escaping slaves were sheltered, was called the Underground Railroad.

Tubman initially escaped to Philadelphia where slavery was illegal. She then returned to Maryland to bring her relatives, one group at a time, to Philadelphia and freedom. She would carry out her missions at night and maintained extreme secrecy to avoid being caught.

In 1858, Tubman met John Brown, who she helped plan and execute his raid on the US military arsenal located in the town of Harpers Ferry, Virginia. Brown, who was white and passionately against slavery, planned to use the arms taken from the arsenal to create a community of freed slaves in the mountains of Virginia and Maryland.

Brown was captured during the raid, which took place 1859, and he was hung later that year. The raid on the Harpers Ferry increased the fears of Southern slave owners that slave rebellions would take place, and the raid increased tensions between Northern and Southern states before the American Civil War, which did commence in 1861. 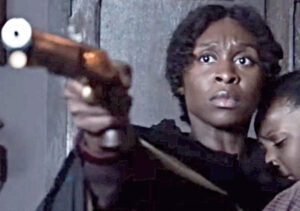 Once the Civil War began, Harriet Tubman was employed by the Northern Union Army as a cook, then nurse, army scout and spy.

In 1863, Tubman became the first woman to lead an armed assault by Union troops of the Northern states during the Civil War. This raid in South Carolina led to the liberation of over 750 slaves. An article on Wikipedia describes the scene along the Combahee River.

“Once ashore, the Union troops set fire to the plantations, destroying infrastructure and seizing thousands of dollars worth of food and supplies. When the steamboats sounded their whistles, slaves throughout the area understood that it was being liberated.

Tubman watched as slaves stampeded toward the boats. ‘I never saw such a sight,’ she said later, describing a scene of chaos with women carrying still-steaming pots of rice, pigs squealing in bags slung over shoulders, and babies hanging around their parents’ necks. Although their owners, armed with handguns and whips, tried to stop the mass escape, their efforts were nearly useless in the tumult. As Confederate troops raced to the scene, steamboats packed full of slaves took off toward Beaufort.”

Angela Davis as the Reincarnation of Harriet Tubman

Davis shares many of the characteristics of Harriet Tubman. For example, like Tubman, Davis has been open to using force for societal causes. In 1970, she purchased firearms that were used in the armed takeover of a courtroom in Marin County, California, which is located just north of San Francisco.

The takeover was executed by Jonathan Jackson, an African American, whose intent was to kidnap Superior Court Judge Harold Haley, who would be used as a bargaining chip to force the release of his brother and others from prison. It was a time when racial tensions were high in the California prison system.

A shootout between Jackson and police occurred which left Jackson, Judge Haley and two others dead.

As a result of her involvement, Angela Davis was prosecuted for conspiracy to commit murder and she spent over a year in jail, before she was acquitted of charges in 1972.

Past Life Behavior: Angela Davis is a Militant Crusader for Liberal Causes, as was Harriet Tubman

Afterwards she was released from prison, Davis was an advocate of progressive causes and even became a Communist. She also supported the militant African American Black Panther Party, that itself was involved in gun battles with police in protest of police brutality against Blacks, primarily in Oakland, California.

The Black Panthers were likely was made up of Harriet Tubman’s compatriots from the Underground Railroad.

Angela Davis has also pursed a career in academics, including at the University of California, Los Angeles (UCLA).

US Abolitionist and Civil Rights Leader Past Life Cases

Physical Resemblance in Reincarnation Cases: There is a similarity in the facial features of Tubman and Davis, though Angela Davis has a slightly longer face in comparison to Harriet Tubman.

How we appear in a particular incarnation is determined by both an energy template projected by your soul and by genetic factors inherited from your family of birth. To learn more, please go to: