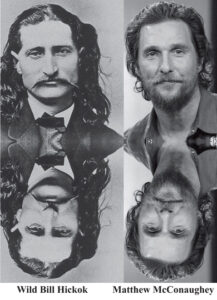 “Wild Bill” Hickok was one of America’s first celebrities. He was raised in Illinois on a farm, but he was attracted to the adventure that the American West offered. At the age of 18, he moved to the frontier territories of Kansas and Nebraska, where he became a lawman. Hickok was involved in a number of shootouts, but exaggerated the number of men he had killed, which served to help create a mythology around him.

George Ward Nichols was the journalist who created the legend of Wild Bill. Nichols had interviewed Hickok, who falsely stated that he had killed “hundreds” of men. Nichols included Hickock’s tall tales in an article published in Harper’s New Monthly Magazine which led to Wild Bill’s fame. Though Hickok had indeed been an excellent marksman since boyhood, his primary biographer has estimated that he only killed 6 or 7 people in gunfights.

Due to his fame, Hickok was invited to participate in shows depicting life on the Western frontier, complete with Indians and staged shootouts. In this capacity, he worked as an actor who also demonstrated his skills with firearms during shows.

In 1876, Wild Bill was playing cards in a saloon in Deadwood, South Dakota when he was shot in the back and killed by another gambler. Hickok was reportedly was holding a pair of aces and a pair of eights, which has become known as “Dead Man’s Hand,” reflecting Hickok’s assassination.

Wild Bill Hickok as a Past Life of Matthew McConaughey

Matthew David McConaughey was born in 1969 in Texas. He went to the University of Texas, Austin, where he earned a degree in Radio-Television-Film. He has gone on to become a celebrity actor and won an Oscar for his role as a rodeo star who contracts AIDS in the movie Dallas Buyers Club.

When living in California, McConaughey became a surfer, a sport that requires razor-sharp reflexes, which are also required to become a successful gunfighter.

Matthew is known for the phrase: “Alright, Alright, Alright.” I am old enough to know that phrase was originally used in the song 30 Days in the Hole, by Humble Pie. 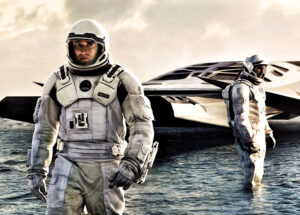 Matthew has starred in a couple of movies involving space travel, including Contact (1997) and Interstellar (2004). Of interest, I am working on a series of articles on interstellar travel, UFO’s and ET’s. It turns out that ET’s reincarnate too. These articles will be found in the section of our website entitled:

Physical Resemblance in Reincarnation Cases: There is an uncanny resemblance between Wild Bill Hickok and Matthew.

Past Life Passions, Talent and Abilities: Wild Bill became a celebrity due to his publicized exploits and eventually became an actor in shows that aimed to recreate the Wild West. Matthew McConaughey is an Oscar-winning actor and celebrity, known currently for being the face of the Lincoln automobile brand in the United States.

Hickok was gunfighter, which requires extraordinary reflexes and coordination, which is also required to be a surfer.