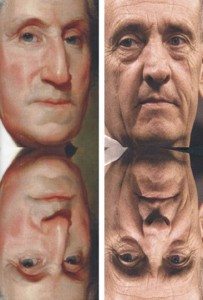 Revealed by: Spirit Being or Spirit Guide Ahtun Re in a Ryerson-Semkiw Reincarnation Research Session

My first book involves a cohort reincarnated from the time of the American Revolution. I found that a certain group of revolutionary leaders have been reborn in the contemporary United States and they once again have pursued political or military careers. These include Bill Clinton, Al Gore, George W. Bush and Alexander Haig.

In addition, Ronald Reagan, John F. Kennedy and Robert Kennedy were early leaders in post-revolutionary United States. These cases are described in detail in my book Return of the Revolutionaries.

Tommy Franks as the Reincarnation of George Washington

Tommy Franks, the commanding general who led the United States military response to the terrorist attacks of September 11, 2001, is identified my book Born Again as the reincarnation of George Washington.

Washington was first and foremost a soldier and military leader, not a politician, philosopher or writer. Though he played a very significant role in the American Revolution, he took on a larger than life persona as the Father of the United States as in the 18th century, soldiers were glamorized. Washington was in the right place at the right time to gain worldwide fame. Tommy Franks embodies the qualities of George Washington, the soldier and commander, but has not received the same level of publicity.

I found that another cohort reincarnated from the time of American Revolution has been involved in a spiritual revolution, or at least an attempt to make spirituality evolve to a higher level.

Neale Donald Walsch, Marianne Williamson, John Hagelin, Robert Roth, Barbara Marx Hubbard, Caroline Myss and Norm Shealy are part of this group. These cases are also found in Return of the Revolutionaries. A number of these cases, along with a reincarnation case involving Deepak Chopra, is found at the following page:

Physical Resemblance from One Lifetime to Another: A physical resemblance exists between George Washington and Tommy Franks.

Innate Past Life Talent: George Washington was a commanding US General in the Revolutionary War and Tommy Franks has replicated this achievement.