What is the Meaning of our Lives, Past, Present and Future? How Evidence of Reincarnation can create a More Peaceful World

There is ample evidence based on case studies involving young children who have spontaneous memories of past lives to conclude that reincarnation is a reality. The most compelling cases come from the work of Ian Stevenson MD at the University of Virginia.

Over a period of 40 years, Dr. Stevenson traveled around the world studying young children with spontaneous memories of past lives that could be objectively validated. Approximately 1200 of these validated reincarnation cases exist, which have been meticulously documented by Dr. Stevenson. Two cases that are especially dramatic because they were followed over a period of about 30 years and demonstrate physical resemblance from one lifetime to another are:

From independently researched case studies, such as those from the University of Virginia, principles of reincarnation can be derived. These include the findings that facial features, talents and passions can remain consistent from lifetime to lifetime. Further, research shows that we reincarnate with people we have known in prior incarnations. To understand how reincarnation works, please review:

How Reincarnation Research can create a More Peaceful World

One the most important findings that reincarnation research reveals is that individuals can change religion, nationality and ethnic affiliation from one lifetime to another. This observation has the potential to help create a much more peaceful world, as conflicts and war are usually based on differences in these cultural markers of identity.

A particularly impressive case in this regard involves the reincarnation of Anne Frank. Anne Frank was persecuted as a Jew and died in a Nazi concentration camp. In my assessment, she has reincarnated as Barbro Karlen, who was born into a Christian family in Sweden. If the Nazis knew that one could be born Jewish in one lifetime and Christian in another, then the Holocaust could not have happened. Similarly, if Muslims knew they could reincarnate as Christians or Jews and vice versa, the conflicts we witness in the Middle East would end. Please review the following pages.

Reincarnation Cases with Change of Religion, Nationality and Ethnic Affiliation

What I consider the most important independently researched reincarnation cases are compiled in my book Born Again.

The Purpose of Reincarnation 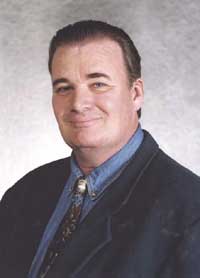 To fill in the gaps that reincarnation research leaves open, I have used another source for information. Since 2001, I have worked with Kevin Ryerson, the trance medium who is featured in the books of Shirley MacLaine. Kevin channels a spirit guide named Ahtun Re, who I have conversed with on a monthly basis since 2001. Ahtun Re and I have vigorous dialogues and over the span of time, I have come to the conclusion that Ahtun Re is truly a spirit being separate from the consciousness of Kevin Ryerson. Ahtun Re has an encyclopedic scope of knowledge and he has also demonstrated the ability to make accurate past life matches. Cases that show this ability can be reviewed at the following page:

Core Past Life Cases Solved through Ahtun Re

Dialogues I have had with Ahtun Re regarding big picture questions are summarized in my book Origin of the Soul and the Purpose of Reincarnation. In sum: 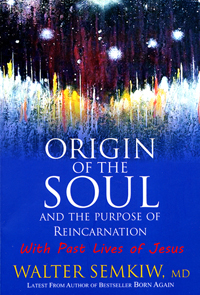 When we were created as souls, which are individual expressions of God, each of us was imbued with a certain set of energies or abilities, the sum of which I call one’s energy spectrum. These qualities predispose us to follow certain career paths and occupations. As such, musicians tend to reincarnate as musicians, scientists tend to reincarnate and pursue careers in science or technology and social activists tend to pursue activist roles across lifetimes. Much as we wake up in the morning with a personality consistent from the night before, from lifetime to lifetime, we are similar in the way that we approach life. How we express our energies can be altered by the genetic inheritance and life circumstances we are born with.

Reincarnation and the Establishment of Identity

In early phases of incarnation a chief task is to develop a stable sense of identity. Imagine if in your contemporary lifetime you have no memories of what happened prior to the current moment. You would not have a sense of identity. Experiences through a series of lifetimes builds identity. Identity is commonly based on the religion, nationality and the ethnicity that we are born into. When we are still immature souls, identification with these factors can be too strong, causing separation and conflict. We forget that we all originate from one source.

As we reincarnate, we can make mistakes and hurt others generating karma that must be worked out in future incarnations.

Just as a child must go through school and learn from mistakes in the course of becoming a self-sufficient human being, we as souls develop through the school of Earth life.

Becoming a Universal Soul through Reincarnation

After we establish a strong identity, develop our set of skills to a sufficient degree, work off karma and finally achieve an all-encompassing love of humanity, we no longer have to reincarnate and can instead pursue further experience and growth in the spiritual realms. On average, Ahtun Re says that it takes about 100 lifetimes to reach this point in development. This number can vary significantly based on the earnestness that a soul pursues spiritual growth and evolution through its incarnations.

Many, though, still choose to reincarnate, even when they don’t have to, in order to pursue projects to help humanity evolve. Ahtun Re estimates that at least 20% of the population on Earth is here on a voluntary basis. 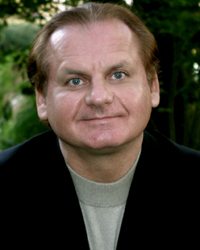 There are times when life can be very hard. During these episodes, we may dread having to reincarnate, but we do so at the behest of our own souls. As such, we should try to keep things in perspective, be kind to others and enjoy the journey as much as possible.