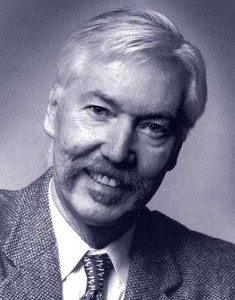 Mr. Peterson graduated from the University of Wisconsin, Madison, with a major in International Relations. He is also a graduate of the Foreign Service Institute used by State Department diplomats.

Mr. Peterson became a Peace Corps Volunteer immediately after completing his college work and was sent to Brazil for a two-year assignment. There, he worked to create the first privately funded welfare program in Brazil which today functions across the country and is supported by municipal governments. Upon completing this work, Mr. Peterson was appointed to the U.S. Foreign Service in 1967 by the President of the United States and was confirmed by the U.S. Senate. He then returned to work in Brazil as a diplomat with the American Embassy in that country. His diplomatic career eventually included assignments in South America, Africa and East Asia.

In 1980 Mr. Peterson resigned from the Foreign Service Corps and entered the U.S. Civil Service. He was a policy officer for the United States Information Agency (USIA) and later a manager of economic programs with the Bureau of Educational and Cultural Affairs of that agency. USIA was an independent agency of the White House. Mr. Peterson spent his last 14 years in government service as a Director of the Fulbright Scholarship Program that funds an exchange of scholars worldwide.

In 1997 Mr. Peterson retired from government service and moved to Henderson, Nevada. There he wrote his book, Extraordinary Times, Extraordinary Beings, that tells of his personal experiences with Maitreya and the various spiritual Masters of Wisdom. Since then, he has lectured across the United States, Canada, and Europe on the Masters, esoteric wisdom and the evolution of the soul. Mr. Peterson passed away on April 20, 2017.