Ted Butler is Killed by a Truck, Attends his Funeral, Becomes an Earthbound Spirit Who is then Rescued by a Lady on a Tram

Source: Communication from the deceased in this case was facilitated through the direct voice mediumship of Leslie Flint. George Woods and Betty Greene were present during tape recordings of Flint’s mediumship sessions and they asked questions of the deceased, who spoke in their own natural voices. Neville Randall reviewed these recordings and summarized the dialogues in his book, Life After Death. Dialogue in the article provided below has been slightly edited to make it more concise. 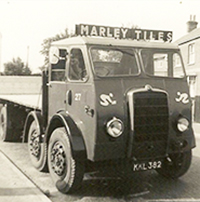 Ted Butler is Hit by a Truck

In a session that took place in February 10, 1964, a man named Ted Butler came through. Betty Greene asked Ted how he passed over. Ted replied:

“I was doing my Saturday shopping with my wife in Leeds, England, and I was crossing the road and before you could say Jack Robinson, something hit me. It was some sort of truck that I think got out of control down the slope. It got me pinned against the wall and I was out. I just remembered something coming towards me, and that’s all. It all happened so sudden. I have no memory of experiencing any pain.”

Ms. Greene asked, “How did you find yourself?”

Ted looks Down Upon his Own Body

“Well,” Ted replied, “All I know is that I saw a crowd of people all standing looking down at something. I had a look with the crowd and saw someone who looked exactly like me! At first I didn’t realize it was me.”

I thought, “That’s a coincidence. That fellow looks the same as I do. It might be a twin brother”

Then I realized that my wife was there crying her eyes out. She didn’t seem to realize I was standing beside her. 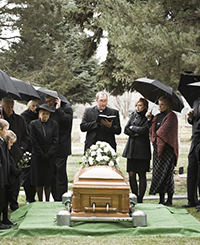 They put my body in an ambulance, and the wife got in, and some nurse. I got in and sat with my wife and she didn’t seem to realize I was sitting there at all. Then gradually it came on me that that was me lying down there.

I went to the hospital. Of course, they put me in the mortuary. I didn’t like that at all. So I got out quick and went home. There was the wife, Miss Mitchell next door, trying to comfort her. I think that was the worst time of the lot.

Then there was the funeral. Of course, I went to that. I thought to myself: “All this fuss and expense for nothing, because here I was.” I thought it was all very touching, but at the same time it all seemed so damn silly, because I there I was. Nobody took any notice.

The old parson was standing there reciting away. I thought, “He should know if anyone knows. So I went and stood beside him, and kept nudging him with me elbow in the side. He didn’t take any notice at all. He just went on with his ritual.

Then there was the gravediggers. I knew one of them, old Tom Corbett. He was a case he was, I’d many a pint with him and a laugh. He filled in the hole, and the other bloke filled in the old coffin and the grave. I thought this is a fine how do you do. I’m not staying down here with this lot, so I got out.

Ted rides the City Trams, where He Meets a Spirit Guide who Helps Earthbound Spirits 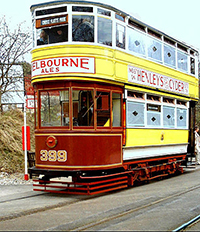 I must have hung around my house for weeks I should think. Once or twice I would go on the old trams. At first I was sort of all mixed up. But I used to have a laugh too sometimes. If the Corporation knew I was sitting in here and not paying my fare, they would say something.

I began to realize that everyone sitting in that tram wasn’t paying their fare either. One of the very first conversations I had was with a woman sitting next to me. I thought she seemed very sort of nice and all that. And she started up a conversation.

“What are you doing here?”

I thought, ”That’s a fine way to open up a conversation.” So I said, “What do you mean what am I doing here? I might as well be here as anywhere else.”

“I know,” she says. “But you ought to be doing something, not just going up and down in trams and buses and going worrying your wife. You can’t do anything that way.”

Of course, I realized that she was dead. I thought, “What’s she doing on the same lark as me?” 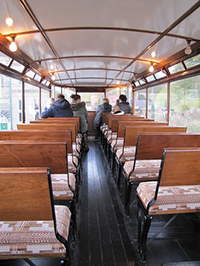 “As a matter of fact,” she says,” I’ve been coming up and down in the trams and the buses with you for some time. But you probably never noticed me until just now. I’ve been waiting for a chance to try to give you a hand.”

“Well,” she replied, “Don’t you think it’s time you got away from these conditions? It’s only your thoughts that’s holding you down. You want to do more than this surely, then hanging about Earth. Nobody takes any notice of you. What’s the point of it?”

“Well, some sense in that,” I says. “It’s true nobody takes any notice. But I find it’s better than sort of-well, not bothering at all. In any case I don’t know of anything else.”

“That’s your fault,” she says. “It’s your state of mind that keeps you down here. If you was to release your thoughts and think about things of a higher thought and nature, you’d get away from all this. Of course, I understand it’s partly due to the way you passed, the suddenness of it, and the thought vibrations of your wife and mother, and one or two others holding you down. But you ought to get away from all this. You come with me.”

Ted’s Helper brings Him to the Spirit Realm

“Well, where are we going?”

“Well, shall we get off at the next stop?”

“I don’t understand that.”

“You should know more by now,” she says, “that although you can get in a bus and sit on the bus and get off at the stop and get on at the picking up place and all that, you don’t have to. You don’t have to do what everyone else does. You are only doing things out of habit. You’ve got to get out of those habits and realize now that these things are unimportant, and by the mere thought you can transfer from this condition.” 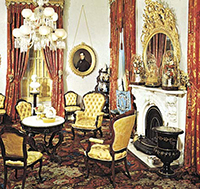 “Look,” she says, “Here’s my hand. You hold my hand, just close your eyes, and try not to think of anything in particular. Just make your mind a sort of blank.”

So I did as she told me. I found it a bit hard. I don’t know how long we must have been before we got off. I must have lost consciousness. The next thing I knew I was sitting in a very nice arm-chair opposite this lady in a very nice little parlor. Very nice, very pretty. There was a nice rug on the floor, and a wonderful feeling of light and warmth, what I thought was the sun shining through the windows. Everything looked spick and span. The table was nicely laid out. It was just as if I had gone somewhere for afternoon tea. I thought, “Where am I now?”

“Oh,” that’s very nice of you. I don’t know what my wife would think of me for sitting in a strange woman’s home!”

“Ah,” she laughed. “You shouldn’t think like that now. That’s far away from you. Now will have a nice chat and a nice cup of tea, and I’ll explain things to you.”

“That’s very nice of you dear.”

Deceased Children Grow Up in Heaven

She laughed: “I suppose you could call it work, but not work in the old way. My mother was a hard-working woman went on Earth. She used to take in washing and was always doing something. Now she goes to a place where she looks after children because she was always fond of children. Little children who died in infancy or when they were very young, and she helps to bring them up and look after them. She loves that work. She’ll be back soon. So, we will have a cup of tea.”

Ted has a Cup of Tea in Heaven 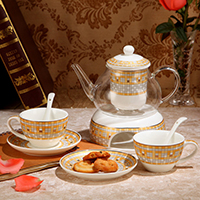 I thought, “That’s funny. I wonder if I’m going to taste it. When I used to go to my wife’s place and they were having a cup of tea, I used to think I’d like a cup of tea, but of course I could couldn’t pick up the cups, and I suppose I wouldn’t have tasted it.”

“Oh you will here,” she said, “because you are in an entirely different atmosphere. You are in your natural conditions now, so everything around you will be natural and real. You have this cup of tea, dear, and you’ll taste it. It will taste just the same as tea you have on Earth.

So I tasted it, and it was.

“Yes,” I says, “it’s very nice. But who’d have thought” I couldn’t help laughing– ”What would people on Earth would think of us sitting up here having cups of tea! They’d think we were crazy.”

“People just don’t understand,” she said. “Here, according to how you get on, and as you progress, so you find things there for your needs. If, when you first come, you feel it’s necessary to have this or that, it’s provided for. But it’s only a temporary thing until you’ve adjusted yourself to the fact that you don’t need those things. I don’t normally have tea or anything like that. But since you were a guest in my house and you’re getting gradually accustomed to things, I thought it would help you.”

“That’s very nice of you,” I said. “You shouldn’t have gone to the trouble.”

Ted is Told that He was an Earthbound Spirit

“Oh yes,” she says. “I make it a habit of going down to Earth if I can help someone like you who was an Earthbound.”

“Yes, that’s what you was, poor dear. You was tied down to the Earth because of your state of mind and your thoughts. You couldn’t release yourself. And that is part of my job, to help people release themselves from material things. I’ve traveled up and down that tram many a time with people because I used to live in that town many years ago. I’m doing my little bit. Thousands and thousands of people do that, you know, and I’m only one of them.”