Soul Planning from Spirit Realm with Gender Change in a Reincarnation Case: Past Life Story of L. Ennuyer | N. Jegou

Lionel Ennuyer Dies a in a Motorcycle Accident 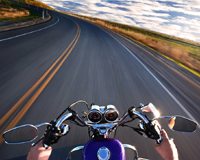 Lionel Ennuyer was born on August 22, 1953 in a suburb of Paris, France. Lionel’s mother was Yvonne Ennuyer and his sister was named Vivian. Lionel was a fun-loving boy who was very friendly, social and generous. He was so generous that he had few possessions, as he gave his things to others. He loved sports and participated in skating, skiing, tennis, swimming, shooting and cycling. His nick name was Yoyo.

As a young man, Lionel bought a motorcycle. On December, 23 1973, when he was 20 years of age, he went for motorcycle ride with friends following him in a car. He lost control of his bike and crashed into a roadside bench, striking his head and dying on the scene.

His mother, Yvonne, suspected that Lionel’s friends in the automobile had something to do with the crash, perhaps following Lionel too closely and causing the accident. None of his friends in the car, though, would admit to this. 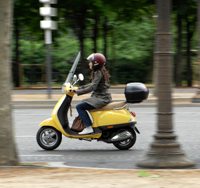 Nadege was born on December 30, 1974, almost exactly one year after Lionel had died. Nadege’s parents were Patrick and Vivian Jegou; Vivian was Lionel’s sister. Nadege was given the nickname Nana by her parents.

As child, Nadege spontaneously started to speak of Lionel’s motorcycle accident as if it happened to her. She said that her friend, who was driving the automobile behind her, struck the rear of her motorcycle, which made her lose control and crash into a bench. Nadege would recount the events of the crash repetitively and she seemed to be reliving the event.

When Nadege was 3 years old, Yvonne, her grandmother and the mother of Lionel and Vivian, showed Nadege a picture of Lionel. Yvonne said that the picture was of Yoyo, which was Lionel’s pet name. Nadege disagreed and insisted that it was a picture of her. Nadege used her own pet name, Nana, stating:

When she was shown a picture of Lionel on another occasion, Nadege similarly insisted that it was really a picture of her.

When Nadege was 4 years old, she had another spontaneous memory of her life as Lionel. Unexpectedly, Nadege said to Yvonne, her grandmother:

Nadege then realized that she didn’t know what carambars were. She then asked Yvonne,

Yvonne explained that the word referred to a caramel candy. Lionel was very fond of carembars, but Yvonne had never bought any for Nadege. After that explanation, Nadege said:

“I also used to buy some black things with white candy inside for my mama.” (4)

Yvonne confirmed that this statement was true. Yvonne loved licorice rolls, which were black tubes with white candy inside. Lionel did indeed by these licorice rolls for her.

When Nadege was 5 years old, Yvonne showed her a black and white photo of Lionel as an infant. Nadege looked at the picture and said:

“You know, when I was Yoyo, I wore this white blouse with blue embroidery.” (5)

A Tortoise Face and Other Behaviors from a Past Lifetime

There were other events in Lionel’s life that Nadege remembered, which she insisted happened to her, not Lionel. She also demonstrated behaviors that were typical of Lionel.

Lionel liked to make a certain funny face, in which he would push his lower lip far forward. He called this is “tortoise face.” When she was two years old, Nadege made this exact same face, though no one had told her about Lionel’s tortoise face, nor had Nadege ever seen a photo of the Lionel making the face. Lionel and Nadege made the face often.

When Lionel signed letters, he always drew a pipe with smoke curling out of it. When Yvonne once showed Nadege a sample of this pipe drawing, she adopted the habit herself, drawing the pipe in the same way next to her signature.

Like Lionel, Nadege was a very generous person and she gave her things away to others, just as Lionel had done. She also loved sports, like Lionel, especially skating, swimming and diving. At the age of 3 ½, Nadege fearlessly would dive into a pool from a height of 10 feet or 3 meters, as if she had done so before.

Yvonne, Lionel’s mother and Nadege’s grandmother, thought that there was a similarity in appearance between Lionel and Nadege, in that they both had the same asymmetry of the eyes. Unfortunately, photographs are not available to us for review.

The strength of this case rests upon the uncanny memories that Nadege had of events in Lionel’s life, starting with her spontaneous memory of the motorcycle accident that ended his life. She also spontaneously remembered the carambar candy that Lionel loved and the color of the embroidery of Lionel’s shirt, which he wore when he was young. If this reincarnation case is accepted, it has the following features:

Soul Planning: Same Family Reincarnation: Nadege was born to Lionel’s sister, Vivian. As such, it appears that Lionel planned his reincarnation to be reunited with his family, including his past life mother, Yvonne, who became his contemporary grandmother.

Reincarnation & Change of Gender: Lionel reincarnated as a Nadege, a female. Despite the change in gender, Lionel and Nadege demonstrated common behaviors, such as generosity and a love of sports.

Physical Resemblance: Yvonne, the mother of Lionel and the grandmother of Nadege, perceived a similarity of appearance between Lionel and Nadege regarding the asymmetry of their eyes. Of course, since this is a same family reincarnation case, the similarity in appearance may have been due to genetic factors.