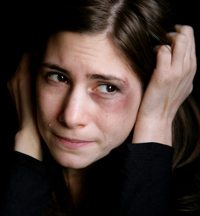 Kalevi Paasio was born on December 11, 1987, in Ylojarvi, Finland, near Tampere. His mother was named Sylvi and his father, who was called Risto, had a violent temperament. Sylvi had to call the police, at times, when Risto beat her.

Due to the physical abuse, Sylvi separated from Risto, though he retained rights to their son, Kalevi. When Risto took possession of Kalevi for a weekend, he killed his son. Risto confessed that he went into a rage, attacked his son in several ways and in the end, struck his son on the head four times with a plank of wood. The murder occurred on May 11, 1990. Risto was arrested, convicted and then committed suicide in prison.

Kalevi Appears as a Spirit Being

A few months after Kalevi’s murder, his mother, Sylvi had a dream which was so real that she didn’t know if it was a dream or reality. She had never had a dream that was so real before. 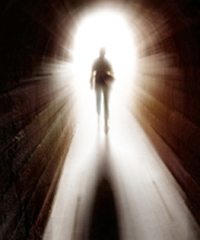 In her dream, Sylvi heard the doorbell ring. When she opened the door, Kalevi and Risto were there. Risto left but Kalevi came into the house and sat on a window sill. Ian Stevenson writes:

“Sylvi tried to touch him and found that her hand went through him.” (1)

At the time, Sylvi was living with a man named Veikko Sorsa. They lived in a different village from when Sylvi was married to Risto. Not long after Sylvi’s dream of Kalevi, she became pregnant. She and Veikko married afterwards and their son, Paavo, was born a little more than 13 months after Kalevi had been killed.

Paavo Wants to Go to his Past Life Home

When Paavo was about 3 years old, he was playing with his sled outside his home. When called to come inside, he refused to come into the house. Paavo said this was not his house and that he wanted to go to “his own home.” (2)

This is reminiscent of the case of Anne Frank | Barbro Karlen, in which Barbro also told her parents that she had a different home and that her real parents would soon come and get her.

Once, Paavo found a photo that police had taken of Sylvi after Risto had beaten her. In seeing this photo, Paavo began crying violently and said to Sylvi:

Paavo Claims Photos of Kalevi are of Him

When Paavo saw photos of Kalevi, he claimed that they were pictures of him. Stevenson noted that Kalevi was perplexed that these were photographs of another child.

There was a marked resemblance between Paavo and Kalevi, which made people think that the two boys had the same father. Of course, Paavo’s father was Risto, while Kalevi’s father was Veikko.

Soul Plan for a Future Lifetime and Same Family Reincarnation: The soul of Kalevi was able to plan an incarnation from the spirit world in which he was born to his past life mother. It appears that this second lifetime was driven by Kalevi’s attachment to his mother, Sylvi, and his desire to protect her.

Spirit Being Involvement: Sylvi had an announcing dream, which was so real she didn’t know if it was a dream or not. In this dream, Kalevi came to her and sat on her window sill. Shortly thereafter, Sylvi became pregnant with Paavo, who appears to be the reincarnation of Kalevi. If this is true, then Kalevi was able to communicate with his mother from the spirit world.

Physical Resemblance: It was noted that Paavo looked so much like Kalevi that people thought they had the same father. Kalevi and Paavo had different fathers, but the same mother, so genetic factors could still play a factor in explaining their physical resemblance.