Revealed by: Ahtun Re in a Ryerson-Semkiw Reincarnation Research Session

I was watching a program on the construction of the Mount Rushmore National Memorial, which was driven by the passion of Danish-American artist Gutzon Borglum, who is pictured below and to the left. Images are inverted to better appreciate bone structure or facial architecture. Since we tend to repeat patterns across lifetimes, I thought it would be interesting to investigate past lives for this individual, who was fascinated with creating gigantic monuments of national heroes.

Ahtun Re revealed that Borglum was the chief sculptor and artist of the Abu Simbel temples, massive rock temples also carved from mountains. Like Mount Rushmore, huge sculptures of national leaders, such as Pharaoh Ramses II, as well as of Egyptian religious deities, were created. The Abu Simbel temples were constructed around 1250 BCE and Mount Rushmore can be considered a modern version of Abu Simbel. 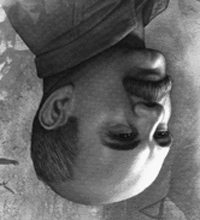 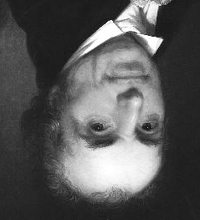 Ahtun Re also revealed a more recent incarnation of Gutzon Borglum (right) as Jean-Antoine Houdon, who lived from 1741 to 1828. Houdon, pictured above and to the left, was famous for doing sculptures and busts of leaders of the Enlightenment, including political leaders such as Napoleon Bonaparte, Louis XVI, Thomas Jefferson and George Washington. As such, if this reincarnation case is accepted, Houdon did a famous statue and bust of George Washington, as well as of Jefferson, then reincarnated as Borglum to create gigantic busts of these same individuals, Jefferson and Washington, on Mount Rushmore. 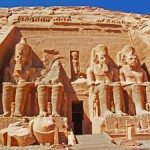 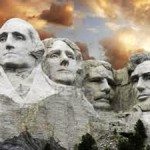 Innate Talent: In three incarnations a talent for sculpture is demonstrated, with an interest in immortalizing national heroes and leaders. In the Egyptian and Borglum incarnations, this soul created sculptures of monumental size, which resulted in the creation of the Abu Simbel temples and the Mount Rushmore memorial.

Change in Nationality and Ethnic Affiliation: This soul has had incarnations in Ancient Egypt and, as Houdon, in France. Borglum was of Danish-American heritage.