From: Le Messager de Liege and European Cases of the Reincarnation Type, by Ian Stevenson

Past Life Memories: A Railroad Mechanic’s Daughter Remembers a Past Lifetime as a Pharmacist 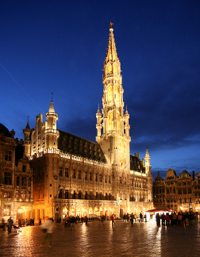 P. Courtain was a retired mechanic for the Belgium state railroad. His daughter, Blanche, suddenly remembered a past lifetime in which she was a pharmacist in Brussels, 40 kilometers or 25 miles away from where the family lived in the village of Charleroi.

This case was first published in the spiritualist journal, Le Messager de Liege, in 1911. Ian Stevenson later included it in his book, European Cases of the Reincarnation Type.

By the age of five, Blanche showed indications of clairvoyance, as she would accurately describe her maternal and paternal grandparents, who had died 15 years before Blanche was born. Her parents knew nothing about clairvoyance or spiritualism and they were concerned that Blanche had some type of mental illness.

As such, they took her to a doctor who prescribed a medication, which, along with the doctor visit, cost a great deal–7.5 Francs. The next day, Blanche refused to take the medication, explaining to her parents that someone near her, apparently referring to a spirit being, told her she would get her well without it.

Past Life Memory: Blanche Gives the Address of Her Past Life Pharmacy in Brussels

In addition, she said that she knew what to take on her own, as she had been a pharmacist. Her parents were stunned at this statement. Blanche then said:

“I was a pharmacist in Brussels.” She then gave her parents the address of the pharmacy, with street name and number. “If you don’t believe me, go and see for yourself. There is still a pharmacy there and the door of the place is completely white.” (1)

Geographic Past Life Memory: Blanche Leads Her Sister to the Past Life Pharmacy 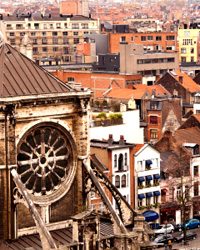 Two years later, Blanche’s older sister was planning to go to Brussels, pictured to the right, and their parents suggested that Blanche go with her. Blanche then said:

Her parents objected: “But you don’t know Brussels.” Blanche replied:

“That makes no difference. Once I am there I will show my sister the way. (3)

The girls made the trip and at the Brussel’s railroad station, her sister challenged
Blanche:

Blanche replied: “All right. Come on. It is this way.” Blanche then led her sister on a brisk walk. After a period of time, Blanche said:

“This is the street.” Look! There is the house and you can see that it is a pharmacy.” (5) 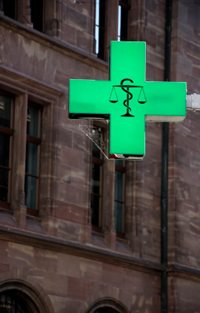 “Her sister, amazed, found that everything Blanche had said—the street, the number of the house, and the color of the door—were exactly as Blanche had described. No detail was incorrect.” (6)

Geographic Memory: The strength of this case rests upon Blanche’s ability to know the exact address of pharmacy in Brussels, then find it on her first trip to Brussels. Please note that this case was first published in 1911, long before this type of information was easily accessible, such as through the Internet.

Blanche’s ability to find the pharmacy is reminiscent of the Anne Frank | Barbro Karlen reincarnation case, in which Barbro was able to lead her parents to the Anne Frank House on her first trip to Amsterdam.

Spirit Being Involvement: Blanche was able to accurately describe her maternal and paternal grandparents, who had died over a decade before Blanche was born.