Reincarnation Case of Walter Miller | Michael Wright: After a Car Crash, A Deceased Boyfriend Reincarnates as his Girlfriend’s Son 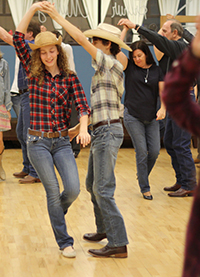 From: Children Who Remember Previous Lives, by Ian Stevenson

Walter Miller Dies in a Car Crash After a Dance

Walter Miller was an amateur artist who started dating a girl named Catherine in high school. Walter did drawings for Catherine. They lived in a small town in Texas. After being together for 3 years, they planned to become engaged and then married.

One evening, Walter and his friend Henry Sullivan went to a dance which took place in a neighboring town. Walter was driving home from the dance when he apparently fell asleep at the wheel. His car ran off the road and crashed. Walter Miller died almost instantaneously from a broken neck. Henry  Sullivan escaped without major injury. The accident in which Walter died occurred in the summer of 1967, while his was a junior in high school. 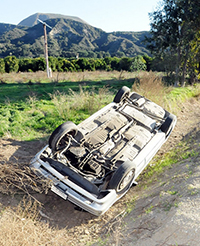 Though Catherine grieved Walter’s death, about a year later, in June 1968, she married another boyfriend, whose name was Frederick Wright.

A Reincarnation Announcing Dream: Walter Indicates that He will Come Back to Catherine

Catherine and her husband, Frederick, first had a daughter. In 1975, the couple had a son who they named Michael. 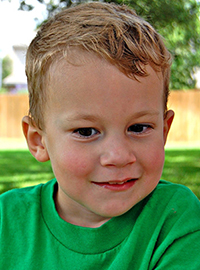 When Michael was three years old, he startled his mother by uttering the name of Walter’s sister, Carole Miller.

Michael later gave a detailed account of Walter’s automobile accident. He said: “A friend and I were in a car, and the car went off the side of the road, rolled over and over. The door came open, and I fell out and was killed.”

An Observation from Heaven: Walter’s Body was Transported Over a Bridge

Michael also said the glass in the car had broken and that he had been carried over a bridge after the accident. He also correctly named the town where the dance took place that they were returning from on a highway.

Michael added that he and his friend had stopped at a restroom on their way home prior to his fatal accident. He said that his friend’s name was Sullivan and he correctly reported Henry Sullivan’s nickname. Michael also gave accurate information regarding Walter’s home and the home of Henry Sullivan.

Catherine knew these statements were correct based on a newspaper article regarding Walter’s accident, which included a photograph of the wrecked car. The ambulance that transported Walter’s body had indeed crossed a bridge on its way to the morgue.

Relationships Renewed through Reincarnation: Walter Miller was torn from his beloved girlfriend Catherine by a fatal automobile accident, but returned to her as her son, Michael.

Spirit Beings in Reincarnation Cases: Michael knew that Walter’s body was transported over a bridge after the accident. As this occurred after Walter’s death, his soul appears to have witnessed this event from the spirit world. In addition, the soul of Walter | Michael sent an announcing dream to Catherine indicating that he would come back to her through reincarnation.