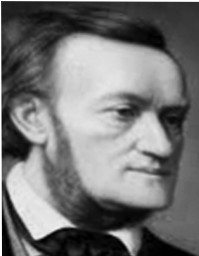 Since I started working with Kevin Ryerson in 2001, I have wondered who Bob Dylan was in a past lifetime, given his cultural impact.

When I work on the computer, I listen to streamed music, including to a Bob Dylan channel. I have been struck by the eternal quality of his music, which combines complex, moving stories with beautiful melodies. It occurred to me that his songs are like miniature operas.

Through my work with Ahtun Re, a spirit being channeled through Kevin, though we have identified the contemporary incarnations of many classical composers, we had not established a match for Richard Wagner, an opera master. I had the thought or intuition that Bob Dylan may be the reincarnation of Richard Wagner.

In reading about Wagner, I learned that he was unique in that before him, opera composers created music for their operas, but relied on others to write the libretto, the story or lyrics for the opera. Wagner, in contrast, wrote the music, as well as the libretto, the lyrics, for his operas. This is consistent with Bob Dylan creating beautiful melodies, as well as profound stories, for his songs. 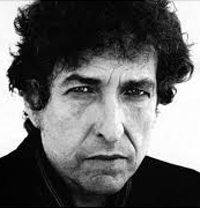 In a session with Kevin Ryerson, Ahtun Re affirmed that Bob Dylan is the reincarnation of Richard Wagner. I asked Ahtun Re why he didn’t provide this match before. He replied that it is a fairly obvious reincarnation case and he wanted me to figure it out on my own, which in retrospect, I do appreciate.

Physical Resemblance in Reincarnation Cases: Though it is not the best physical match, there is a similarity in bone structure between Richard Wagner and Bob Dylan. Facial features are determined by the interplay of the soul’s energy template and genetic factors. Wagner’s heritage was Aryan and German, while Bob Dylan has a Jewish family background, which can account for the differences in soft tissue structures.

Innate Past Life  Talent: As noted, Richard Wagner’s genius for combining beautiful melodies with intriguing stories or lyrics is reflected in the songs of Bob Dylan.

Change in Religion, Nationality and Ethnic Affiliation: Richard Wagner was German and Christian, while Bob Dylan was born into a Jewish family of Ukrainian descent.