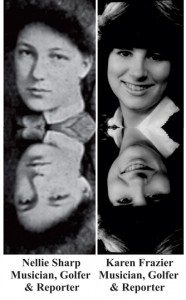 For all of my life, I have had recurring dreams about train derailments. I have had these dreams since I was about five years of age, and they occur to this day. I would guess I have about one per year since that time. Interestingly, many have corresponded with actual train derailments. That is, I have the dream, and within 24 hours a derailment shows up in the news.

Past Life Obsession with the Wellington, Washington Avalanche & Train Derailments

In 2009, someone told me about the worst avalanche disaster in the history of the United States, which occurred at Wellington, Washington in the North Cascade Mountain Range in 1910. The avalanche swept two trains off the face of a mountain, killing at least 96 people. A photo of the aftermath of the derailment is provided below. Place your cursor on the image to enlarge it. 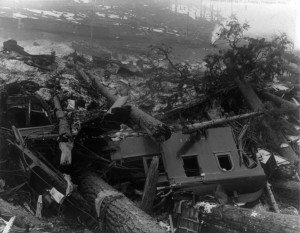 From the first moment I heard about Wellington, I was drawn to it. My husband describes it as a “near-obsession” with Wellington. In fact, I’ve written two books about the subject and spent hundreds of hours at the location in spite of the fact Wellington is about 3 hours from my home. Likewise, I’ve spoken about Wellington at conferences, as well as on radio and television.

The Life of Nellie Sharp: A Victim of the Wellington, Washington Avalanche & Train Derailment

As I began my research into Wellington in 2009, one of the train passengers killed in the avalanche drew my attention. Her name was Nellie Sharp and she was 26 years old when she was killed. As I felt drawn to her, a friend, Elaine Davison, and I began researching Nellie. It took us five years to get all the information we currently have about her.

Nellie was born in Bloomington, Illinois in December of 1893, the youngest of seven or eight siblings. Her parents were George and Minnie Sharp. George was a railroad engineer running out of Bloomington or Chicago. The Sharp family lived in several places, including Missouri, Texas, and Oklahoma. At the age of 21, she married John T. McGirl . The couple moved to San Francisco and was there for the earthquake of 1906. By 1910, Nellie and John had separated.

Nellie was a musician who played the clarinet. She worked for a short time as a telephone operator. She was also a writer who’d written for local newspapers and covered events such as the St. Louis World’s Fair. She was a golfer, as well. 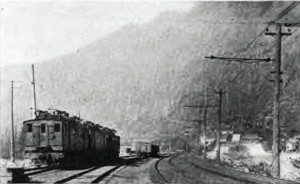 February 1910 found Nellie in Spokane, Washington with her friend, Mrs. Herbert Tweedie. The two were heading in separate directions on trains so they could write about their adventures in the Wild West for McClure’s magazine. They drew straws to see who went in which direction.

By this simple twist of fate, Nellie Sharp McGirl wound up on Great Northern Railway’s Local No. 25, headed for Seattle. In the North Cascade mountain range at the town called Wellington, this train, along with a second, became stuck in snow for the next nine days, as snowstorms raged around them. At 1:42 AM on March 1, 1910, a lightning bolt struck the hillside above the trains, which triggered an avalanche. The train Nellie was in, along with the second train, was swept down the mountainside and deposited on the banks of the Tye River. Nellie was one of at least 96 people killed.

Reports from avalanche survivors suggest Nellie hung out with “the smart crowd” on the train. They were a group who would gather and laugh, drink, and smoke cigars. Some reports suggest she also helped out waiting tables at the local restaurant in Wellington, at the Hotel Bailets, when train passengers ate their meals. A photo of Wellington before the avalanche, as Nellie would have experienced it, is provided above.

When Nellie was killed in the avalanche, John McGirl was still listed as her next of kin. He took the money the railroad provided so the families of the victims could bury them, but he left Nellie’s body behind at Wellington. Instead, two of her sisters came from the Midwest and claimed Nellie’s body. Without the funds from the railroad, the family couldn’t afford a headstone, so Nellie is buried in an unmarked plot.

I was born in December of 1965. My father was Catholic and my mother Protestant. I don’t currently practice any religion. I went to college and got married when I was 21. I divorced a few years later. Like Nellie, I am a musician. Nellie played clarinet while I play flute, piano, mandolin, and percussion instruments. Nellie was a golfer as am I. In fact, I’ve been golfing since I was a child because my grandfather was a golf pro. Like Nellie, I work professionally as a newspaper reporter and a freelance writer.

Nellie’s personality has been described as intelligent, irrepressible and of ebullient good humor. Many have described my personality in terms similar to those used to describe Nellie Sharp. I am intelligent, very good-humored, and energetic.

All my life, I have also dreamed of earthquakes. I am geosensitive, and can often accurately predict earthquakes. As noted, Nellie was in the great San Francisco quake.

A Past Life Physical Resemblance between Nellie Sharp & Karen Frazier

A friend of mine spent several months trying to locate a photograph of Nellie Sharp because she was curious about the connection. Recently, she found one and showed it to me. Nellie was in her late teens in the picture (it was used for her college admission application, and she went to college when she was 16). I had myself convinced that if Elaine ever found Nellie’s picture, it wouldn’t look a thing like me. I was certain that the similarities I discovered between Nellie and me were mere coincidence. That’s why I was surprised when I saw the picture, and it looked like my paternal grandmother. Likewise, the photograph looked similar to a picture I’d seen of myself when I was much younger – but I couldn’t remember what it was.

After some digging, I realized it was a picture from when I was about 22. I see many similarities between Nellie and me in these pictures. Our hair is the same color and texture, and appears to be of the same thickness (my natural hair color is much darker than the attached photograph and I no longer look like I belong in an 80s hair band). I see similarities in the set of the eyes, the cheekbones, the nose, and the shape of the mouth.

Karen’s story suggests that she is the reincarnation of Nellie Sharp. Though independently researched by Karen, I did review her case in session with Kevin Ryerson. Ahtun Re, the spirit guide channeled through Kevin who has demonstrated an ability to make past life matches with a high degree of accuracy, agrees or affirms that Karen Frazier is the reincarnation of Nellie Sharp. The work I have done with Kevin can be reviewed at: Ryerson-Semkiw Reincarnation Cases

Physical Resemblance in Reincarnation Cases: Nellie and Karen have similar facial architecture or bone structure. Similar physical appearance would be better appreciated if they were captured in the same expression. In the images featured above, Nellie is photographed with a slight smile, while Karen has a wide grin.

Past Life Talent: Nellie and Karen share abilities as musicians and golfers. They both have been employed as writers or reporters.

Affinity Reincarnation Case: Karen had an immediate attraction, bordering on obsession, with the Wellington train disaster. With her research of the event, she was intrigued by Nellie Sharp, a victim of the avalanche. I term reincarnation cases in which individuals are drawn to their own past life personas as “affinity cases.” A pair of compelling affinity past life cases are the: Reincarnation Cases of Laurel & Hardy