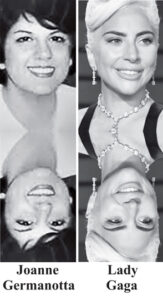 Affirmed by: Spirit Being or Spirit Guide Ahtun Re in a Ryerson-Semkiw Reincarnation Research Session

In Shah Rukh Khan Interview, Lady Gaga Says She is her Aunt Reincarnated

I first became aware that Lady Gaga believes in reincarnation when I was posting Shah Rukh Khan’s past life case as Sadhona Bose on the ReincarnationResearch.com website and looked him up on the Internet to find a link to his movie, Om Shanti Om, which is about reincarnation.

The Times of India attributed the fast track production of this movie to publicity generated by the release of my book, Born Again, in India in 2006.

In my Internet search I learned that Shah Rukh Khan had interviewed Lady Gaga when she visited India. In this interview, Lady Gaga revealed to him that she believes that she is the reincarnation of her paternal aunt, Joanne Germanotta. She also shared that when she talks about reincarnation in the United States, people treat at her as if she is crazy. Lady Gaga’s belief that she is the reincarnation of her aunt Joanne was reported in the Times of India. Click on images to enlarge them.

The Life of Joanne Stefani Germanotta 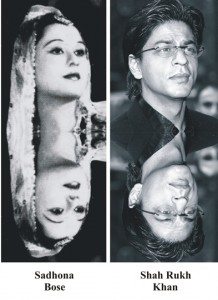 Lady Gaga’s aunt, Joanne Stefani Germanotta, the sister of her father, Joe Germanotta, was born on March 12, 1955 and died of lupus erythematosus when she was 19 years of age on December 18, 1974.

Lady Gaga, which is her stage name, was born as Stefani Joanne Angelina Germanotta on March 28, 1986, a little over 11 years after her paternal aunt died of lupus. Though Lady Gaga never met her Aunt Joanne, she feels a very strong connection to her and, as noted, she believes that she is the reincarnation of her Aunt Joanne.

Lady Gaga told Britain’s News of the World, “I realized my father’s sister, Joanne, who’d died at 19, had instilled her spirit in me.” “She was a painter and a poet – and I had a spiritual vision I had to finish her business. I never met her but she’s been one of the most important figures in my life.”

Lady Gaga has noted, “My middle name is Joanne, which is my dad’s sister’s name, and her middle name is Stephanie, which is my birth name. It all just kind of comes together in this interesting way. Whenever I see my grandmother or my family, they say: ‘You look so much like her.’”

In a personal correspondence in 2016, a family member of Lady Gaga also shared with me that he sees a similarity of facial features between Joanne and Lady Gaga. In the image comparisons provided, Joanne’s face is fuller, which may be due to her disease, lupus, which can cause facial swelling.

Lady Gaga also attributes her aunt Joanne as intervening from the spirit world to help her emerge from an addition to cocaine and helping her to focus on her career as a singer and artist. If Lady Gaga is the reincarnation of her aunt Joanne, this would have been her own higher self or soul that enacted this intervention.

For A Moment is poem written by her aunt Joanne Germanotta, which Lady Gaga published in her The Fame album booklet. She explained that she did so because her late aunt never had the chance of being published during her life.

In a session with Kevin Ryerson, I asked Ahtun Re, the spirit guide that Kevin the channels, who has demonstrated the ability to make accurate past life matches, whether Lady Gaga is the reincarnation of her aunt or whether her deceased aunt Joanne is serving as a spirit guide to Lady Gaga.

Ahtun Re responded that Lady Gaga is the reincarnation of her deceased paternal aunt Joanne Germanotta.

Physical Resemblance in Reincarnation Cases:  Lady Gaga has stated, “Whenever I see my grandmother or my family, they say: ‘You look so much like her.’” As noted, a family member of Lady Gaga also shared with me that he also sees a similarity of facial features. In the images provided, Joanne’s face is fuller than that of Lady Gaga, which, as mentioned, may be due to Joanne’s condition of lupus, which can cause facial swelling. Of course, similarity in facial features can be explained by family genetics.

Innate Past Life Talent: Lady Gaga has noted that her late aunt Joanne Germanotta was a poet and an artist, and that she feels that her aunt’s talent is expressed through her.

There is very strong evidence that souls can plan lifetimes and be actively involved in the process of conception, as dramatically demonstrated in:

The Power of Souls: Twins in India are Murdered, then Reincarnate as Twins Again

Affinity Case: Lady Gaga is attracted to her own past life persona, Joanne. Other affinity cases include those of Halle Berry and Laurel and Hardy.