Reincarnation Case of Hardevbaksh Singh | Nasruddin Shah: Change of Religion from Hindu to Muslim in a Past Life Case

From: Can the Mind Survive Beyond Death, Volume 1; Reincarnation Research, by Satwant Pasricha, PhD

The Life and Death of Hardevbaksh Singh 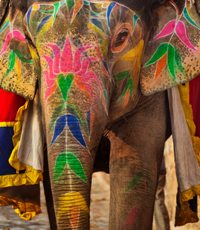 Hardevbaksh Singh lived in Phargana, a town in the northern Indian district of Shahajahanpur. He was Hindu and a member of the Thakur caste, one of the higher castes or classes in India.

Hardevbaksh was a landowner and raised cattle. His cousin owned an elephant.

When he was about 70 years old, a fight erupted when his distant cousins alleged that Hardevbaksh’s cattle had trespassed onto their fields. Even a son of Hardevbaksh sided with the cousins in this dispute. The group attacked Hardevbaksh and killed him. He died on March 21, 1961.

Hardevbaksh, a Hindu, Reincarnates as a Muslim

Nasruddin Shah was born about a year later in April 1962 into a poor Sunni Muslim family, in the town of Allahaganj, which is about 10 kilometers or 6 miles from Phargana.

At the age of 2, Nasruddin started to talk about a past life in which he was a Thakur. He said that he died in a fight and that one of his sons was among the murderers.

One day, an elephant came to Allahagnj whose rider was from Phargana. Nasruddin claimed that the elephant was his. Nasruddin’s story that he was killed in a fight by one of his own sons and his claim to the elephant thus reached the community in Phargana. The widow of Hardevbaksh Singh heard of Nasruddin’s statements and along with one of her sons, she traveled to meet Nasruddin.

Nasruddin Recognizes his Past Life Wife and a Past Life Son

Upon arrival their arrival, Nasruddin identified the visitors as his mother and son from his past incarnation.

Past Life Behavior: Nasruddin, a Muslim, has a Hindu Mindset 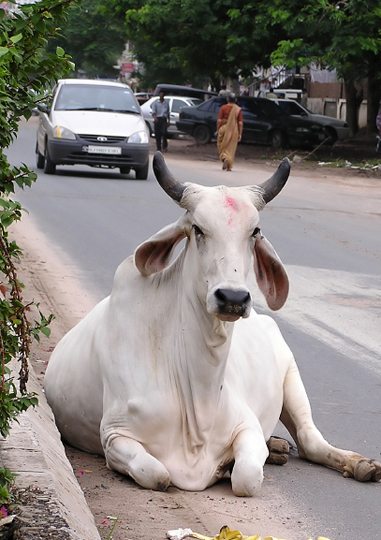 In addition to making these identifications, Nasruddin demonstrated behaviors of a member of the Hindu Thakur caste, which was very unusual for a boy born into an impoverished Muslim family. These included:

Refusing, from an early age, to eat beef

Refusing to eat food on a plate used by someone else

Refusing to drink from someone else’s glass

Nasruddin’s family noted that this Thakur behavior, which they regarded as “snobbery,” lasted until he was 13 to 14 years of age. In addition, he refused to go with his father to the mosque, he refused to say Muslim prayers and he refused to join his family in fasting for Ramadan. Nasruddin even would ridicule his family for observing these Muslim customs, such as fasting during Ramadan.

Past Life Birthmarks: Nasruddin’s has Birthmarks that Reflect Hardevbaksh’s Wounds

It was observed that Nasruddin had birthmarks that corresponded to the wounds inflicted on the body of Hardevbaksh Singh. (1)

Change in Religion & Caste: Hardevbaksh was Hindu, but was reborn as Nasruddin into a Muslim family. Nasruddin still identified with the Hindu faith and his past life caste as a Thakur and in an immature fashion, criticized his family’s observance of Muslim customs.

Birthmarks from a Past Lifetime: Ian Stevenson, MD wrote extensively on how wounds, such as bullet or stab marks, from a prior lifetime can result in birthmarks in the same locations on the body in a subsequent reincarnation.