Please submit your questions to Walter Semkiw, MD at walter@reincarnationresearch.com

1. If reincarnation is real, then how can the population be so much larger now than in the past?  How can there be so many more people on the planet today than before?

As an example, in past eras a soul may have only been able to incarnate once every 1000 years, but when the population grew ten times larger over time, a soul could then incarnate every 100 years.  As Earth’s population has grown over the centuries, souls have had the opportunity to incarnate more often.  With today’s population, it appears that souls can incarnate almost continually.  In the Ian Stevenson, MD past life cases involving Suzanne Ghanem (pictured to thre right) and Daniel Jurdi, reincarnation occurred with one year.

Another way to explain Earth’s increased population is split incarnation, where one soul can inhabit more than one human body at a time.

2. Why is everyone famous in a past lifetimes?

The second question often raised is why does it seem that everyone is famous in past lifetimes?  The skeptic appropriately jokes about how many people believe they were Cleopatra in a past incarnation.

In truth, most people were not famous individuals in prior lifetimes, though famous people do have to reincarnate like everyone else. 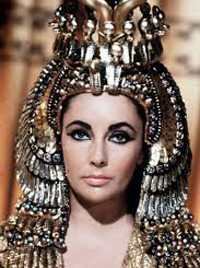 Landmark associations can be made in several ways.  It can occur through a personal feeling or intuition, a psychic may tell us that we were someone famous, or we may be led to believe that we were a famous person based on a past life regression.

By the way, ironically, a contemporary incarnation for Cleopatra has been posed on the ReincarnationResearch.com.  To learn more, go to: Cleopatra Reincarnated

Mistakes can also be made because a famous person may be acting as a guide to a person.  We all have spirit guides that try to help us in our lives.  Deceased relatives and people who we have had close relationships with in past lifetimes can serve as spirit guides.

Sometimes, an individual can confuse a spirit guide for one’s own past incarnation.  For example, a person may have been an assistant to Leonardo da Vinci in his art studio and in a contemporary incarnation, Leonardo serves this person as a spirit guide.  This person pursues a career in art and at times gets inspiration from Leonardo, who is coaching the person from the other side.  The person perceives a connection to Leonardo and then starts to believe that they indeed were Leonardo da Vinci in a past lifetime, though in reality, Leonardo is serving as a spirit guide.

A case that Ian Stevenson, MD researched that demonstrates how a spirit guide can work through a living person is found in the Rosario Weisz | Henrietta Roos-Weisz reincarnation case, which involves the famous Spanish painter Francisco Goya. 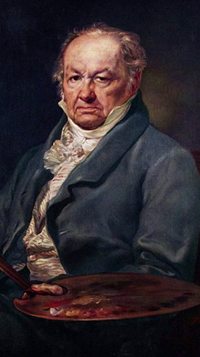 Rosario and her mother took care of the aging Goya for a period of 10 years up until his death. After her own death, Rosario reincarnated as Henrietta, who had a natural talent for art. When she was 33 years old, Henrietta started to get telepathic messages from Goya and Goya started to paint through her. When this phenomenon started, the first painting was created in the dark.  These episodes were marked by Henrietta painting extremely rapidly and with great ease, which typified Goya’s method of working.

Henrietta was very aware that a spirit being was painting through her, but if she was not conscious that a spirit guide was involved, she could easily have misinterpret the situation and come to believe that she herself was Goya in a past lifetime.

Please note that spirit being involvement in reincarnation cases is frequently observed.

By the way, a recent incarnation of Leonardo da Vinci has been posted on the our web site.  To learm more, go to: Science and Technology Reincarnation Cases

It is quite easy for people to mistakenly believe that they were a famous person, as most of us do have insecurities.  Believing we were someone famous in a past lifetime can make us feel much better about ourselves.

To reiterate, most people who believe that they were someone famous in a past lifetime are mistaken.  On the other hand, famous people do have to reincarnate like everyone else.

It should be noted that it is much easier to research individuals who have been famous in past incarnations as a historical record has been left.  In the past, as little as 100-200 hundred years ago, if an individual did not do something very significant, then historical records and portraits would not exist.  If records regarding an individual’s past life do not exist, it would be impossible to find this individual historically.

It is also true that souls who have made a great impact in a prior lifetime do tend to make significant impacts in subsequent lifetimes, as these souls bring earned skills with them from one incarnation to another.  Reincarnation can explain child prodigies in this way.  As such, someone who was famous in a past lifetime has a good chance of achieving fame in subsequent incarnations.  These types of accomplished souls are easier to identify in past and contemporary incarnations.

Thus, a bias does exist, in that individuals who were famous in the past are much easier research and identify.

We don’t know for sure why only a small percentage of people remember their past lives. We can consider that those who do remember past lives have a sort of psychic gift, just like some people have psychic abilities while most of us don’t.

The argument has also been made that we are not supposed to remember past lives as it can be overwhelming and may compromise our ability to focus on our current lifetime. Consider how most of us have regrets about mistakes we have made, which can lead to depressed feelings. Having knowledge of regrets accumulated over multiple lifetimes can be overwhelming. In other words, not remembering past lives allows us to have a fresh start.