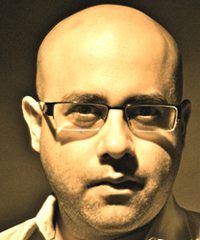 Prashant was born in India, but spent several years of his childhood in Minneapolis, Minnesota, before returning to New Delhi. As a teenager, he had the good fortune to correspond with Indian Prime Minister Rajiv Gandhi. In New Delhi, he attended the prestigious St. Stephen’s College, which is comparable to Harvard in the United States, where he studied history.

After college, Prashant worked as a journalist and he continues to be a contributor to the Times of India and The Hindustan Times. His articles can be reviewed at his website, which is provided below. He is the author of the book “Shadows of Truth: A Collection of Short Stories.”

Prashant subsequently earned a degree in law. He then joined his family’s real estate business, which is his primary focus at this time.

Prashant has contributed a reincarnation case involving himself and his parents. A link to this case is provided below: