How Derived: Mediumship, Spirit Being Communication

From: La Revue Spirite and European Cases of the Reincarnation Type, by Ian Stevenson, MD

Spiritual Communication through an Ouija Board

This case occurred in 1924 in France and involves Dr. Maurice Delarrey and his wife, Jeanne, whose maiden name was Boileau. They experimented with an Ouija board and began getting communications that they thought were genuine messages from the spirit world.

It was Jeanne who would use the Ouija board and it seemed as if she was not aware of what messages she was spelling out, as Dr. Delarrey noted that while his wife was using the board, she could carry on conversations with people on any topic at the same time.

We can see use of a Ouija board as a type of mediumship, where spirit beings take over the hands of the medium to spell out messages.

Felix Fresnel Introduces Himself from the Spirit World 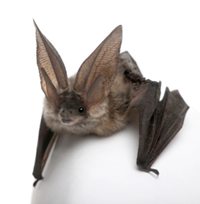 One day, the name Felix Fresnel was spelled out on the board. Dr. Delarrey couldn’t remember knowing anyone by that name, but his wife remembered that her father had a servant by that name, who was employed by her father in the town of Renage for ten years. Felix had died 20 years before, approximately in 1904. Dr. Delarrey than asked:

“Were you at one time employed by the Boileau family in village of Renage?” (1)

A definite yes came through the Ouija board. Jeanne then recalled Felix Fresnel and remembered that he had the unusual feature of a malformed right ear that stuck out forward and to the front, like the ear of a bat.

As the Ouija board sessions went on, the spirit of Felix Fresnel appeared to become more proficient at this type of communication, as if he was going through a learning process. At the time of the sixth session after Felix had first given his name, a very productive encounter took place.

Soul Planning from the Spirit World: Felix Announces Where & When He Will Be Reborn

In this session with the Ouija board, which occurred in May 1924, Felix told the couple that he would be reincarnating within their family. As the Delarrey’s had a large family that was widely spread geographically, they asked Felix if he could be more specific.

Felix advised them he would be born in Peyron. The Delarreys did have young relatives in Peyron by the name of Albret and they asked if this was the couple that Felix was referring to. Felix spelled out “yes,” and impressively, he gave their first names, their exact ages and noted that the couple already had two daughters, all of which was correct.

When they asked Felix if he knew the date when he would be born, he replied:

The couple pointed out that Felix may simply be good at predictions. How would they know that the baby would be him and not another being? Felix replied: 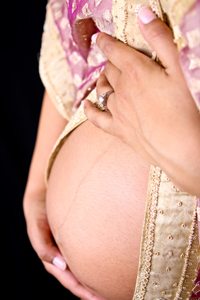 The Delarrey’s had no idea of whether the Albrets were expecting a baby. If the due date was September 24, as indicated by Felix, then at the time of this session, Mrs. Albret would have had to have been 4 or 5 months pregnant. They decide to take no action and to wait and see what would happen.

On September 24, 1924, the day that Felix predicted, the Delarrey’s received a phone call from the Albrets in which they announced the birth of their son, Christophe. The Albrets were very Roman Catholic and Dr. Delarrey had no intention of revealing to them their experiments with the Ouija board or of the predictions made by Felix. Dr. Delarrey did not want to challenge their belief systems.

Three months later, the Delarreys were invited to a family reunion that was taking place at the Albret’s home in Peyron. At this reunion, the new parents noted their new baby was being fussy and crying, apparently disturbed by the number of new people at the event. 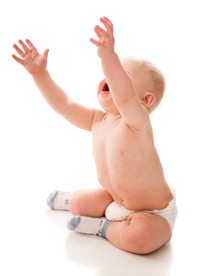 The Delarreys were then led into the baby’s room. Let us let Dr. Delarrey narrate the scene:

“We went into the room where the baby was. As soon as my wife came near the crib, the baby began to smile, even while tears were still running down his cheeks; and he stretched out his two little hands to my wife, who took him in her arms.

He stretched out his two little hands to my wife, who took him in her arms. He seemed joyous and trying—as much as a young baby could—to mumble something. Seeing this, the young mother said: ‘Look at that! One might have thought he knew you.’

After the usual compliments I said to the young relative: ‘What is that bandage on his head for? Does he have some type of wound?’

‘Oh no,’ she said, ‘It is nothing. The poor thing must have been in a bad position in my body. He was born with his right ear sticking out.

The doctor tells us that with this covering the ear will develop normally. Within a few months there will be nothing to see.’” (4)

This compelling reincarnation case, if accepted, demonstrates the following features:

From the Spirit Realm, Planning of an Incarnation by the Soul: Felix was very involved in planning his future incarnation, choosing his parents and knowing the date and place of his birth. Felix even knew that he would have a deformity of the ear, much like he did in his prior incarnation.

Note that this case occurred in 1924, yet it was not published until 1948. Dr. Delarrey explained that the delay occurred as the Albert family was totally opposed to reporting this reincarnation case, as it conflicted with their Roman Catholic beliefs. When it was published, the name of the family was not revealed. Ian Stevenson, in his narrative of the case, gave the baby the name of Christophe Albret as a pseudonym.