David Llewelyn has a Secret Jewish Father but is Raised Christian 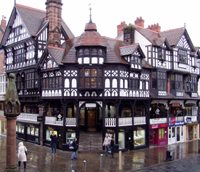 David Llewelyn was born in Chester, England, on September 1, 1970. His mother, Susan Llewelyn, was Welsh. At the time that David was born, she was married to Jeffery Llewelyn, but David’s biologic father was Solomon Rosenberg, a Jewish man who Susan had an affair with for a period of two years.

Susan noted that Solomon Rosenberg saw David a few times, but he never took interest in or responsibility for David. Growing up, David was not aware that Solomon was his biologic father.

Susan contacted Ian Stevenson, MD about her son’s reincarnation case after she heard him on a BBC television program on reincarnation in 1982. Following a period of correspondence, Stevenson traveled to Chester, England to meet with David and Susan.

Past Life Memories: Deep Pits or Holes with Bodies 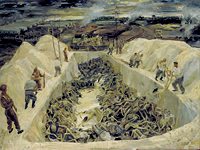 As a young boy, David had nightmares of large, dark, deep holes which contained bodies. He smelled the stench of dead bodies and he was afraid that he would fall into the holes. There were people with guns.

At times, David would run crying to Susan describing the camps, guns and the dying people he saw in his dreams. He complained of an unusual odor in his bed room.

Past Life Memories of a Gas Chamber 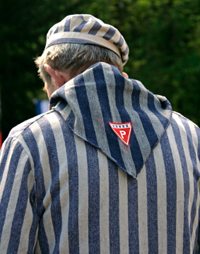 At home, the family cooked on an electric stove. When they visited an aunt who cooked with gas, David said, it “was like the smell in my room at night, it’s going to smother me.” (1) The Nazis had used gases, such as carbon monoxide or hydrogen sulfide, to kill concentration camp victims.

David also had past life images arise in his mind during waking hours. These images included people who were prisoners of war who lived in wood huts. David thought these people were Jewish.

Past Life Memories: David Recalls Being Placed into a Pit

When Ian Stevenson interviewed him, David said that he had past life memories in which he was being put into a pit as a young boy. He remembered looking up to the top of the pit where he saw another boy looking at him. He thought the boy was a companion who might save him. There were other bodies in the pit. (2) This image recurred many times and David told Stevenson that he remembered the terrible odor of the camp.

Stevenson noted that in Nazi concentration camps, children 14 years of age and younger were killed, as they were deemed unfit for work. Stevenson noted that at the concentration camp of Treblinka, “children were thrown into a ditch, sometimes still alive, where they are consumed by fire. Alternately, they could be thrown into a ‘regular mass grave.’” (3)

Past Life Ability & Knowledge of Jewish Customs: Writing from Left to Right, Kosher Food and Kippahs 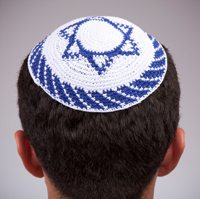 David, as a child, surprised his mother by asking whether food she was serving had blood in it, an apparent reference to Kosher processing of meat. No one had told David about Kosher customs. When he and his parents went to another city when he was nine, David looked at a building that looked like a church. He told his parents, “They wear caps there. Jeffery, Susan’s husband, then noted that the building was a Jewish synagogue. David was referring to Kippahs that Jewish people wear.

Past Life Phobias of the Star of David, the Color Yellow, Camps & German People 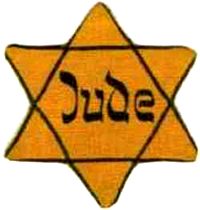 When David drew pictures, he would always include a star, though at the same time, he seemed to have a phobia of stars. When he was 12 years old, Susan took David into a shop where he saw a necklace with a Star of David attached to it. David then started to cry and ran out into the street. Susan ran after him and asked what disturbed him. David said that the necklace with the Star of David was “beckoning to him.” (3)

David also had a strong aversion to the color yellow. Susan stated that David “hated” yellow. The Nazi’s made Jews wear yellow stars on their clothing, so that they could be distinguished from gentiles. David also had a strong fear of camps. When Susan told him that people have very pleasant vacations at camps, David replied:

“No. There is no happiness there. People are caged in and cold, hungry, and frightened. They’ll never get out.” (4) David said that the people in camps were like skeletons, they were bald and they had no food. David would say in despair, “I’m worried for the other people. Why did it happen? Why did it have to happen?” (5) 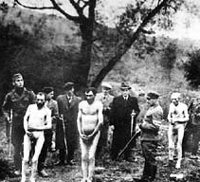 Susan, David’s mother, insisted that David did not learn of the Holocaust, Nazi concentration camps or Jewish customs as a child in their home. When David was older, she noticed that when David saw Germans on television, he became fearful and angry. Similarly, he displayed fear and anger when he saw German people on a vacation trip that he took with his mother to the island of Corfu.

David’s past lifetime in a concentration camp could not be validated historically, as he did not remember his name or give other specific details from which could allow verification.

The strength of this case rests on David having innate knowledge of Jewish customs, such as reading and writing from right to left, and memories of scenes characteristic of Nazi concentration camps. David’s mother, Susan, strongly denied that David could have learned this information by normal means.

Regarding whether David somehow acquired this knowledge from Solomon Rosenberg, his biologic father, through some type of genetic memory, Dr. Stevenson commented:

“Even the most ardent geneticist would not suggest that genes would transmit the habit of reading and writing from right to left, concern about whether food has blood in it, and images of a concentration camp.” (6)

Past Life Talent & Knowledge: When he began to read and write in the English language, he did so from right to left, which is the technique used for the Hebrew. Though teachers tried to correct this practice, David persisted in this practice until he was 11 years of age. He seemed to have innate knowledge of Kosher food and Kippahs.

Past Life Phobias: David had fears of the Star of David, the color yellow, vacation camps and of German people.

Change of Religion and Ethic Affiliation: In his past lifetime, David died as a young Jewish boy in a Nazi concentration camp. In contemporary times, David reincarnated into a Christian family. Though David’s biologic father, Solomon, was Jewish, David as a boy was not aware of this paternal relationship since Susan, his mother, kept her affair with Solomon secret.

A dramatic and very compelling reincarnation case of this type is the Anne Frank | Barbro Karlen reincarnation case, as Anne too was persecuted as a Jew in a Nazi concentration camp, yet she reincarnated as Barbro Karlen to a Christian family in Sweden. If the Nazis and German people knew that one could be born Jewish in one lifetime and Christian in another, the Holocaust could never have happened. In this way, evidence of reincarnation can help create a more peaceful world.