How Derived: Past Life Memories in Adulthood

From: Psychic Magazine and European Cases of the Reincarnation Type, by Ian Stevenson, MD

Laure tells her Parents There is No Heaven or Hell

Laure Raynaud was born in 1868 in the French village of Aumont, near Amiens. As a child, Laure rebelled against the doctrine of the Roman Catholic Church and her parents had to force her to go to mass. Laure insisted that instead of going to heaven or hell following death, people were reborn in another body on Earth.

Past Life Memory: Laure Tells Dr. Gaston About a Lifetime in a Sunny Land 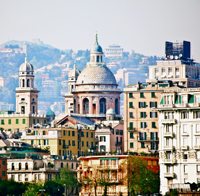 At the age of 17, she decided to work as an alternative healer, having learned an form of hypnosis. She moved to Paris and was employed by a physician, Dr. Gaston Durville, in his clinic.

Laure told Dr. Gaston about past life memories that she had, in which she lived in a sunny climate, in a large house with tall arched windows. There was a large terrace around the house, as well as a smaller terrace on top of the house. She said that this lifetime occurred about a century ago. Dr. Gaston was skeptical regarding her story, but he listened and eventually it was he who published the report regarding this case.

Geographic Past Life Memory: Laure Finds her Past Life Home near Genoa, Italy

In March 1917, Dr. Gaston sent Laure to treat a wealthy patient of his in Genoa, Italy. As the train approached Genoa, she felt a sense of familiarity, as if she had traveled through this countryside before. She came to feel that this is where she had lived in a past lifetime. In Genoa, she shared her past life memories and inquired whether there was a house in the area that matched her description.

Laure was taken to a house that one of her hosts thought might be one she was describing. Once there, Laure said this was not the house she remembered, but she thought her past life home was nearby.

They drove further until they came to a mansion that Laure recognized as hers. The building matched the description she had given to Dr. Gaston in Paris. There were large arched windows, a terrace around the house with a smaller terrace on top of the house.

Past Life Memory: Laure Remembers Where She was Entombed in a Genoa Church 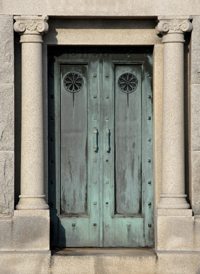 More impressive is a memory that was stimulated by seeing this house. She had not had this memory before and as such, it can be categorized as a geographic memory, stimulated by a past life location. Ian Stevenson relates her statement:

“She said that she was certain that in the previous life her body was not buried in the cemetery, but in the church itself.” (1)

Dr. Gaston investigated this statement through church records. The mansion belonged to Benjamino Spontini, whose wife, Giovanna, was indeed buried in the church at Notre-Dame-du-Mont in a private ceremony. Unfortunately, there was no mention of looking for similarities in appearance or personality between Giovanna and Laure.

Geographic Memory: Laure recalled a new specific memory, that of being buried in the local church rather than a cemetery, after seeing her past life home. This memory turned out to be accurate.

This case is reminiscent of the Francesco Foscari | Wayne Peterson reincarnation case. When Wayne took a trip to Venice, he too had an intuition as to where he was buried in his past incarnation as Francesco Foscari. Though it would be expected that Foscari should have been entombed at St. Mark’s Cathedral, Wayne knew that he had been laid to rest somewhere else.

Wayne went to the Franciscan Basilica di Santa Maria Gloriosa dei Frari, a Franciscan church. There, he was intuitively led to the front of the church. There, he paused at a red rope barrier with a sign that indicated that further entry was prohibited. Wayne received an internal message that he should cross the red rope barrier and go behind the alter. He did, and there, behind the alter, Wayne found the tomb of Francesco Foscari.

Change in Religion: This case also represents a case in which religion or a spiritual belief system has changed from one incarnation to another. Recall that Gioanna Spontini was given the honor of being buried in the church at Notre-Dame-du-Mont in a private ceremony. This indicates that Gioanna was not only Christian, but she must have been a very highly regarded Christian.

In contrast, Laure rebelled against the Roman Catholic Church ever since she was little. She had to be forced to go to church by her parents and she claimed that after death, people did not go to heaven or hell, rather, they would reincarnate. As such, a prominent Christian in a prior incarnation returned with innate knowledge of reincarnation.