After Her Mother Promises Her a Toy Carriage, A Young Flapper Dies at the age of Five 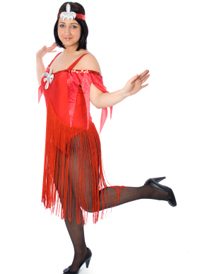 Eeva-Maija was reluctant to eat in general and times she would hide her food so that she didn’t have to eat it. Salli Kaartinen, her mother, would coach her to take nourishment by saying, “Eat, bite and swallow.” (1)

Eeva-Maija loved to dance and almost danced before she could walk. She learned to do the Charleston, a dance that was popular in the 1920’s.

Just after she was 5 years old, Eeva-Maija came down with a fatal case of influenza. Just before Eeva-Marja died, Salli, her mother, promised to buy her a toy baby carriage. Eeva-Maija passed on November 24, 1928.

Marja-Liisa Says She is the Reincarnation of Eeva-Maija, Won’t Eat,& Repeats Past Life Phrase, “Eat, Bite and Swallow”

When Marja-Liisa learned to speak, she repeatedly asked to be called Eeva-Maija. At the age of 2, when she found photographs of Eeva-Maija, she would take the photos to people and say: “These are of me.” (2)

Marja-Liisa also was resistant to eating and at the age of 2, she said to her mother, Salli: “Why don’t you tell me what you said to Eeva-Jaija: “Eat, bite and swallow.” (3)

No one had told Marja-Lissa about Salli’s coaching of Eeva-Jaija and as such, it was an apparent memory from a past lifetime. Salli testified that family members had purposely decided not to talk about Eeva-Maija, after her death, in an effort to ease their grief.

Past Life Memories: Marja-Liisa Remembers Helim and Picks Out Past Life Toys 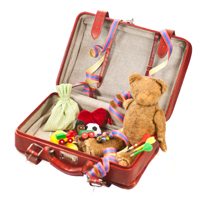 When Marja-Liisa was 3 years old, the family went to their summer cabin in Sotkomo, Finland. When they arrived there, Marja-Liisa said: “Where is Helim?” (4)

Helim was the family’s servant who had left their employment over a year before Marja-Liisa was born. Again, no one had told her about Helim and as such, her mother perceived this to be a memory from Marja-Liisa’s past lifetime as Eeva-Maija.

At their Sotkomo summer cabin, there was a trunk that stored the children’s toys. Upon their arrival at Sotkoma, Marja-Liisa spontaneously went to this trunk and then proceeded to pick out all of Eeva-Maija’s toys, leaving the toys of the other children in the trunk.

Past Life Memories of Peter Pan, a Coat and the Promise of a Toy Carriage 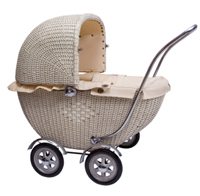 At the age of 4, Marja-Liisa asked her mother: “Where were we when Peter Pan flew” (5)

Salli and Eeva-Maija had seen the movie, Peter Pan, but Marja-Liisa had not.

Salli, while in the family’s kitchen, asked a servant to get a coat that had belonged to Eeva-Marija from the attic. Marja-Liisa was in her bedroom at the time and she did not hear this conversation. When the servant came downstairs from the attic, Marja-Liisa ran to him and grabbed the coat, saying: “My coat, my coat.” (6)

At about the age of five, Marja-Liisa asked Salli for the baby carriage that she had promised to her. This promise, of course, was made to Eeva-Maija, not Marja-Liisa. 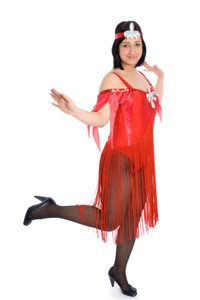 Marja-Liisa preferred to wear Eeva-Marija’s clothes and to play with her toys, rather than wear new clothes or play with toys that were bought for her.

Marja-Liisa loved music and began dancing almost before she could walk, as did Eeva-Marija. Even more impressive, Marija-Liisa, before the age of 3, spontaneously knew how to dance the Charleston. 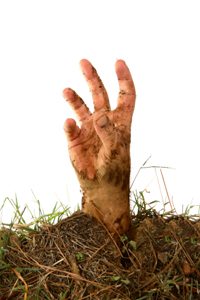 When Marja-Liisa was about 5 years of age, the same age at which Eeva-Marija had died, Marja-Liisa experienced a series of nightmares of being buried or of seeing dead bodies. These experiences may have been due to the anniversary of Eeva-Marija’s death.

Anniversary phenomenon have been observed in reincarnation cases, such as in the case of John B. Gordon | Jeff Keene, who experienced jaw pain on his thirtieth birthday, the same age that John B. Gordon was shot in the jaw during the American Civil War.

According to Salli, the girls’ mother, Marja-Liisa and Eeva-Marija looked the same. Salli stated that the two girls: “resembled each other considerably in physical appearance.” (7) The only difference was that Eeva-Maija was blonde while Maria-Liisa was a brunette.

Soul Plan & Same Family Reincarnation: Eeva-Marija reincarnated into the same family that she belonged to before, as Marja-Liisa. This is supported by Marja-Liisa’s insistence of being called Eeva-Marija, even though the family purposely decided not to talk about Eeva-Marija to ease their grief.

In addition, Marja-Liisa recognized the clothes and toys of Eeva-Marija and claimed them as hers. She insisted that photos of Eeva-Marija were really images of herself. She demonstrated the same personality trait of being resistant to being fed. She also remembered the past life phrase that Salli used to entice Eeva-Maija into eating, which was: “Eat, bite and swallow.” (8)

Marja-Liisa also remembered the servant, Helim, who was employed by the family when Eeva-Marija was alive, but who had left a year before Marja-Liisa was born.

Reincarnation & Talent from a Past Lifetime: Marja-Lissa spontaneously knew how to dance the Charleston, though she was never taught to do this dance. Eeva-Marija was taught the Charleston, which she enjoyed dancing.

Reincarnation & Physical Resemblance: Salli, the girls’ mother, noted that Eeva-Marija and Marja-Lissa had the same physical appearance, except for hair color. Of course, since this is a same family reincarnation case, similar physical resemblance could be attributed to genetic factors.

Split Incarnation or Parallel Lives: Marja-Lissa was born 6 months after Eeva-Marija died. As such, if it is assumed that the soul is involved in the development of the fetus, then the soul of these two girls inhabited the physical bodies of Eeva-Marija and Marja-Lissa at the same time for a period of 6 months.