From: Can the Mind Survive Beyond Death, Volume 1, by Satwant K. Pasricha, PhD

The Life and Death of Mushir Ali, a Sunni Muslim

Mushir Ali lived with his family in Kakori, a town in the Lucknow district in the Indian state of Uttar Pradesh. His family was Sunni Muslim and his father, Haider Ali, was very religious, dedicating himself to praying for others and living off of alms or donations. The family spoke the Urdu language, which is common among Muslim people in the area.

Mushir Ali was the primary breadwinner for the family, selling vegetables and fruits at area markets. In the early morning of June 30, 1980, Mushir was taking mangoes to the market in Lucklow in a horse cart that he had rented. A little over 2 kilometers from Kakori, his horse cart collided with a tractor and Mushir suffered fractures of the ribs on the right side of his body, succumbing to his injuries almost instantly. He was 25 years old when he died.

Naresh Kumar was born in February 1981, less than a year after Mushir Ali died, in the village of Bazbagar, which was also in the district of Lucknow. His father’s name was Guruprasad and his mother was Bishwana. The family was Hindu of the lower middle class. Nasir was born with a birth defect, a depressed area near the middle of the chest, slightly on the right side. 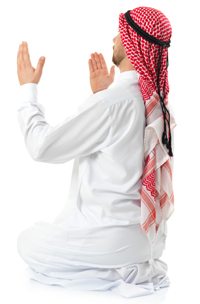 When he started to speak at one year of age, Naresh said the words Kakori, the town where Mushir Ali lived, and kharkhara, which means horse cart. When he was 2 years old, Naresh demonstrated unusual behavior for a Hindu boy by assuming the posture of kneeling down and saying Namaz, a Muslim style of praying. Naresh would do this alone and he if he noticed other people watching him, he would stop.

Past Life Behavior and Xenoglossy-A Language from a Prior Lifetime

Naresh also would play by pretending to drive a horse cart. He would tie a rope to a cot, which served as the cart, and he would make sounds as if he was instructing horses to proceed.

In addition, Naresh was heard speaking a few words of Urdu, a language that his family did not speak. As such, this constitutes a case of xenoglossy, in which an individual can speak a language from a past lifetime which was not learned in the contemporary lifetime.

When he was 4 years old Naresh elaborated further about a past lifetime, stating that he was carrying mangoes in his horse cart when it collided with a vehicle and he died. Further, he stated that he was a Muslim who lived in Kakori. Naresh was eager to talk about his past lifetime and would talk about it whenever villagers asked him about it.

Haider Ali, the father of Mushir Ali, would travel to Bazbagar every Thursday to pray for villagers and to collect alms or donations. After Naresh learned to walk, he would follow Haider Ali around the village, claiming that he was his father. Naresh would even call Haider Ali “Abba,” which means father, and he told Haider Ali that he wanted to go home with him.

Naresh’s family asks Haider Ali for Help, Who is Evasive, Perhaps due to a Fear of the Islamic Community’s Attitude regarding Reincarnation

Naresh kept insisting that his family to take him to Kakori. Bishwana, Naresh’s mother, decided to ask Haider Ali for his assistance, since he was from Kakori, as well as a Muslim. Haider Ali did not seem to want to get involved and instead advised Bishwana to take Naresh to the grave of a Muslim saint in Mazar, so that the boy would stop talking about his previous life. The family did so but it did not have any effect, as Naresh continued to enjoy talking about his past lifetime. Naresh also insisted on going to his previous home and once even started going down the road by himself to go there.

Dr. Pasricha speculated that at this point in time, Haider Ali likely knew that Naresh was claiming to be his deceased son Mushir Ali reborn, but was afraid to say anything due to concern of being criticized by his Muslim community, which did not believe in reincarnation.

Guruprasad, Naresh’s father, finally decided to take him to Kakori. They were accompanied by some friends. Once in Kakori, Naresh led the group to the house where Mushir Ali lived. Inside the house, he identified several objects that belonged to Mushir, including Mushir’s cap and contents of Mushir’s suitcase.

Naresh also recognized and named members of Mushir’s immediate family, relatives and friends. He also accurately told the Ali family about a bank account that the family had at the time that Mushir died. Further, Naresh mentioned the name of a person who owed money to Mushir, which the family verified. The Ali family added that this individual who owed money paid it back after Mushir’s death.

Based on the accurate identifications and statements made by Naresh, the Ali family, including Haidar Ali, accepted Naresh as the reincarnation of Mushir Ali. In retrospect, Dr. Pasricha hypothesized that the birth defect that Naresh was born with on the right side of his chest reflected the trauma and rib fractures that Mushir Ali incurred in the tractor accident which killed him. (1)

Change in Religion: Mushir Ali was Muslim, but reincarnated into a Hindu family.

Past Life Talent & Behavior: As a child, Naresh would pretend that he was driving a horse cart. In addition, he would pray in the Muslim style.

Geographic Memory: Once brought to Kakori, Naresh was able to lead his group to his past life home and the family of Haider Ali.

Xenoglossy: Naresh was heard speaking Urdu, a language that was used by the Muslim community, but not in Naresh’s family. As such, this represents a case of xenoglossy, where a language from a past lifetime is retained in a subsequent lifetime.

Reincarnation & Birth Defects: Naresh had a depression on his chest wall which seemed to reflect the broken ribs that Mushir incurred when struck and killed by a tractor.

Relationships Renewed through Reincarnation: Naresh was reunited with his past life family, the family of Haider Ali, who accepted Naresh as the reincarnation of their deceased son, Mushir Ali.