From: Can the Mind Survive Beyond Death? Volume 1: Reincarnation Research, by Satwant Pasricha, PhD

The Life & Suicide of Oma Devi 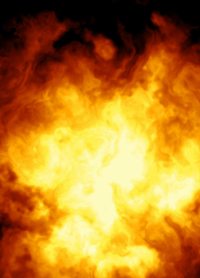 Oma Devi was a schoolteacher who lived in District of Farrukhabad, in the Indian state of Uddar Pradesh, which is the home of the famous Taj Mahal. Her husband was a merchant who sold books and stationary in Mohammadabad. The couple was of the Hindu faith and they had four children, two boys and two girls.

Unfortunately, Oma Devi and her husband had a bad marriage. On May 19, 1987, the couple had a serious argument and in reaction, Oma poured kerosene over herself and set herself on fire, perishing from her burns. She was 47 years of age when she died.

Oma Devi, a Hindu, Reincarnates into a Sunni Muslim Family

In October 1990, about 3 and a half years after Oma Devi died, a girl named Nagina was born to a Sunni Muslim family, who did not believe in reincarnation. The family also lived in the District of Farrukhabad, not far from Oma Devi’s home. Her father, Amaruddin, made his living by transporting people in a tanga, a horse-drawn carriage.

When Nagina was a little over 1 year of age, before she learned to speak, one of Amaruddin’s aunts came to visit the family. The aunt asked for some mustard oil, to massage into her hair. Nagina then brought her a bottle of kerosene. The aunt, surprised, asked what she would do with kerosene. Nagina then made the gesture of pouring the bottle of kerosene over her head and she then made the gesture of lighting a match to set herself on fire. These gestures of lighting a match and bringing the lit match to her head became a repetitive behavior.

Past Life Memories: Nagina Reports She was Oma, Who Committed Suicide

When Nagina was 3 years old and able to speak, she said that in a prior lifetime she was a schoolteacher named Oma and that she had 2 daughters and 2 sons. Nagina shared that after an argument with her husband, she poured kerosene over her body and then set herself on fire.

Amaruddin’s family, as noted, did not believe in reincarnation and they tried to suppress Nagina’s past life memories by beating her on the head. This strategy failed, as Nagina continued to talk about her past life.

Past Life Memories: Nagina knows Family Secrets & Mourns the Death of her Past Life Husband

When Oma Devi’s two sons heard about Nagina’s claims of a prior incarnation in which she set herself on fire, they came to visit her. Nagina shared with them details of Oma’s life that were not known outside the family. Based on this testimony, Oma Devi’s elder son became convinced that Nagina was his mother reborn. The younger son did not know what to make of the situation.

The families maintained contact. In April 1996, when Nagina was 5 and a half years old, Oma Devi’s husband died. Despite the conflicts that Oma and her husband had, Nagina was very upset about the death of her past life husband.

Dr. Pasricha noted that Nagina had hyper-pigmented or dark colored birthmarks on her chin and lower abdomen, which could have been related to burns incurred by Oma Devi.

Validity of Nagina’s Past Life Story

Change in Religion: Oma Devi was Hindu, but she was reborn into a Sunni Muslim family that did not believe in reincarnation.

Past Life Birthmarks or Scar: Nagina had dark-colored birthmarks on her chin and abdomen, which Dr. Pasricha noted could be related to burn scars incurred by Oma Deva in her suicide.

Relationships Renewed through Reincarnation: Oma Devi reincarnated in close proximity to her past life home, which allowed her to be reunited with her past life family. Though Oma Devi committed suicide after an argument with her husband, Nagina expressed grief when her past life husband died.

Reincarnation & Suicide: Oma Devi committed suicide but reincarnated a little over 3 years after her death, demonstrating that suicide does not end the evolution of the soul. Oma Devi likely generated karma from the pain she caused others, which she may have to experience herself in the course of time. Also, Nagina may face similar circumstances as Oma Devi did, but she will need to react in more productive ways. For a full discussion on karmic issues involved with suicide, please refer to: Suicide Reincarnation Case of Ruprecht Schultz