A Lebanese Student Commits Suicide in California and Reincarnates in Lebanon: The Past Life Case of Rabih Assaf | Wael Kiwan 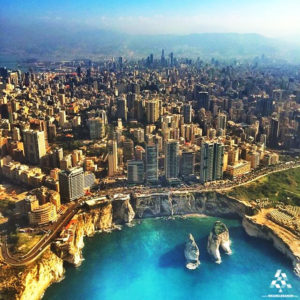 From: I Saw a Light and Came Here, by Erlendur Harraldson, PhD and James G. Matlock, PhD

The Life and Death of Rabih Assaf

Rabih Assaf was born on August 12, 1964. He lived with his mother, whose name was Munira, in a four-story apartment building in Beirut, Lebanon, in the Jal al Bahr neighborhood, which was close to the Mediterranean Sea. There was a mosque nearby which was named Allah Wa Akbar.

They lived on the first floor, where they had a balcony in the front of their apartment that was just above the level of the street. Rabih would often jump off the balcony onto the pavement to exit the apartment. Behind their home was a building with a red roof.

When he matured, Rabih grew out a mustache to compliment his black hair. When he was 21 years old, Rabih moved to South Pasadena, California, where the family had relatives. The purpose of this relocation was for him to study electrical engineering at an American university. He completed two years of study, but then ran out of money. Rabih wanted to return to Beirut but was unable to for two reasons. One was that a civil war was taking place there. Secondly, he did not have enough money to travel there, nor, unfortunately, did he have the funds to support himself in California. 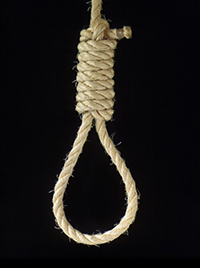 Rabih became depressed and attempted suicide by taking an overdose of medications, but he was taken to a hospital and survived. His family in South Pasadena tried to keep an eye on him to prevent another attempt, but on January 9, 1988, Rabih committed suicide by hanging himself in the family’s garage.

Wael Kiwan was born in 1988 in the village of Batir, which is in the mountains of Lebanon 70 kilometers or 44 miles east of Beirut. The date of his birth was not documented in the case report published by Dr. Haraldsson, but it was stated that it appeared that Wael was born within a year of the death of Rabih Assaf.

Wael would talk of a boat. He would draw the steering wheel of a boat on paper and say, “I used to stand,” and he would then move his hands in a circular motion showing how he would steer the boat.

Let us summarize statements that Wael made, which are accurate for the life of Rabih Assaf: 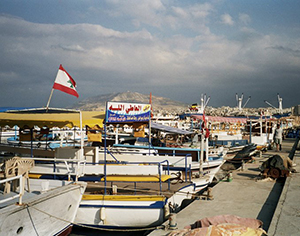 “I have parents. They are not here, they are in Beirut.”

“My house is in Beirut near the sea.”

“My house is near the house of Allah Wa Akbar.”

“There is a house with a red brick roof.”

“I used to jump from the balcony to the street.”

“I would walk from my house to the sea.”

“I had two homes, one in Beirut, and one which I went to in an airplane.”

Periodically, Wael’s father would go on business to Beirut. On his return, Wael would ask if he had seen his house. When his father replied that he had not, Wael would get upset and say, “If you find it, don’t tell them that Rabih has died, because they will cry.”

In trying to understand who Wael could have been in his past incarnation, the family convened with Wael and they listed common family or last names in Beirut. He rejected all the names until they came to “Assaf,” at which point Wael stated, “Yes,” that was the name of his previous family. As such, the apparent past life name was Rabih Assaf.

Wael’s father had a friend in Beirut, Sami Zhairi, who agreed to ask around for a boy that Wael described. Sami learned about Rabih Assaf who lived in the Jal al Bahr section of Beirut, whose life who seemed to match the statements made by Wael.

Wael finds his Past Life Home 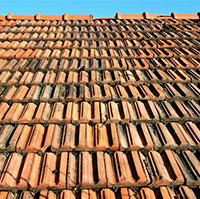 About a year after he made his first statements about a previous existence, Wael’s father took him to Beirut. Once there, they were accompanied by Sami. When they entered the Jal al Bahr neighborhood, Wael ran ahead and identified his past life home with a balcony just above street level.

They knocked on the door of the first-floor apartment and were let in by Raja Assaf, who was the brother of Rabih. Munira, Rabih’s mother, was not home at the time. Wael saw a picture on the wall and said, “This is my picture.” It was a photo of Rabih Assaf.

Raja then brought out a photo album to see if Wael could identify family members. He was able to identify Rabih’s father, sister and paternal aunt.  Wael asked Raja what happened to the building with the red roof? It turned out that this building was demolished following the death of Rabih.

Later on, when Munira was asked what made her believe that Wael was her deceased son reborn, she related his knowledge of the building with the red roof convinced her more than anything, as Rabih grew up seeing the building from the back of their apartment. How could Wael know about a structure that no longer was there?

Munira also confirmed that Rabih would often jump off their balcony to access the street, rather than going through the front door of their apartment. It was also verified that the Allah Wa Akbar mosque was located about 100 meters from the apartment that Munira lived in.

A discrepancy in this reincarnation case is that Wael never said that he had killed himself. Rather, he repeatedly said that it was sunset, that he saw a group of people coming towards him and they shot him, then kicked him and hit him until he did not feel anything. One wonders if committing suicide brought shame and embarrassment to Wael, so the soul of Rabih | Wael created this alternate death story to lessen painful memories of being depressed to the point of taking one’s own life.

Wael’s mother shared that she had a dream a week before he was born, in which she saw a grown-up boy who had a mustache, black hair and an open shirt on.  The boy was sweating, as well as breathing rapidly and with difficulty. Later, after this reincarnation case was solved, Wael’s mother noted that the man in her dream resembled Rabih. The boy’s difficulty with breathing could be related to suicide by hanging.

Planning Lifetimes and Relationships Renewed through Reincarnation: Though Rabih died in California, he managed to reincarnate in Lebanon near his past life home. This event dramatically demonstrates planning by the soul for a future incarnation. Through reincarnation, Wael was reunited with his past life mother and brother.

Spirit Being Involvement in Reincarnation Cases: The soul of Rabih appears to have sent his future mother a dream, announcing that he would be born as her son.

Suicide: Rabih committed suicide, but was reborn as Wael