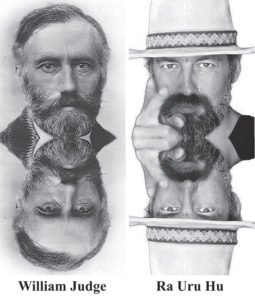 In my life, work, and research I frequently perceive certain patterns, melodies, and flavors underlying and connecting various spiritual teachings and movements that may be separated in time by decades.

A close friend of mine and I were having a deep conversation about the Human Design System, of which he is an analyst.  It became very clear to me that this system was essentially an outgrowth of the same tree that gave rise to the Theosophical Society of the late 19th and early 20th century.

An interesting parallel in their lives was the manner in which both the Theosophical Society and the Human Design System were apparently received from the transmission of a Spiritual Intelligence, which introduced itself to Ra in 1987 as “the Voice”, while the founders of the Theosophical Society, notably Helena Blavatsky, claimed that much of their teaching was communicated to them through incarnate and sometimes disincarnate Masters. 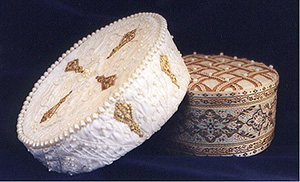 Physical Resemblance: In this case, the two men share a rather close physical resemblance. They maintain the same facial hair and photographs show that they chose to wear similar brimless or pill box hats.

Past Life Talent and Behavior: Both Judge and Ra Uru Hu shared a deep knowledge in metaphysical subjects, and despite Ra’s disinterest in creating an organization, he, like Judge, demonstrated a talent for organizing and inspiring others to create societies for the dissemination of spiritual knowledge.