New Research in the Experience and Process of Death, by Walter Semkiw, MD

The Grace in Dying, by Kathleen Dowling Singh 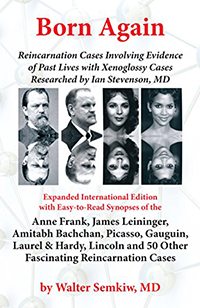 Kathleen Dowling Singh has written a book, The Grace in Dying, on the process of dying due to a chronic illness, in which the individual has time to face the approach of death. This is in contrast to sudden death, where individuals do not had time to contemplate the process of dying. The Grace in Dying is philosophical, wordy and somewhat difficult to read. In this article, I distill the concepts in Singh’s book and contribute my knowledge of evidence of reincarnation, which is contained in my book, Born Again.  In addition, I share information that I have absorbed from working with a very intelligent spirit being channeled through the trance medium Kevin Ryerson.

Singh asserts that as an individual with a chronic illness nears the moment of death, that individual attains an experience of transcendence, much like the enlightenment that yogis or spiritual masters attain through years of meditative practice. This transcendence represents a merger with God. This experience consists of:

Of great interest, there is a reincarnation case published by Ian Stevenson, MD of the University of Virginia in which this experience of dying, as well as the experience of being reborn, is described in great detail. To review this fascinating death narrative, please go to:

This understanding of the death process can give great comfort to all who are facing the failure of the body’s function. For those who do not understand that one’s consciousness and individuality survives death, the stages of dying can be painful and challenging. Kathleen Singh describes three overarching psychological stages of the death process for those with terminal illness, which are Chaos, Surrender and Transcendence. Let us examine these stages.

Chaos and the Kubler-Ross Stages of Death and Dying

The stage of Chaos begins when the individual is advised that they have a terminal illness and that they will die. Chaos includes the stages of death and dying formulated by Swiss psychiatrist Elizabeth Kubler-Ross, MD, which, as described on Wikipedia, are:

Denial-In this stage, the individual believes that the diagnosis is somehow mistaken and they cling to a false, preferable reality.

Anger-When the individual recognizes that denial cannot continue, they become frustrated, especially at individuals who are close to them. Certain psychological responses of a person undergoing this phase would be: “Why me? It is not fair! How can this happen to me? Who is to blame? Why would this happen?”

Bargaining-The third stage involves the hope that the individual can avoid the cause the grief. Usually, a negotiation for an extended life is made in exchange of a reformed lifestyle. For instance: “I promise to be a better person.”

Depression-“I’m so sad, why bother with anything? I’m going to die soon, so what’s the point? Why go on?” During the fourth stage, the individual despairs at the recognition of their mortality. In this state, the individual may become silent, may refuse visitors and spend much of the time mournful and sullen.

Acceptance-“It’s going to be okay. I can’t fight it. I may as well prepare for it.” In this last stage, the individual embraces their mortality. The dying person becomes calm and assumes a retrospective view on life.

Chaos, per Kathleen Singh, also includes additional stages, which she defines as:

Alienation-The individual facing death feels isolated in that those near them, who are not facing death, have no idea of what the situation of nearing death is like. Alienation is associated with the feeling of loneliness.

Anxiety-Understandably, the dying individual experiences anxiousness regarding their fate.

Letting Go-Prior to this point, the individual is resisting the inevitable outcome of a terminal disease. At this point, the person gives up and accepts that they are going to die. This step is comparable to the Kubler-Ross stage of Acceptance.

Dread of Engulfment-This term is not well-defined in Singh’s book, but my interpretation is that the individual is afraid that their individual identity will cease to exist, that the person’s identity will be absorbed or dissolved in the being of God or nothingness. This fear is perpetrated by the Buddhist tenet of anatta-that there is no unchanging, permanent self, no soul or persisting essence in living beings.

Fortunately, evidence of reincarnation demonstrates that anatta is a false concept, as reincarnation cases, including those published by Ian Stevenson, MD of the University of Virginia, show that individuals are reborn with similar personality traits, passions, talents and even similar facial features. Our immortal souls are the energy structures that preserve our personal identities. To learn more, go to:

Evidence and Principles of Reincarnation: Understanding Past Lives

Kathleen Singh uses a quotation from Jesus of Nazareth to capture the essence of this stage, which is: “Not my will, but Thy will be done.” This surrender to God leads to the stage of Transcendence, which was described above.

I have the advantage of having a special understanding of the spiritual world as I have been working with Kevin Ryerson on a monthly basis since 2001. Kevin is a trance medium, which means that he can go into a meditative state to allow spirit beings take over his body so that these spirits can communicate with human beings. In particular, Kevin channels a spirit being named Ahtun Re, who has demonstrated the ability to make past life identifications with a high degree of accuracy. In addition, Ahtun Re has an encyclopedic fund of knowledge. Ahtun Re is the most intelligent and compassionate being I have ever encountered. To learn more about the work I have done with Kevin, go to:

Having access to such a unique spiritual resource, I published a book consisting of my dialogue’s with Ahtun Re regarding “big picture” questions, such as what the nature of the spiritual world is like. It turns out there are many levels or planes of the spirit world, which reflects the statement made by Jesus: “In my Father’s house are many mansions,” This book is entitled: 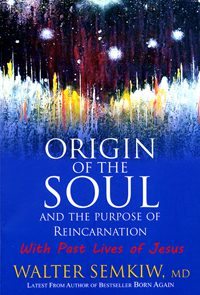 In Origin of the Soul, I asked Ahtun Re what his state of being is like. He responded that his existence in the spirit world is best described as “Lucid Ecstasy.” This term, I believe, is a beautiful way to describe the stage of Transcendence.

The Process of Death, Transcendence and Rebirth: In Closing

It is my hope that the understanding of the experiences of death, transcendence and rebirth will make leaving the body at the end of a terminal illness less traumatic. Perhaps, this knowledge will even help people view death as an event that calls for quiet celebration, given that death leads to another chapter, another adventure, in the progress of one’s soul.

To learn more about reincarnation, soul evolution and states of consciousness outside the human body, please go to: