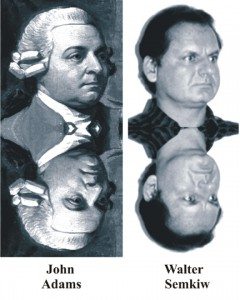 How Derived: Spontaneous Memories and Self Recognition

Michael Tamura as the Reincarnation of the Apostle Thomas

I have known the spiritual teachers Michael and Raphaelle Tamura since about the year 2000. Michael is the author of You Are the Answer: Discovering and Fulfilling Your Soul’s Purpose. I sought their assistance in understanding a possible past life of mine, as well as a cohort of leaders who appeared to be reincarnated from the time of the American Revolution. This story regarding my past life as John Adams is contained in my book, Return of the Revolutionaries. A brief overview regarding my case can be reviewed at: Reincarnation Case of John Adams | Walter Semkiw, MD

I regularly attended seminars that the Tamuras held in the San Francisco Bay area. In his presentations, Michael shared that he is the reincarnation of the Apostle Thomas.

Though I initially found this hard to believe, I did ask about this proposed past life in a session that I had with Kevin Ryerson, who channels a spirit guide named Ahtun Re. I have worked with Kevin and Ahtun Re for over 15 years. Ahtun Re has demonstrated the ability to make past life identifications with a high degree of accuracy. The work that I have done with Kevin can be reviewed at Ryerson-Semkiw Reincarnation Research. 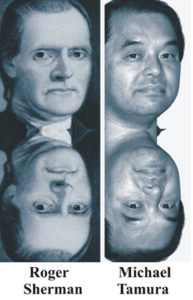 Michael Tamura as the Reincarnation of American Revolutionary Roger Sherman

Of interest, Michael Tamura also revealed to me that he remembered being a member of the Continental Congress and in particular, he said he was in the committee assigned to draft the Declaration of Independence. Michael did not know specifically who he was during the time of the American Revolution. There were only five people on this committee, including Thomas Jefferson, Benjamin Franklin and John Adams. Of the remaining two members of the committee, Michael bore a physical resemblance to Roger Sherman, whose profession was a cobbler, a maker of shoes. He was also described as one of the most spiritual men of the Congress. In a session with Kevin, Ahtun Re affirmed that Michael was Sherman.

When I told Michael about his past life identity as Roger Sherman, he revealed that he has always had an interest in the design of footwear and that he even submitted a patent for a sandal. One does have to admit that an interest in designing shoes is an unusual hobby for a spiritual teacher.

Gary Renard as the Reincarnation of the Apostle Thomas 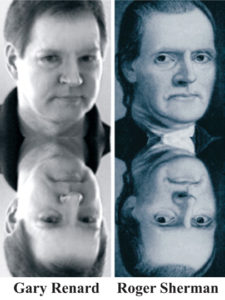 Several years later, I was reading, Disappearance of the Universe by Gary Renard, which was first published in 2003.  A Course in Miracles was a major influence in the writing of Gary’s book. A Course in Miracles is described as a channeled work in which the source of the material is Jesus Christ.

In Disappearance of the Universe, I was surprised to read that Gary claimed that he too is the reincarnation of the Apostle Thomas. I surmised that either Gary was wrong, or that this could represent a case of what I call Split Incarnation, in which a soul inhabits more than one body at a time. There is strong evidence that split incarnation does occur.  Ian Stevenson, MD of the University of Virginia termed these as “Cases with Anomalous Dates,” meaning that there is an overlap in a series of two lives. To review such cases, please go to: Split Incarnation Reincarnation Cases

In a session with Kevin Ryerson, Ahtun Re confirmed that Gary Renard is also an incarnation of the Apostle Thomas and that Gary and Michael are splits. One source of support of this proposition is that there is an uncanny resemblance between Gary and Roger Sherman, the shared past life of Gary and Michael. Though Michael is Japanese, there is also a resemblance between Michael and Gary. Click on images to enlarge them.

Please note that if A Course in Miracles is truly a channeled book in which Jesus Christ is the author,  Gary is continuing to support the work of Jesus. Similarly, Gary’s most recent book is The Lifetimes When Jesus and Buddha Knew Each Other.

There are a number of similarities in the personalities and talents of Michael and Gary. Both are:

Published authors in the field of spirituality

Comedians in their style of speaking and teaching

Both dealt with symptoms of scoliosis in childhood 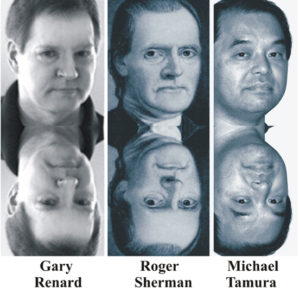 Eventually, I had the opportunity to introduce Michael and Gary to each other, as Gary had started to date Cindy Lora, who I had known since the time of her first marriage. Cindy has been a longtime supporter of the work I have been doing with Kevin Ryerson. Cindy is the author of A Course in Health and Well-Being.

Gary and Michael were scheduled to both be in San Francisco at the same time and I arranged for us to have dinner at the Beach Chalet.

Michael and Gary sat opposite each other and as I looked at them, it was if two identical twins were gazing at each other. Raphaelle, Michael’s wife, agreed in this assessment.

Gary and Michael have accepted that they are splits. What is truly amazing is that Michael, an ordained minister, officiated the wedding of Gary and Cindy and Hawaii. What a mind expanding event that must have been. Related websites:

Other reincarnation cases of interest to A Course in Miracles students include:

John of the Cross | Kenneth Wapnick

Physical Resemblance: There exists a similarity in facial features between Michael Tamura, Gary Renard and Roger Sherman. By inference, we can surmise that we now know what the Apostle Thomas looked like.

Past Life Talents: The Apostle Thomas was an evangelist. Michael and Gary have created their own worldwide congregations. Both abundantly use humor in delivering their messages. Roger Sherman was a cobbler and Michael Tamura has had an innate interest in the design of shoes.

Relationships Renewed through Reincarnation: If the past lives proposed above are accepted, then I knew Michael/Gary as Roger Sherman during the American Revolution, as we were participants in the Continental Congress.

Split Incarnation: As described above, Michael Tamura and Gary Renard are identified as splits. An older term for this phenomenon is Parallel Lives 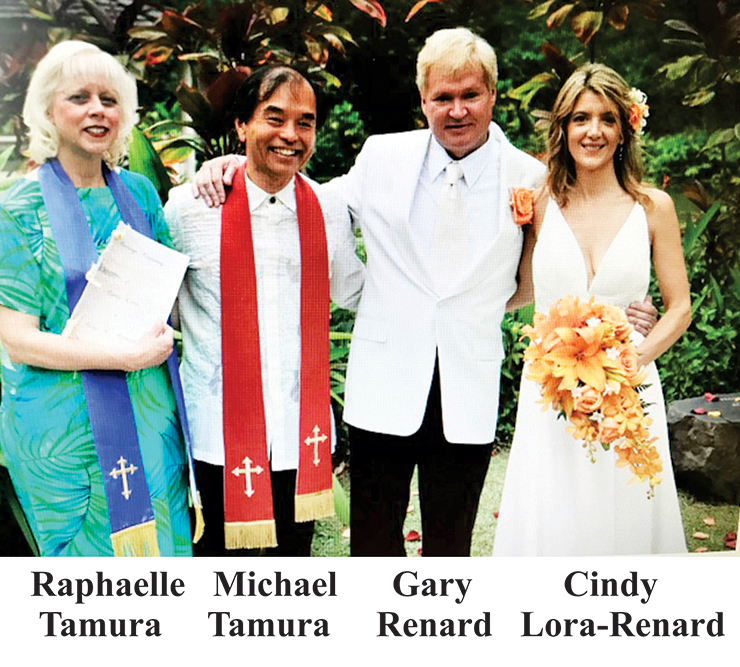