Spirit Being Orbs and the Reincarnation Case of Shanti Devi Mathur 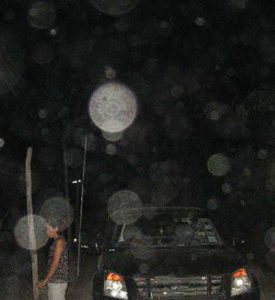 Since the advent of digital cameras, which require only a tiny amount of light energy to capture an image, spherical objects have been captured that have been described as orbs. Click on images to enlarge them.

A conventional and valid explanation for some orbs is that they are produced by dust or water droplets that reflect light from the camera’s flash. The way that environmental particles can produce these orbs is explained on the following webpage:

Dust particles and water droplets, though, cannot explain all orb images and it is believed that orbs represent spirit beings.  I have worked with trance medium Kevin Ryerson since 2001, who channels a spirit being name Ahtun Re, who is the most intelligent being I have interacted with and who has demonstrated the ability to make past life matches with a high degree of accuracy. Ahtun Re has confirmed that orbs that are not caused by dust or water droplets do indeed represent spirit beings. We will call these spirit being orbs.

Reasons Why Not All Orbs can be Produced by Dust or Water Droplets:

This idea is consistent with observations related to physical mediums, people who can move and levitate physical objects without any apparent cause. In my book Born Again, the reincarnation case of D.D Home | Uri Geller showed that the ability of physical mediumship can extend across two lifetimes. Both Home and Geller were studied by eminent scientists of their day and their ability to affect objects without touching them was verified. When I asked Ahtun Re why Home and Geller could produce such phenomenon while the vast majority of people cannot, Ahtun Re told me it had to do with the energy field of the soul of Home | Geller. In a similar way, the energy field of the photographer may contribute to the energy that makes spirit being orbs visible.

In the Reincarnation Case of Shanti Devi Mathur, Shanti Describes What It May Feel Like to be a Spirit Being Orb 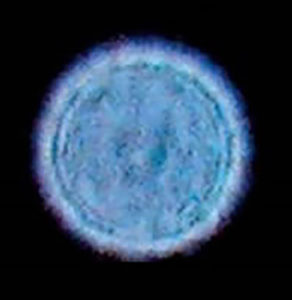 Of interest, in the reincarnation case of Lugdi Chaubey | Shanti Devi Mathur, Shanti had memories of the interval between her death as Lugdi and rebirth as Shanti. Part of her experience was shrinking to the size of a minute particle of dust or a germ. As this tiny particle, Shanti said that she could drift around moving from one place to another and paradoxically, it felt as if the whole universe was within her.

Shanti may be describing what it is like to be a spirit being orb. Mediums who communicate with the deceased tell us that our loved ones in the spirit world are always tuned into us and come in proximity to us when a need arises. It appears that spirit being orbs are the manifestation of who we are when we are freed of the physical body.

To learn more about Shanti’s story, which was endorsed by Mahatma Gandhi, please go to:

Resource: Orbs: Their Mission and Messages of Hope, by Klaus Heinemann, PhD and Gundi Heinemann, Appendix B, pages 115-119