Soul Plan, Spirit Being, Past Life Behavior & Same Family Reincarnation in the Past Life Story of Pertti Haikio | Samuel Helander

From: European Cases of the Reincarnation Type, by Ian Stevenson 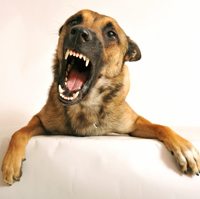 Pertti Haikio was born on June 3, 1957, in Helsinki Finland. His father had a confusingly similar first name, Pentii, and his mother’s name was Anneli. He had a sister named Marja. He had a number of injuries in childhood which, we shall see, led to memories or phobias in his next incarnation. They are as follows:

Age 3: Pertti slipped out of Anneli’s arms into a bathtub full of water. Pertti almost drowned.

Age 4: While standing next to a construction site, Pertti was struck by a heavy object from the construction site which injured both legs. He was hospitalized for 5 months and had to wear casts on both legs for several months. 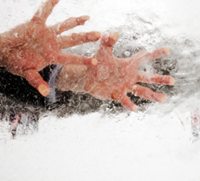 Age 15: Pertti fell off a wharf in Helsinki and landed on ice, which broke. He almost drowned in the icy water, but was able to take off his shoes and clothes and pull himself out. He went home in his underwear. After this incident, Pertti had a fear of being immersed in water.

Perrti is Affectionate & Plays the Guitar

Despite these traumas, Pertti grew up to be a normal and very affectionate person. He acquired a guitar, which he loved to play, and he displayed musical talent.

In 1969, his mother, Anneli, and his father, Pennti, divorced. Anneli later remarried to a man named Reiner.

A Spirit Being & Spiritual Communication of Perrti’s Sudden Death

At the age of 18, in 1975, Pertti unexpectedly died. On the day of his death, his mother, Anneli, who was on a cruise at the time, had a premonition that someone in the family had passed away. Anneli was lying down in her cabin bunk when she suddenly saw her deceased father, who stood silently, then nodded. Anneli told her husband that this meant that someone in the family had passed into the spirit world. It was Pertti who had left the physical world for the spirit world.

A Spirit Being & Soul Plan: Marja has an Announcing Dream and an Abortion is Prevented

Marja, Pertii’s, sister was married to a man with the same first name as their father, Pentti. Her husband’s full name was Pentii Helander. The couple belonged to the Lutheran church.

One or two months after Pertti had died, he appeared in a dream to his sister, Marja. Marja had become pregnant and she was thinking about having an abortion. That is when Pentii appeared to her in a dream and said:

As a result of this dream, Marja allowed the pregnancy to continue. She had a boy, who they named Samuel Helander.

Past Life Memory: Samuel Recognizes Himself as Pertti with Leg Casts 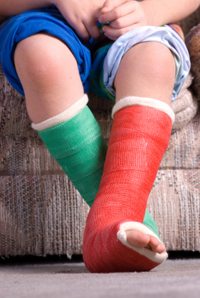 Samuel began to speak around the age of one. When he was 1 and a half, someone asked him what his name was. Samuel replied:

“Peltti.” (2) Marja noted that Samuel could not pronounce “r’s,” so she thought he was trying to say “Pertti.”

Samuel told Marja that she was not his mother. Rather, he used “mother” to refer to Anneli, his grandmother and mother of Pertti.

At the age of 2, Samuel saw a photo of Pertii when he was hospitalized for his leg injuries. Samuel said: “This is me when my legs were ill.” (3) Later, Samuel said that both his legs were in plaster, which did occur in the life of Pertii.

Continuing this pattern, up to the age of 10, whenever Samuel would be shown photos of Pertii, he would say: “That’s me.” (4)

Another time when looking through photos, Samuel said: “I remember when the dog bit my leg.” (5) He brought up this subject several times, noting how painful it was when he was bitten, even though Samuel, in his contemporary lifetime, was never bitten by a dog. It was Pertti who was severely bitten by a dog when he was about 5 years old.

Samuel Visits his Past Life Grave & Says that it is His

When Anneli took Samuel to the cemetery where Pertti was buried, when gazing at Pertti’s grave, Samuel repeatedly said, “That is my grave.” (6) When Marja was taking him to the same cemetery, Samuel reiterated, “Now we are going to my grave.” (7)

Key Past Life Memory: Samuel Remembers a Party from a Past Incarnation 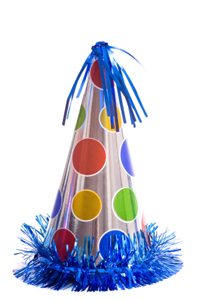 In the memories that are described above, a skeptic would propose that in seeing photos of Pertti, Samuel, for some reason, simply identified with Pertti. The following memory represents a very important one, as it is extremely unlikely that Samuel could have known about the following incident through normal means.

When he was about 3 years old, Samuel told his parents about a time when he and his father went to a house near a kiosk. He said that they wore different colored hats and that they had brought a guitar. Samuel said that this house near the kiosk caught on fire and they had to go home.

This did not correspond with any events in the life of Samuel, but Marja remembered that Samuel’s description matched an event in Pertti’s life. In 1975, about a year before Pertti had died, a friend had put on a party at a house near a railroad kiosk. Samuel and his father went to the party, but a fire broke out in the attic of this house and the party goers had to disperse.

No one had told Samuel, whose age at this time was only 3, of this obscure incident in Pertti Haikio’s life. Of all of Samuel’s statements, this is the most convincing as being a past life memory, a memory from his lifetime as Pertti Haikio.

Samuel Identifies his Past Life Father

One day, Samuel saw a photo of Pennti and Anneli Haikio, the parents of Pertti Haikio. Recall that Anneli was also Marja’s mother and thus Samuel’s grandmother. Photos of Pennti and Anneli were rarely shown in the household, as Anneli’s second husband, Reiner, was a jealous type and he didn’t like pictures of Pennti, his wife’s first husband, on display.

When looking at a picture of Pennti Haikio, Samuel said, “This is my father.” (8) Pennti, of course, was the father of Pertii, not Samuel.

On another occasion, when looking at a photo of Pennti Haikio and Anneli, Samuel said, “There is Daddy and Grandma too.” (9) Again, Pennti Haikio was Perrtii’s daddy, not Samuel’s. Anneli was Pertii’s mother and Samuel’s grandmother.

Samuel Finds his Past Life Guitar, Corduroy Jacket and Watch 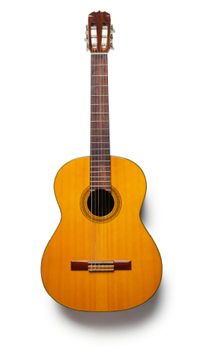 Recall that Perrti Haikio was fond of playing the guitar. After he died, his guitar was placed in a box and put in a closet. No one in the family had told Samuel about this guitar. None the less, Ian Stevenson writes, regarding Samuel and the guitar:

After Pertti Haikio had died, all his clothes were disposed of except for a corduroy jacket, which was kept in a closet. One day, Marja, his mother, and Anneli, his grandmother and Perrti’s mother, brought it out and were discussing what to do with it. One of them suggested that it should be given away.

Samuel, who was only 3 years at this time, became agitated and shouted at his mother and grandmother, stating that the corduroy jacket was his and that it should not be given away.

Pertti had a watch that was broken and that was without hands. After he died Anneli put it in a drawer filled with other discarded items. Anneli once opened this drawer in Pertti’s presence. He saw the broken watch and claimed it, saying it was his. Samuel subsequently kept the watch either under his pillow or in a drawer under his bed, apparently so that no one could ever take if from him again.

Samuel’s Past Life Phobia of Water 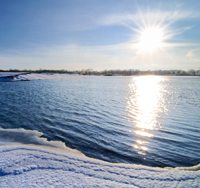 Samuel had a great fear of being bathed, to that point that is mother, Marja, described him as being “panic stricken” when being bathed. Samuel even feared showers. Samuel’s fear of water persisted until he was at least until he was 23 years of age. Even as an adult, Samuel would not go swimming due to his phobia.

Recall that when Pertti was 3 years old, he slipped out of Anneli’s arms into a bathtub full of water and almost drowned. At age 15, Pertti fell off a wharf in Helsinki and landed on ice, which broke. He also almost drowned in the icy water.

Pertti was a very affectionate person and he created a tradition at Christmas where he would go around the room, hold each family member arm and kiss them on the cheek.

At the age of 2 1/2, Samuel spontaneously demonstrated the same behavior at Christmas, taking each family member by the arm and kissing them on the cheek.

Marja Believes Samuel is the Reincarnation of Pertti

Based on her experiences and observations, Marja came to believe that her son Samuel is her deceased brother, Pertti reborn.

Same Family Reincarnation: Pertti reincarnated as the son of his sister, Marja, to rejoin his family. All same family reincarnation cases involve planning by the soulfrom the spirit world of a coming incarnation.

Spirit Being & Soul Plan: Pertii, from the spirit world, provided Marja with an announcing dream, advising her not to have an abortion. Pertti did so as he was planning to reincarnate as Marja’s child, who would be named Samuel.

Another example of a spirit being in this case involves Anneli, Pertti’s mother, who was on a cruise when she suddenly saw her deceased father, who stood silently, then nodded. Anneli told her husband that this meant that someone in the family had passed into the spirit world. It was Pertti who had left the physical world for the spirit world.

Phobia from a Past Lifetime: Samuel had a phobia of bathing and swimming, which appear to have resulted in Pertii having near drowned in a bathtub when he was three and when he fell into icy water when he was 15 years old.

Physical Resemblance: Marja, Pertti’s sister and Samuel’s mother, noted that Pertti and Samuel had the same smile, the same physique and the tendency of standing with one foot in front of the other with his hand on his hip, as well as walking with their hands behind their backs. Since this is a same family reincarnation case, physical resemblances may be due to genetic factors.