Soul Plan: As Children, Jaako & Iris Know They Will Be Married in the Future 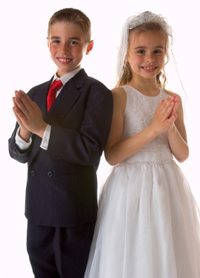 Jaako Vuorenlehto was born on November 15, 1929 in Helsinki, Finland, to a Lutheran Christian family. His nick name was Jaska. As a child, Jaako seemed to have a destined relationship with a girl named Iris Sundstrum, who was born in 1935. As such, Iris was 6 years younger than Jaako. When they were children, the two only saw each other from a distance. They did not develop a romance until 1970, when Jaako was 40 years old.

Still, when Jaako was 18 years of age, Jaako told a friend, referring to Iris: “One day I will marry that girl.” (1)

At the same time, Iris, at 12 years of age, said to a friend, referring to the house that Jaako lived in: “One day I will live in that house.” (2)

As Jaako and Iris both had premonitions that they would be married in the future, these feelings indicate that they knew of a life destiny or plan. Several other reincarnation cases demonstrate that we do indeed plan future lifetimes from the spirit world.

Iris, though, initially married another man, with whom she had 3 children. Later in life, Jaako and Iris met, developed a friendship and fell in love. Iris subsequently divorced her first husband and in 1970, when Jaako was 40 and Iris was 34, they married. They enjoyed a very happy relationship.

Jaako had an unusual personality in that he enjoyed hobbies typically enjoyed by women. Though he liked male activities such as playing ice hockey, hunting and driving cars, he also enjoyed playing with dolls. Jaako liked to crochet, sew tablecloths and he was attracted to women’s clothing, which he would purchase for Iris.

Though Jaako was tall and thin, Iris noted that he tended to move in a feminine way. Despite these mannerisms and though he believed in reincarnation, Jaako never expressed a desire to be a woman.

Ian Stevenson noted that in 90 percent of his validated children’s reincarnation cases, gender stays the same from one lifetime to another, which infers that a particular soul has a preferred gender. As we see, Jaako will reincarnate as a woman and it may be that his feminine traits reflect his soul’s preference for female incarnations. It may also be that Jaako is soul who prefers to incarnate as male and female in an alternating fashion, thus experiencing the qualities of both sexes.

Jaako’s is Run Over by a Bus and is Killed 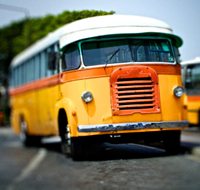 On September 13, 1973, when Jaako was 43 years old and only 3 years after marrying Iris, he was accidentally run over by a bus, just after he had exited the vehicle. A rear tire of the bus ran over his chest, neck and then his head. A physician examined Jaako just after the accident and declared him dead at the scene.

Soul Plan: From the Spirit Realm, Jaako as a Spirit Being Predicts his Reincarnation & Telepathically Informs Iris He will be Reborn as her Daughter

Just over a year after Jaako’s death, Iris became remarried to a man named Heikki Jarvi, her third husband. A year later, in September 1975, Iris visited Jaako’s grave and received a telepathic message from him.

Iris heard Jaako’s voice, who told her that he would be reborn to her as a daughter on May 27. Iris was 40 years old at the time. She was not pregnant at the time and she did not expect to get pregnant.

Nonetheless, Iris did become pregnant and gave birth to a girl on May 27, 1976, just as Jaako had predicted. The baby girl was named Taru, who was born less than 3 years after Jaako’s death.

Past Life Memory: Taru Tells her Parents her Name is Jaska

This incident is reminiscent of the Francesco Foscari | Wayne Peterson reincarnation case, as Wayne as a child also rejected his given name and insisted on being called “Francesco Foscari.”

This is reminiscent of the reincarnation case of Anne Frank | Barbro Karlen, as Barbro also told her parents that they were not her real parents, and that her real parents would come get her and take her to her real home.

Reincarnation, Gender Change & Past Life Memories: Taru Recalls being a Man Killed by a Bus

Taru was then asked additional questions, such as whether she was a boy or girl when she died and what kind of vehicle killed her.

Taru replied: “Of course a boy, a big boy.” Regarding the vehicle, she said, “It was big. First died the stomach, then the head.” “I was taken to the hospital, but I was already dead by that time.” (5)

Tara repeatedly would say: “I was a big man.” (6) When she found a large toy car that had belonged to Jaako, she said that it was hers. She claimed that she had played with this toy car many times in the past.

Taru liked to keep a photo of Jaako by her bed, though she did not state specifically that it was a picture of her. Taru did say, though: “You do not have to be afraid of dying because I have died many times.” (7) She stated that in prior incarnation in Germany, she had a mother named Senya.

Reincarnation & Gender Change: Taru Asks for a Gun, Hockey Stick & Insists She is a Boy

As a child, Taru demonstrated a preference for play that is typical for boys. She played with toy soldiers and while doing so, she would wear a helmet and carry a toy gun. She asked her parents to buy her a real gun and a hockey stick, and she would pretend to drive a car. Recall that Jaako enjoyed hunting, playing hockey and driving cars.

Taru had a strong preference for boy’s clothing, in contrast to her step-sisters, who only liked feminine clothes. In playing with other children, she would never take the role of a girl, rather, she would insist, “I am a boy.” (8)

As an adult, Taru continued to demonstrate masculine dress by always wearing pants and never wearing make up.

Taru’s identification with the male gender appears to reflect her prior incarnation as Jaako, who conversely demonstrated feminine traits. This case shows how reincarnation can explain gender identity problems.

Taru’s Jealous Attitude towards her Father

Taru had a marked resentment against Heikki, her father, much like an ex-husband would resent a former wife’s new husband. Once she told Iris, referring to Heikki:

“He can go away and we can live together without him.” (9)

Taru told Heikki directly: “We do not need you. You should go away.” “You are only a visitor here.” (10)

In other words, it appears that Jaako, in the form of Taru, wanted to get rid of Heikki so that Iris could be reclaimed as a wife. Taru’s negative attitude towards Heikki and her possessive manner towards Iris eventually caused Heikki and Iris to live separately for periods of time. 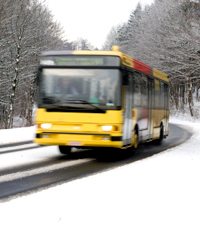 When Taru was a year old, she developed a severe fear of buses, tractors and large autos. She would ask Iris to pick her up when a bus approached. In contrast, she was not afraid of small cars. This phobia of buses and large vehicles persisted until she was 19 years old.
Taru also had a superstitious fear of the thirteenth day of the month, which was the day that Jaako was run over by a bus.

Iris and Jaako’s mother (Taru’s grandmother) both noted a close resemblance in facial features and pigmentation between Jaako and Taru. In addition, Taru grew up to be tall and clumsy, just as Jaako had been. Taru grew to be taller than Heikki, her father.

Physical Resemblance: Iris and Jaako’s mother both noted a prominent facial resemblance between Jaako and Taru, who also had the common features of being tall and clumsy. Since Jaako reincarnated as the daughter of his surviving wife, Iris, and her new husband, Heikki Jarvi, there is no genetic link between Jaako and Taru. This is a same family reincarnation case based on marriage, not a common genetic line.

As such, this is an impressive case which demonstrates physical resemblance from one incarnation to another.

Soul Plan & Spirit Being Involvement in Reincarnation Case: After Jaako’s death, Iris received a telepathic message from him, while she was visiting his grave. Iris heard Jaako’s voice, who told her that he would be reborn to her as a daughter on May 27. Jaako’s prediction came true with Taru’s birth. As such, Jaako was clearly planning his next incarnation while in the spirit world.

In another indication of how lifetimes are planned before we are born, Jaako and Iris both had premonitions, as teenagers, that they would be married in the future. Jaako, at age 18, made the statement that he would marry Iris. Jaako and Iris did marry 22 years later, when Jaako was 40 years old. Prior to their marriage, Iris had married another man, with whom she had 3 children.

The delay in their premonitions coming true suggests that their marriage was not a self-fulfilling prophecy, rather, it appears that they were both aware of a destined relationship. As such, they likely had known each other before, in prior lifetimes.

Reincarnation cases such as this show that we do indeed make plans for our upcoming lifetimes from the spirit world. These plans become our destiny and love a first sight, or premonitions of marriage, are manifestations of our future life plans coming to fruition.

Please note that all same family reincarnation cases involve planning by the soul.

Same Family Reincarnation Case: Jaako reincarnated as his wife’s daughter, Taru. In other words, a spouse in one lifetime became a daughter in another.

Gender Change: Jaako, a male, reincarnated as a Taru, a female. Of interest, in the two lifetimes, traits typical of both genders were demonstrated. Jaako demonstrated feminine hobbies, such as playing with dolls, sewing and a fondness for women’s clothes. On the other hand, Taru behaved like a boy in playing with soldiers, helmets and guns. While Jaako liked women’s clothes, Taru dressed like a man.

Gender confusion based on past life experiences may be the basis of gender disorders, such as transsexualism.