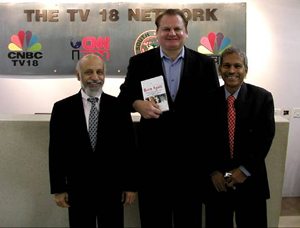 Rock Furtado is a publishing professional with over 35 years of experience in the field. He was head of marketing of a large multinational publishing company for more than 15 years. Rock then founded Ritana Books, his own publishing and book distribution firm, in 1984. Many of his publications are bestsellers in their category. He specializes in publications on the Indian Armed Forces and books on Mind, Body & Spirit.

On December 7, 2009, Rock appeared as an expert speaker on the past life regression reality television program Razz Pichhle Janam Ka (Secrets from the Past), featured on the popular Headline Today television channel, as well as ND TV Imagine. This show has become very popular and is likely to be replicated in other parts of the world. It is believed that books like Born Again, written by Walter Semkiw, MD, and published by Ritana Books, as well as the major media attention that Born Again has received, inspired this celebrity reality program.

Rock is an entrepreneur with interests in the field of education, media, publishing & event management. He is the one of the founders of The Hypnotherapy School of India, which conducts career oriented courses in hypnotherapy and past life regression.

In the photograph featured above, the individuals pictured are, from left to right, Sunny Satin, Walter Semkiw and Rock Furtado. Sunny, who has passed away, was an international leader in past life regression and was the primary organizer of the Second World Congress for Regression Therapy, held in New Delhi India in 2006. 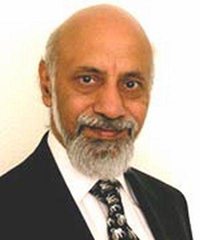 It was Sunny who introduced Walter to Rock, who subsequently published Born Again. This photograph was taken at the CNN-IBN studio, just before Sunny and Walter were interviewed on CNN. We are greatly indebted to Sunny for the work that he did in promoting reincarnation research and past life regression therapy. He was a very gentle and kind soul and he is very much missed.