Article by: Walter Semkiw, MD, from Born Again and Return of the Revolutionaries

Mushir Ali, a Muslim, Reincarnates into a Hindu Family but Still Prays Like A Muslim

Hardevbaksh, a Hindu Thakur, is Killed in a Dispute & Reincarnates as a Sunni Muslim who Retains a Hindu Mindset

An Islamic Farmer, Mehmet Cosmen, Drowns and Reincarnates with a Phobia of Water

After A Minibus Crash following Ramadan, Abdulkerim Hadduroglu Reincarnates and is Reunited with his Past Life Family

After Dying in a Turkish Plane Crash, Ahmet Delibalta Reincarnates and Finds his Past Life Wife

Abit Suzulmus Reincarnates and Finds his Past Life Wife

After Dying from Tetanus, Nasir Alev Reincarnates in Turkey 300 Meters from his Past Life Home

Grandparents Reincarnate as their Own Daughter’s Fraternal Twin Girls: Cases that Involve Gender Change, Muslim Reincarnation and Change of Religion

Reincarnation, Mohammed & the Founding of Islam

Reincarnation can also be found in the teachings of Islam, a religion established by the Prophet Mohammed. Mohammed was born in 570 A.D. into a prominent family that served as care takers of the holy site of Mecca, which tradition holds was built by Abraham. Mohammed married his employer, a businesswoman named Khaadija; Mohammed was 25 and Khaadija 40. Islam’s holy text is the Quran (or Koran), which means the “Recital” or “Reading.” In essence, the Quran is a channeled work, transmitted from God through Mohammed.

Mohammed’s first revelation occurred when he was 40 years old in 610 A.D. He then began recording verses which, over time, became the Quran. As this spiritual movement grew, Mohammed and his followers became the subjects of persecution and they had to flee Mecca in 622 A.D., taking refuge in Medina. Mohammed was a warrior as well as prophet and led his people into battle many times. Eventually Mohammed brought his followers back to Mecca, today’s shrine of Islam.

Reincarnation in the Quran

There are several references in the Quran that seem to refer to reincarnation. Let us review a few of these passages.

“And when his body falleth off altogether, as an old fish-shell, his soul doeth well by releasing, and formeth a new one instead…The person of man is only a mask which the soul putteth on for a season; it weareth its proper time and then is cast off, and another is worn in its stead.” (1)

“God generates beings, and sends them back over and over again, til they return to him.” (2)

“How can you make denial of Allah, who made you live again when you died, will make you dead again, and then alive again, until you finally return to him?” (3)

“God is the one who created you all, then provided you sustenance, then will cause you to die, then will bring you to life.” (4)

“Surely it is God who splits the seed and the stone, bringing the living from the dead; and it is God who brings the dead from living.”(5)

“I tell you, of a truth, that the spirits which now have affinity shall be kindred together, although they all meet in new persons and names.” (6)

This last verse is one of my favorites seems to allude to the existence of soul groups, of people who have emotional connections returning to life with those they have known before.  In addition to passages on reincarnation, the Koran also references karma: 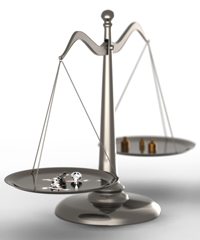 “God does not compel a soul to do what is beyond its capacity: it gets what it has earned, and is responsible for what it deserves.” (7)

“Every soul will be brought face to face with the good that it has done and with the evil it has done.” (8)

“And We will set up the scales of justice for the day of reckoning. And no soul shall be wronged in anything. And be it the weight of a mustard seed, We will bring it forth: and We are well able to take account.” (9)

“For We give life to the dead, and We record what they sent before and what they left after them: and We have taken account of all things.” (10)

Quran and the Universal Human

The Quran has wonderful passages that make one think in terms of the Universal Human, where religious affiliation is minimized and one’s benevolence is deemed most important. Consider the following verse:

“Indeed, be they Muslims, Jews, Sabians, or Christians, those who believe in God and the final day and who do good have nothing to fear, and they will not grieve.” (11)

Mohammed cautioned against exclusionary religious practices, which in his day was aimed at the Christian Church. Mohammed’s point was that God should be the central theme in a person’s life, not the messengers or prophets who convey God’s words. The “Book” in this passage refers to the Bible.

“People of the Book, do not go to excess in your religion, do not say of God anything but truth. The Messiah, Jesus son of Mary, was only an Envoy of God and a Word of God bestowed on Mary, and a spirit of God.” (12)

Jalaluddin Rumi (1207-1273), was a great Islamic and Sufi poet. Sufis are considered the esoteric holders of Islamic wisdom, much as the Kabbalists are regarded as holders of the hidden wisdom of Judaism. Rumi wrote:

“Like grass I have grown over and over again. I passed out of mineral form and lived as a plant. From plant I was lifted up to be an animal. Then I put away the animal form and took on a human shape. Why should I fear that if I died I shall be lost? For passing human form I shall attain the flowing locks and shining wings of angels. And then I shall become what no mind has ever conceived. O let me cease to exist! For non-existence only means that I shall return to Him.” (13)

Of interest, a contemporary incarnation of Rumi has been identified. To learn more, go to: Rumi | Kahlil Gibran Reincarnation Case

It is interesting to note that a Christian Church Father mused similarly about the pathway of human evolution, as did Rumi. This view suggests that the plant and animal kingdoms can serve as a stepping stone for a soul’s advancement to the stage of human development. Let us contemplate the following quotation from the Christian Church Father Synesius, Bishop of Ptolemais (370–430 AD), from his Treatise on Dreams:

“Philosophy speaks of souls being prepared by a course of transmigrations. . . When first it comes down to earth, it (the soul) embarks on this animal spirit as on a boat, and through it is brought into contact with matter.” (14)

In these passages of the Islamic poet Rumi and the Christian Father Synesius, the common theme of human evolution through repeated incarnations is hypothesized and voiced.

In the section on this website entitled Soul Evolution, issues such as whether human souls ever incarnated in the animal kingdom are addressed. My conclusion is that in contemporary times, humans do not reincarnate as animals.