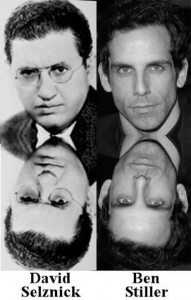 Affirmed by: Spirit Guide or Spirit Being Ahtun Re in a Ryerson-Semkiw Reincarnation Research and Session

Evidence of Reincarnation can Help Create a More Peaceful World

In 2010, I placed an advertisement for ReincarnationResearch.com in the Hollywood Reporter ‘s philanthropy issue to seek donations to fund translation of key independently derived reincarnation cases, such as those researched by Ian Stevenson, MD of the University of Virginia, into multiple languages. Since these cases show that a soul can change religion, nationality and ethnic affiliation from one incarnation to another, evidence of reincarnation can help create a more peaceful world. An especially powerful case in this regard is the: Reincarnation Case of Anne Frank | Barbro Karlen

The work of Ian Stevenson, MD and the Anne Frank Barbro Karlen case is featured in the viral reincarnation research video:

To have a positive impact, though, these independently researched reincarnation cases have to be made available to people of diverse cultures.

The ReincarnationResearch.com website page, Principles of Reincarnation, with the 23 independently researched reincarnation cases that are cited, form the template for our translation efforts.

Past Life Attraction: Ben Stiller and the Biopic on David O. Selznick

With the placement of the ad, I was given a complimentary subscription to the Hollywood Reporter. In the November 4, 2011 issue I was struck by an article on Ben Stiller, who was described as “an astute, driven filmmaker,” which is very different from his public, comic persona. My curiosity was further piqued by the following line:

“Two of his favorite future films have show business at their heart, each centered on a larger-than-life character whose moral ambivalence intrigues Stiller and whose drive is perhaps something he relates to. One is about David O. Selznick, the obsessive producer of Gone with the Wind.” (1)

I then read a different article in which it was stated that Stiller very much wants to be involved in the production of this movie on the life of David O. Selznick and is even considering playing the lead role of Selznick.

Affinity Reincarnation Cases: Attraction to One’s Own Past Life

I noted that the shape of Ben Stiller’s face is similar to that of Selznick, though Selznick was much heavier in weight then is Stiller. The reincarnation case of Oliver Hardy | Danny Bacher demonstrates how facial architecture can remain the same from lifetime to lifetime, though appearance can vary due to body weight. As with Stiller, Danny is not nearly as heavy as Ollie was.

Spirit Being Ahtun Re Affirms Ben Stiller as the Reincarnation of David O. Selznick

In a session with Kevin Ryerson, I asked about this proposed match and Ahtun Re, a spirit guide channeled through Kevin who has demonstrated an ability to make accurate past life matches, affirmed that Ben Stiller is the reincarnation of David O. Selznick. I then became excited about trying to find members of Selznick’s soul group reincarnated around Stiller. For example, it was Selznick who brought Alfred Hitchcock from England, introduced him to American audiences and made him one of the most famous directors in the world.

Oren Moverman as the Reincarnation of Alfred Hitchcock

In investigating possible soul group connections, I started with the movie that is being planned about Selznick. I learned that the screenplay was written by Pulitzer Prizewinning playwright Donald Margulies. Further, I read that an Israeli filmmaker, Oren Moverman, had rewritten Margulies’ screenplay and was being considered to direct the movie on Selznick.

I noted that Moverman bears a strong resemblance to Alfred Hitchcock, with the variation that Hitchcock was extremely overweight and Moverman is not. Like Hitchcock, Moverman started as a journalist and then moved into screenwriting and movie direction. In the session with Kevin Ryerson, Ahtun Re verified my hypothesis that Oren Moverman is the reincarnation of Alfred Hitchcock.

Physical Resemblance from One Lifetime to Another: There are similarities in facial features in the cases of David O. Selznik | Ben Stiller and Alfred Hitchcock | Oren Moverman.

Innate Past Life Talent: Similar talents in film making are demonstrated in these reincarnation cases from one lifetime to another.

Renewal of Relationships through Reincarnation: If these cases are accepted, then a collaboration from an earlier era has been renewed in contemporary times

Change in Nationality from One Incarnation to Another: Alfred Hitchcock was born in England, while Oren Moverman was born in Israel.

Split Incarnation: The lifetimes of Alfred Hitchcock and Oren Moverman overlap by about 16 years.