From: Can the Mind Survive Beyond Death, Volume 1, by Satwant K. Pasricha, PhD 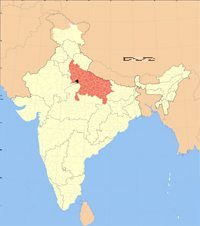 Shiv Behari Jain was a prosperous merchant or businessman who lived in Firozabad, a city in northern India. He belonged to the Jain religion. Shiv was well-respected, as he was also involved in local politics and charities. He died on July 10, 1965.

Change of Religion: Shiv Behari Jain Reincarnates as a Hindu

Ram Prakash was born on April 10, 1966, about 9 months after Shiv Behari Jain died, in a village north of Firozabad. His parents were farmers of modest means who belonged to the Hindu religion.

When Ram was 4 or 5 years of age, he started talking about a past life. One day, an older brother called Ram by name and ordered him to fetch a glass of water. Ram responded:

“I am not Ram Prakash, I am Jain Saheb” In India, “saheb” is a title placed after a man’s name as a mark of respect. In other words, Ram was indicating that he was a man of stature. Ram later gave his full past life name as “Shiv Behari Jain.” (1)

Ram Prakesh Remembers his Past Life Family and Address

Ram related a number of details regarding his past life, including his address in Firozabad, his past life wife’s name, as well as the number of brothers, sons and daughters he had in his lifetime as Shiv Behari Jain. Ram also remembered the philanthropy that he was engaged in his past life, reporting that he contributed money to a college, a hospital and a Jain temple. 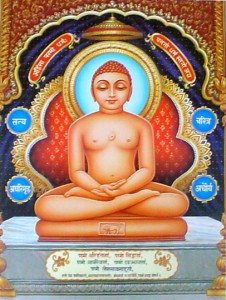 Ram demonstrated practices of a member of the Jain religion, which was very unusual for a Hindu boy who had not been taught these Jain customs. For example, Ram wanted to eat dinner before sunset, drink only filtered water and he would not kill insects. For Jains, nonviolence is a central tenet of their religion, which is why even insects are not killed. When someone gave Ram a portrait of Mahavira, an enlightened leader and reformer of the Jain religion, he would worship in front of this picture twice a day.

Ram was aware that he was much better off financially in his prior lifetime as Shiv Behari Jain. He complained that his family lived in a kachcha house, which was built of unbaked bricks. He remembered that in his past life, he had a large house, a pukka, which was built of baked bricks. Ram recalled that in his previous life he slept on a cushioned bed, whereas in his current life, he slept on a charpoy, a bed made of a frame with with light rope strung into a net. He remembered that he owned a chair that he sat in, but in his contemporary life, he had none.

As he got older, Ram would no longer even respond to his given name, his identification with his life as Shiv Behari Jain was so great. His schoolteachers accepted this and called him “Jain.”

Ram Prakesh Meets his Past Life Family, Who Accept Him as Shiv Behari Jain Reborn

Members of Ram’s village learned of his unusual behavior and the word spread. Bus drivers in the area learned of his story and they passed it on to Shiv Behari Jain’s family in Firozabad, who came to visit Ram. He was able to recognize and name these past life family members.

To test his knowledge, Shiv’s family also showed Ram photographs of their relatives. Ram was able to accurately recognize and name these members of Shiv’s family without assistance or leading questions. Based on his past life knowledge, Shiv’s family accepted Ram as the reincarnation of Shiv Behari Jain. They gave Ram gifts and encouraged that he visit their home in Firozabad. Ram would visit his past life family once or twice a month and stay with them for 5 days at a time.

Ram’s visits to the family of Shiv Behari Jain are reminiscent of Daniel Jurdi’s stays with his past life family in Lebanon. This past life case demonstrates a remarkable similarity in physical appearance from one lifetime to another. Place your cursor on the image of Rashid holding a picture of his past life persona to enlarge it.

Dr. Pasricha interviewed the families of Shiv Behari Jain and Ram Prakash in October 1975. The two families vouched that they had never met or had any contact prior to Ram’s statements of remembering to be Shiv in a past life. Ram’s father related that he once heard Shiv Behari Jain make a speech at a political meeting, but had no direct contact with him. Ram’s mother said she had never heard of Shiv Behari Jain. Dr. Pasricha also noted that their differences in religion and wealth would have made prior relationship between the two families very unlikely.

In an interview in 1975, when Ram was 9 1/2 years, when asked his name, he promptly replied “Shiv Behari Jain.” Shiv’s family was still giving gifts to Ram and he was continuing his visits to his past life family in Firozabad. (2)

Change in Religion: Shiv Behari Jain was of the Jain religion, while Ram Prakesh was born into the Hindu faith.

Relationships Renewed through Reincarnation: Shiv Behari Jain was reunited with his past life family.