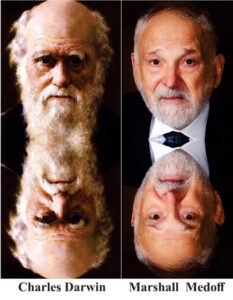 In an episode of the CBS television program 60 Minutes, Marshall Medoff was featured, who has a very unusual history. Medoff worked as a professor of economics at California State University, Long Beach and at the University of California, Irvine. He retired from teaching in 2012 at the age of 67.

Medoff then moved to Massachusetts, where he retreated into nature. Medoff spent his days in reflection at Walden Pond, a place made famous by the writer and philosopher Henry David Thoreau, who drew inspiration from the Walden woods and lake.

At the age of 70, Medoff became obsessed with “saving the world” from global warming and environmental disaster. Though he had no scientific training, Medoff embarked on a mission to find a way to transform non-edible plant life into environmentally friendly transportation fuels, an accomplishment that had not yet been attained by the world’s greatest scientists.

Medoff isolated himself in a garage located at a storage facility and studied scientific papers on the subject of plant biochemistry 12 hours a day. He began patenting ideas, including the process of breaking plant molecules apart with electron accelerators. In this way, agricultural waste, such as corn cobs, could be used to manufacture green fuels.

Investors were drawn to Medoff’s electron accelerator process to break down plant molecules to create fuels, as well as biodegradable plastics. Soon, he was able to open a 45-million-dollar testing facility, as well as a manufacturing center. He named his company Xyleco.

Medoff has been praised as a revolutionary genius similar to an Einstein or a Thomas Edison.

A Past Life of Marshall Medoff as Charles Darwin

It was natural to wonder who Medoff may have been in a past lifetime. Kevin Ryerson is a trance medium who channels a spirit being named Ahtun Re, who has demonstrated the ability to make past life matches with a high degree of accuracy. In a session with Kevin, Ahtun Re told me that in a past incarnation, Medoff was a naturalist who studied the moth, though Ahtun Re said nothing more specific.

In the days that followed, I thought about what Ahtun Re said and I seemed to remember that Charles Darwin had studied moths. Indeed, it turned out that Darwin examined the Xanthopam, a type of sphinx moth.

I noted that a physical resemblance exists between Darwin and Medoff and in a subsequent session with Kevin Ryerson, Ahtun Re affirmed that Marshall Medoff is the reincarnation of Charles Darwin.

Darwin was a genius biologist who established the theory of evolution of species and is considered to be one of the greatest scientists in history.

Physical Resemblance in Reincarnation Cases: The facial features of Charles Darwin and Marshall Medoff are similar.

Past Life Talent and Abilities: It has been puzzling how Medoff, with no scientific training, invented a groundbreaking method to create fuels and biodegradable plastics from non-edible plants, a feat that the world’s greatest scientific institutions could not accomplish. As noted, Medoff has been compared to pioneer scientists such as Einstein and Edison.

Medoff appears to have drawn upon past life abilities, those of Charles Darwin, in his scientific endeavors.

Also, as noted, the understanding of complex, interconnected systems is a talent that Darwin and Medoff share.

Change of Nationality: Darwin was British, while Medoff was born in the United States.