Reincarnation Case of an Israeli Child who Recalled Being Killed with an Axe & Identifies his Past Life Murderer, Who Confesses

From: Children Who Have Lived Before, by Trutz Hardo

A Druse Boy is Born with a Past Life Birthmark 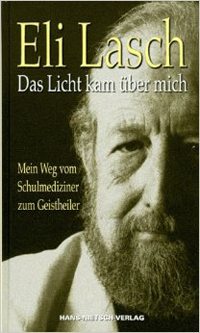 Eli Lasch, MD was a prominent physician in Israel who served as a senior consultant in the coordination of health services in the Gaza Strip. Dr. Lasch, who died in 2009, investigated a reincarnation case in which a young boy remembered a past lifetime in which he was murdered by being hit in the head with an ax. The boy, whose name was not reported, was born with a long red birthmark on his head. The boy’s parents belonged to the Druse religion, which features reincarnation as a fundamental tenet. In Israel, the Druse live primarily in the Golan Heights region, adjacent to Syria, which was the location of this boy’s birth.

When he was 3 years old, the boy told his parents that he was killed in a past lifetime by being struck on the head with an ax. From what the boy told the parents, as well as other relatives, it was thought that the boy lived in the nearby in his past incarnation.

His father, several relatives and elders of the village decided to visit neighboring communities to see if his past life identity could be established. Dr. Lasch was invited to join this group, as it was known that he was interested in reincarnation.

When the group arrived to the closest neighboring village , the group asked to boys if he recognized this as the location of his prior home. The boy told him that this was not his past life village, so the group walked to a second village where the boy again reported that this was not where he lived in the previous life.

The Druse Boy Finds his Past Life Home, Grave & Murderer 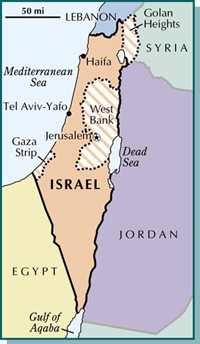 When the group reached a third village, the boy stated that this is where he had lived. The site of his past life neighborhood stimulated memories and he was able to name several individuals from his past lifetime.

At this point, the boy now remembered his own first and last name in this past incarnation, as well as the first and last name of his murderer. A member of this community, who had heard the boy’s story, said that he had known the man that the boy said that he was in the past lifetime. This man had disappeared 4 years earlier and was never found. It was assumed that this person must have come to some misfortune as it was known that individuals were killed or taken prisoner in the border areas between Israel and Syria for being suspected of being spies.

The group went through the village and at one point the boy pointed out this past life house. Curious bystanders gathered around and suddenly the boy walked up to a man and called him by name. The man acknowledged that the boy correctly named him and the boy then said:

“I used to be your neighbor. We had a fight and you killed me with an ax.”

Dr. Lasch then observed that this man’s face suddenly became white as a sheet. The 3-year-old than stated:

“I even know where he buried my body.”

The boy then led the group, which included the accused murderer, into fields that were located nearby. The boy stopped in front of a pile of stones and reported:

“He buried my body under these stones and the ax over there.” 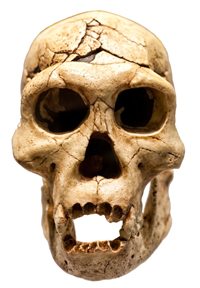 Excavation at the spot under the stones revealed the skeleton of an adult man wearing the clothes of a farmer and on the skull, a linear split in the skull was observed, which was consistent with an ax wound.

Dr. Lasch reported that at this point everyone in the group stared at the accused murderer, who admitted in front of everyone that he did commit this crime. Next, the group went to the location where the boy stated the murder weapon was buried and upon digging, the ax was found.

Dr. Lasch asked the Druse group what would become of the murderer. He was told they would not turn him over to the police; rather, they would impose a suitable punishment. What ultimately happen to the murderer was not reported.

In 1998, Dr. Lasch related this case history to Trutz Hardo, who practices past life regression in Germany. Mr. Hardo subsequently included the story in his book, Children Who Have Lived Before, published in 2005.

Compared to reincarnation cases researched by Ian Stevenson, MD and his colleagues at the University of Virginia, in which the testimony of multiple witnesses was carefully documented, this case lacks evidentiary detail. The names of the subject, murderer and witnesses are not provided, which makes the case anecdotal. Further, the primary researcher in this case, Dr. Eli Lasch, died in 2009. Still, it is a fascinating case, which does follow the pattern of cases researched by Dr. Stevenson.

Past Life Scars or Birthmarks: The Druse subject of this case was born with a linear birthmark on his head, which appears to be consistent with the linear defect in the skull found on his past life skeleton, which was appeared to be created by an ax blow.