Prashant Solomon Descends into the Womb at 4 Months of Gestation

Prashant Remembers a Past Lifetime and his Death as a Monk 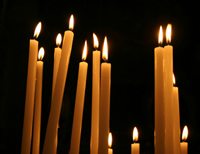 “In my early childhood, my first memory was being in a room with a lot of candles. I realized that I was in a monastery and somehow, from the inside, I knew it was in Europe, most likely in Italy in the fifteenth or sixteenth century. I was lying down in bed wearing a robe and there was a young monk sitting beside me, holding my left hand and crying. He was saying, in a language that I think was Latin, “Goodbye, Father.”

Next thing I knew, I am floating up in the air about 5 or 6 feet above my body. I look down and can see my own dead body. I was an old monk about 70-80 years old, who was Caucasian. I then see a light in the corner of the room and I get sucked into it.

Prashant Descends into his Mother’s Womb 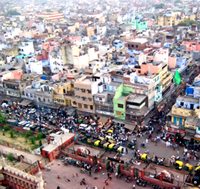 The next thing I remember is that I am in the clouds descending towards the Earth, kind of like the Google Earth of today, where you can zoom in and get closer and closer.

At this point, I am conscious that I do not have a body. I am a point of consciousness descending upon the Earth, I get lower and lower. I am now about 100 feet above ground over what seems to be a market or bazaar.

I can see two people holding hands and singing. The man is wearing a light blue sweater and blue jeans and the woman is wearing an orange sari. I keep coming closer and closer to the woman and ultimately enter her womb. These are my parents in my current lifetime. 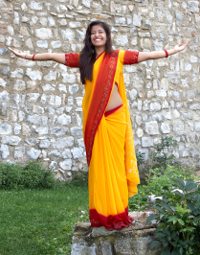 At first, I thought this childhood memory was a dream, though it was so clear that it was vivid even at the age of seventeen. One day, when I was a teenager, I told my parents about it.

When I got to the part where I told them that they were singing and described the setting and the clothing they were wearing, they looked at each other in shock.

They then told me that when my mother was 4 months pregnant with me, this actually happened. They remembered the clothes, the light blue sweater and blue jeans my father wore and the orange sari my mother wore, because they had gone to a friend’s engagement ceremony and my mother was wearing the same orange sari she wore at her own engagement party.

They were walking in South Extension market in New Delhi and it was the only time in their lives that they have held hands and sang a song together in public!

What a time for my soul to enter!”

Spirit Being Involvement in a Reincarnation Case: The strength of this case rests upon Prashant’s memory of a scene from his parent’s life, which he observed from the spirit world, which was confirmed by his parents. No one had told Prashant about this rather obscure detail in this parent’s life

Prashant’s comment that he entered his mother’s womb at 4 months of age is also interesting, as in the reincarnation case of Alessandrina Samona, researched by Ian Stevenson, MD, Alessandrina commented that the soul becomes closely attached to matter after the third month of pregnancy.