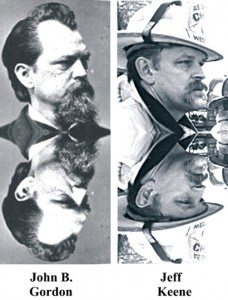 Two key Ian Stevenson cases with image comparisons, which show that facial features can remain the same from one lifetime to another, are those of Suzanne Ghanem and Daniel Jurdi.

The Soul’s Energy Template or Hologram
How can physical appearance remain the same from one lifetime to another? The answer to this question is unknown, but it may be that the soul projects an energy template or hologram into the developing fetus, which tissue is shape around.

The principle is similar to how orthopedic surgeons use electrical current to shape bone in severe fractures. This energy structure not only helps create physical appearance, but it also can be used to download information and talent into the developing body and mind, which can
explain child prodigies. 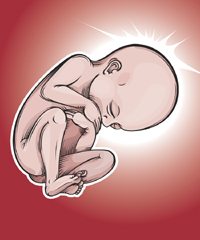 Of course genetics does play a part and it is the interaction of the soul’s energy template with one’s genetic inheritance which results in appearance. An individual who incarnates into a different race will have physical features that are consistent with that race, though proportions of the face, the bone structure, will still be consistent from one incarnation to another. Family resemblances also occur due to genetics. The soul’s energy template interacts with racial and genetic factors to determine one’s appearance. As such, physical resemblance across lifetimes can vary based on these influences.

The symbol for physical resemblance in reincarnation cases is one face reflected in another.