From: Cases from of the Reincarnation Type: Volume III, Twelve Cases in Lebanon and Turkey, by Ian Stevenson, MD

The Life of Abdulkerim Hadduroglu & Death in a Minibus Crash 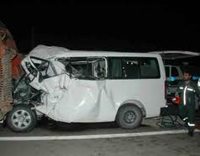 Abdulkerim Hadduroglu was born in Cekmece, a village near Antakya, in 1934. He lived most of his life in Bedirge, which is north of Antakya. Another village in the area is Karaali, which lies 8 kilometers south of Bedirge. All these locations are part of the southernmost Turkish province of Hatay.

Abdulkerim was a farmer and his land was along a highway. Abdulkerim married a woman named Surevya, who was from Arsus, with whom he had three children. She was pregnant again at the time that Abdulkerim died.

Abdulkerim was a Muslim who observed the month long fast of Ramadan, which also requires abstinence from alcohol. Ramadan is followed by the three day holiday of Seker Bayram, which some Muslims celebrate with indulgence in alcohol. On February 26, 1963, Abdulkerim celebrated Seker Bayram in Antakya with friends by drinking raki, an alcoholic beverage made in Turkey. 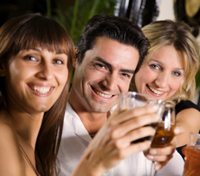 As Abdulkerim and his friends had became intoxicated, they asked a friend, Cevri Simsek, to take them home. The group, consisting of Abdulkerim, Suphi Elmas, Huseyin Yenoicak and Abdulgani Kizildag, got into a Fiat minibus with Cevri at the wheel. Two of the drinking companions, Hasan Bereket and Remzi Simsek stayed behind.

Abdulgani Kizildag asked to be taken back to the gasoline station where he worked. After they dropped him off, the group headed towards Bedirge. Just as the minivan approached the bridge at Karaali, a truck came from the other direction with its high beam lights on. The lights blinded Cevri who went off the edge of the road, striking the wall of the bridge. The minibus spun around and stopped on the embankment below the bridge.

Abdulkerim was sitting next to the driver. With the impact of the crash, he was smashed against the frame of the vehicle, the force causing one of his shoes to fly off. Abdulkerim was killed instantly. As noted the date was February 26, 1963. The driver, Cervi, suffered a concussion, was hospitalized for three days and was then transferred to prison. He later went to trial for reckless driving and driving while intoxicated, but was acquitted.

Past Life Memories: Necati Caylak Remembers his Past Life and Death as Abdulkerim Hadduroglu

Necati Caylak as born in 1963 in the village of Karaali, about a month after Abdulkerim died in the crash. His parents were Mikdat Caylak and his wife, Zekiye.

When he was two or three years old, Necati started talking about a past lifetime. His first statement referred to his having owned a field near a highway. He said that he was from Bedirge in his prior incarnation.

Past Life Memories: Necati Identifies Past Life Companions in the Minibus

Necati correctly named Cevri and Abdulgani as being in the minibus with him, and that Abdulgani worked in a gas station. He said that the minivan was stolen, which was partially correct, as the minivan was taken without permission of the owners.

Necati identified Remzi as being another friend in the minibus. In actuality, Remzi was part of the group that drank raki on the night of the accident, but Remzi was left behind and did not travel in the minivan. Necati states that Ferrac was another occupant of the minvan, but in reality Ferrac was a part owner of the minivan who was not involved in the accident. Necati did not accurately identify Suphi Elmas and Huseyin Yenoicak as the other occupants of the minivan.

In sum, Necati gave an accurate description of the crash, in that he said it happened in a minivan at the bridge at Karaali and that he lost a shoe in the accident. He also made a number of accurate statements involving occupants of the minibus, namely that he, Cevri and Abdulgani traveled in the minibus before the crash, but he also confused a few names and details regarding the occupants.

Necati’s family had heard about the crash at the Karaali bridge, which only happened a month before Necati was born, but they didn’t know any details regarding those involved in the accident. As such, they could not have supplied Necati will all these details involving the occupants of the minivan.

Past Life Phobia: Necati’s Fear of Crossing the Bridge where Abdulkerim was Killed

When Necati was two to three years old, he and his older brother were walking down the highway when they came to the bridge at Karaali, where Abdulkerim was killed. When Necati saw the bridge, he became extremely anxious and he started to cry.

When asked why he was crying, Necati told his brother that he had been killed in a car accident there. He said that in the crash, he lost one of his shoes. Necati refused to cross the bridge and wanted to find a different way to cross the small river beneath the bridge.

Ian Stevenson noted that Necati’s phobia of the bridge lasted many years, only weakening when he reached ten years of age. Necati also had a phobia of traveling in automobiles, which persisted until he was seven years old.

A similar reaction of experiencing fear at a geographic location was also observed in the case of Rashid Khaddege | Daniel Jurdi, which was also researched by Ian Stevenson, MD. Rashid had died in an automobile crash at a spot called Military Beach, in Lebanon.

As a small child, Daniel was in a car that was being driven by his mother. As they came to the place on the road called Military Beach, little Daniel started to cry uncontrollably. When his mother asked why he was crying, Daniel said that he had been killed at this spot in his prior lifetime. Like Necati, Daniel also had a phobia of cars, though Stevenson said Daniel’s phobia was limited to fast moving vehicles.

The Rashide Khaddege | Daniel Jurdi case is especially important, as it demonstrates that facial features can remain the same from one incarnation to another.

Following his reaction to the bridge a Karaali, Necati gave additional details about his past lifetime. He said that his name had been Abdulkerim. Necati said that his wife was named Sureyya, who came from Arsus. He said that he had sons named Mehmet and Ali, as well as a daughter named Enver, which may have been his attempt to say Munnever. Later on, when he met Abdulkerim’s widow, he correctly told her that their daughter’s name was Munnever.

Necati also said that in his past lifetime his mother was named Fatma, his sister was named Katif and that he had an aunt named Meryem. All these statements were correct. 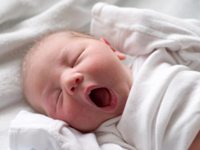 Past Life Relationships: Necati is Reunited with his Past Life Wife and Family

Sureyya Hadduroglu, the widow of Abdulkerim, heard about Necati’s claim to have died in an auto accident at the Karaali bridge. In the autumn of 1966, three and a half years after the accident, when Necati was about three and a half years old, Sureyya came to visit Necati. She brought with her Abdulkerim’s great uncle, Hasan Sufi Hadduroglu, and two of Abdulkerim’s friends, the brothers Zeyneb and Ahmet Adahi. 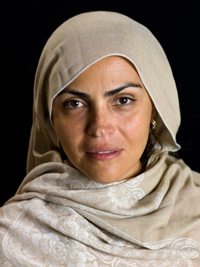 When the visitors were all assembled, Necati’s brother brought Necati in the room and asked him, “Who is this woman.” (1)

Sureyya then had little Necati sit on her knee. She then asked, “Who am I?” (3)

Necati then stated, “You are my wife.” Necati then added that Sureyya was the daughter of his past life uncle, which was correct. (4)

When asked who Hasan Sufi Hadduroglu was, Necati correctly responded that he was a past life paternal uncle. Necati also correctly identified by name Zeyneb and Ahmet Adahi.

Sureyya then said to Necati, referring to him as her husband reborn: “How could you leave Sureyya?” (5)

Past Life Memories: Necati Identifies Past Life Family Members at the home of his Past Life Wife, Sureyya

Sureyya invited Necati and his father to her home to visit her and her children. There, Sureyya’s father-in-law, that is, Abdulkerim Hadduroglu’s father, took Necati in his arms and showed him photographs on the wall and asked, “Who is this?” (7)

Necati looked at the photos and correctly identified himself in his past incarnation, Abdulkerim Hadduroglu, and Abdulkerim’s sister, Katif.

At Sureyya’s home, Necati also spontaneiously identified Meryem Haddurouglu, Abdulkerim’s stepmother. While he was at Surreyya’s home, Mehmet, Abdulkerim’s eldest son, entered the house. When Necati saw him, he immediately and spontaneously said, “This young man is my son.” (8)

Past Life Behavior: Little Necati likes Raki and Identifies his Past Life Drinking Companions in Karaali 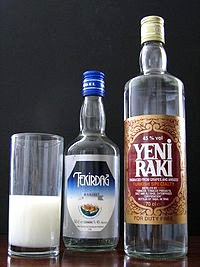 Hasan Bereket, one of the people who was drinking raki with Abdulkerim on the night that he was killed, heard about Necati’s memories of being the reincarnation of Abdulkerim.

Unannounced, he and two others who had been drinking with Abdulkerim on the day he died decided to visit Necati. This occurred in 1968, when Necati was five years old. As they arrived in Karaali, Necati saw them.

Necati spontaneously said to Hasan: “Oh, how are you, Hasan?” (9)

Of interest, Necati also demonstrated a premature interest in raki.

Phobia from a Past Lifetime: Necati demonstrated a great fear of crossing the bridge at Karaali, where Abdulkerim Hadduroglu was killed. This phobia lasted until he was ten years old. In addition, Necati had a fear of traveling in automobiles, which lasted until he was seven.

Spirit Being Involvement: Necati’s knowledge that Sureyya, his past life wife, delivered a child after his death implies that the soul of Abdulkerim was able to observe his loved ones from the spirit would. He was apparently able to observe that his wife’s pregnancy ended in the delivery of a healthy child.

Relationships Renewed through Reincarnation: Necati was reunted with this past life family and wife.

Split Incarnation: Necati was born about a month after Abdulkerim had died. If it is assumed that he soul is involved in the development of the fetus, then Abdulkerim’s soul was animating Necati’s fetus for 8 months of gestation. This phenomenon of a soul being able to inhabit more than one human bodies at a time is termed split incarnation.

A similar case, which features split incarnation and also shows that facial features can remain consistent from one lifetime to another, is the case of Hanan Monsour | Suzanne Ghamen