How Derived: Geographic Past Life Memory

The subject of this case, Gladys Deacon, wrote an account of her story that was published in a London newspaper, the Sunday Express, on June 2, 1935. In addition, Ian Stevenson, MD, interviewed her in 1963. As such, we have two sources of information regarding this very interesting case.

Past Life Phobia: Gladys Loves the Name Margaret & has a Phobia of Falling Down

Gladys Deacon was born on January 25, 1900 in Leicestershire, England. Her father was a carpenter and her parents were Roman Catholic. Gladys had a sister and a brother. She had a fondness for the name Margaret and later learned that her parents had considered naming her Margaret. As a young girl, she had a phobia of falling down

Geographic Past Life Memory: Gladys Recalls a Past Life Fall on a Hill 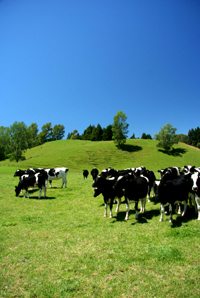 When she was 11 years old, Gladys and her brother were taken on a trip by their mother from Northamptonshire, where they were living, to Dorset. They were going to visit relatives over Christmas. Gladys describes a scene that occurred during their journey:

“After leaving Yeovil our train stopped for some time, and to my surprise I found the country quite familiar to me, especially a hilly field opposite.

I said to my brother, ‘When I was quite a little girl I lived in a house near here. I remember running down a hill in that field with two grown-ups holding my hands and we all fell down and I hurt my leg badly.’

Here my mother broke in to scold me for telling deliberate untruths. I had never been that way before and certainly never lived there. I insisted that I had, and that when I ran down the hill I was wearing a white frock down to my ankles with little green leaves on it, and the persons holding my hands were wearing blue-and-white checked frocks.

Validation of Gladys’s Past Life Memory of Falling 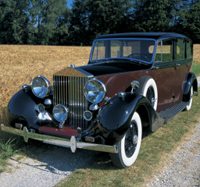 The source of Gladys’s memories of an apparent past lifetime remained a mystery for the next 17 years. Then, during another trip to Dorset in 1928, when Gladys was 28 years old, she unexpectedly received confirmation of her past life memories. Let us again let Gladys narrate the turn of events:

“I was motoring in 1928 with my then employer through Dorset. While having a tire changed, we went to a cottage not far from Poole where a young woman got us tea.

Spirit Being Guidance: Gladys Sees Herself in an Old Portrait & Receives Validation of her Past Life Memory

While waiting for it, I saw an old portrait on glass, and to my amazement I saw it was myself as I was then, running down that hill, a child of five with a plain, serious face, in a long white dress sprigged with green.

I exclaimed, ‘Why that is me.’ And of course both my employer and the woman laughed. The woman said, ‘Well, that child died years ago, but I guess you were just like her when you were small,’ and my employer agreed. 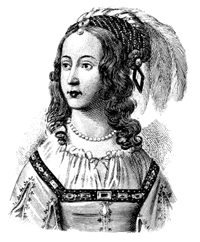 Seeing I was interested, the woman called her mother to tell me the story of the child.

She said the child was Margaret Kempthorne, the only child of a farmer. The mother of the story-teller at that time was employed at the farm as a dairymaid.

When Margaret was about five she was running down a hill with this dairymaid and another, when one of the grown-ups caught her foot in a rabbit-hole and they all fell, with the child undermost.

Her leg was badly broken. She never recovered and died two months after…’” (2)

Past Life Memory: Location of Margaret’s Past Lifetime, in Yeovil, is Confirmed

Gladys inquired where the farm, where Margaret fell, was located. The old lady replied that she didn’t know the exact location of the farm, but that it was near the market town, Yeovil, where their milk and farm products were sold.

Gladys asked when this happened. The old lady responded by taking the portrait down and handing it to Gladys, who looked at the back of the portrait where a piece of paper with writing was found glued to the portrait. Gladys narrates:

Recall that Gladys was also born on January 25, in the year 1900. Given these dates, Gladys was born 65 years after Margaret had died.

Geographic Past life Memory: Gladys’s past life memories were stimulated by traveling through the physical location of her past incarnation in the area around Yeovil, England.

Physical Resemblance: Gladys, her employer and the young woman in Dorset, where the painting of Margaret Kempthorne was found, all agreed that there was a strong physical resemblance between Margaret and Gladys.

Phobia from a Past Lifetime: Margaret died from a fall which resulted in a broken leg, which led to her death. Gladys, as a young girl, had a phobia of falling down.

Spirit Beings: This case was validated by Gladys fortuitously finding the house where a witness to the life of Margaret Kempthorne lived. There, a painting of Margaret was hanging on the wall, which Gladys recognized as herself in a prior incarnation. In this portrait, Margaret was wearing the same frock that Gladys saw in her past life memories, a white frock with green decorations.

What are the odds of finding this house by chance? Gladys found this house because the car she was traveling in with her employer had a flat tire, which required repair.

It is proposed that the flat tire occurred at that very spot because spirit beings caused that incident to happen, which allowed Gladys to validate her past life memories. This type of proposed spirit being intervention was also observed in the cases of Carroll Beckwith | Robert Snow and John B. Gordon | Jeff Keene.

Planning of Future Incarnations: In reviewing this reincarnation case, we observe a common date of birth. Margaret Kempthorne was born on January 25, 1830 and Gladys Deacon was born on January 25, 1900. Though the common date of birth of January 25 could be simply a coincidence, it could also represent Margaret, from the spirit world, planning her birth on that date to draw a tie from her past incarnation to her future one.

Change of Religion: Gladys was born into a Roman Catholic family and her mother was quite surprised when Gladys, at 11 years of age, started to describe incidents from a past lifetime. In this case, a Roman Catholic girl became a convert to a belief in reincarnation.