George Hopkins Dies, Doesn’t Realize He is Dead, is Welcomed in Heaven by His Family, Dog and Food, Where He Enjoys the Company of Horses and Cattle 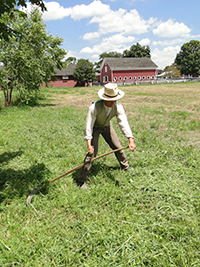 Source: Communication from the deceased in this case was facilitated through the direct voice mediumship of Leslie Flint. George Woods and Betty Greene were present during tape recordings of Flint’s mediumship sessions and they asked questions of the deceased, who spoke in their own natural voices. Neville Randall reviewed these recordings and summarized the dialogues in his book, Life After Death. Dialogue in the article provided below has been slightly edited to make it more concise.

In a Leslie Flint direct voice mediumship session that took place on April 11, 1959, a farmer named George Hopkins came through. Betty Greene asked Hopkins how he died. He responded:

“Well, I just had stroke, or seizure or heart attack. Or something of that sort. As a matter of fact I was harvesting. I felt a bit drowsy, a bit peculiar, and must have dozed off. But dear, oh dear, I had such a shock.

I woke up, as I thought. The sun had gone down. And there was me, or what appeared to be me. I couldn’t make it out at all, I was that puzzled. I tried to shake myself to wake myself up. I thought, this is funny. I must be dreaming. I couldn’t make head or tail of it. It never struck me at all that I was dead.

Anyway I found myself walking along the road to the doctor’s. I thought, well, perhaps he can help me. I knocked on the door, but nobody answered. I thought, well, I shouldn’t have thought he would have been out because people were going in the surgery door.

I saw one or two of my old cronies. They all sort of seemed to walk through me. No one seemed to make any comment about me.

I stood there for a bit trying to work it out. Then I saw someone hurrying down the road like mad to the doctor’s. He rushed in, pushed past me and everyone, and the next moment I heard them talking about me. I thought what the hell’s wrong? I’m here! I heard them say I was dead! 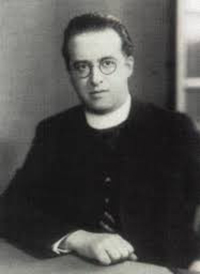 The doctor went in his car up the road, and I thought I don’t know about being dead. I can’t be dead. I’m here. How the hell can I be dead?

The next thing I saw was them picking up my body and bringing it back. They put it in the chapel.

George, as a Spirit, Taps his Minister on the Shoulder and Makes Him Shiver

“I supposed the best thing to do is to go and see the parson. He’s sure to know something.

So I went up to the vicarage and waited. I saw him come in and sit at his desk. I noticed that nothing was solid. If I sat in the chair, in a sense I sat, and yet I didn’t. I didn’t feel any weight under me.

I saw the old parson. He came in, walked right past me, went to his desk, started to write letters and doing things. I started talking to him. If he didn’t take any notice!

I thought, ‘He’s like the rest of them. I should’ve thought he would know something.’

So I tapped him on the shoulder. Once he turned around as if he thought something was there, and I thought, ‘I’m getting on a bit there,’ so I tapped him again. He didn’t take any notice. Then he got up and sort of shook himself and then I think he was shivering. It was quite a decent sort of morning. I couldn’t see no reason why he should have felt cold.

Anyway, he didn’t seem to realize I was there at all. I thought, ‘I’m not getting anywhere here.'” 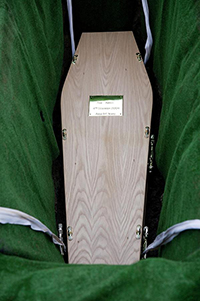 “They were carrying my body down to the old churchyard in a box, and they put me there with the old lady. It suddenly dawned on me about Poll, my wife.

I was standing there watching them putting this body of mine in the grave. After the ceremony I was walking behind them down the path. There, right in front of me coming up towards me, was my wife!

But not my wife as I had known her in the last few years of her life, but as I first knew her when she was a young girl. She looked beautiful, really beautiful. And with her I could see one of my brothers who died when he was about 17 or 18. A nice looking boy who was fair-haired. They were laughing and joking and coming up towards me. My wife and brother made a proper fuss of me, saying how sorry they were that they were late.

They said, ‘We knew you hadn’t been it too well, but we had no idea you were coming as sudden as you were. We got the message but were sorry we couldn’t get here quicker.’

I thought that’s odd. How the hell do they get about? I knew I’d got about, but as far as I was concerned I seemed to be walking about, same as I did before, except that everything was much lighter. I didn’t seem to have any heaviness of the body, and no more aches and pains like I used to have. They said I’d got to get sort of adjusted and settled.

So I said: ‘You talk about settling in. Where the deuce do we settle in?  Nobody here seems to want to have anything to do with us, and nobody seems to take any notice.’

‘Oh, that’s all right. Don’t worry about them.’

I told him about the parson.

‘You don’t want to go and see him,’ they said. ‘He was the last one to go to and see. He knows less than some other people. You’re all right.’

George’s Deceased Wife and Brother take Him to their Home in Heaven, which He Recognizes from Visits during Dreams 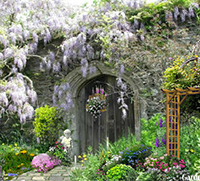 ‘We’re going to take you to our home.’

‘Oh, we can’t tell you exactly where it is,’ they said. ‘But we can take you there, and you’ll soon realize it’s home all right. You’ll recognize it.’

‘How can I recognize it? I’ve never been there.’

‘Oh, yes you have. Many times when you’ve been asleep. As a matter of fact you know it quite well.’ 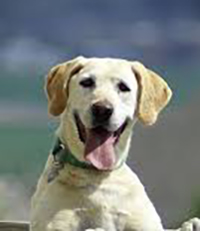 I started to think: ‘I used to have some odd dreams. Once or twice I remember dreaming about a very pretty place with a lovely garden, and my old dog Rover was there, that died many years before. I remember I used to think I was just dreaming.’

‘Well it sounds very nice, I must say.’

‘Don’t you realize that you’re different?’ they said.

‘Well, I feel different. I don’t feel old. I don’t have the old aches and pains like I used to.’

‘Have you seen yourself?’

‘No, I never thought of that.’

I thought, ‘Well, this is going to be interesting to see myself.” And then, ‘I could have a look in the mirror.’

So they took me to what appeared to be a very beautiful place with a lovely setting, lovely scenery and beautiful houses, more countrified than townified. They took me to one house in a beautiful field.  And it was just the same little place I had dreamed of, or thought I had dreamed about. And there I was in my dreams some years ago.

I remember waking up in the early hours of the morning and remembering this, and I thought this is an odd dream. It was exactly the same! 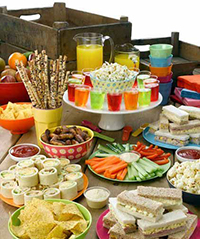 “And there was my old dog racing about and wagging his tail and jumping up and down.

I opened the door and went in, and there was a congregation of about a dozen people I had known. Another brother of mine and a sister, my wife’s people, they were all there, pleased and welcoming me and making a fuss of me. In fact, there was so much noise going on, chattering and talking all at the same time, the dog barking, it was a real homecoming. They had a nice spread of food for me. You’d be surprised.

That struck me as odd. I thought I shouldn’t have thought they had cups of tea over here and sat down and ate things.

They said, ‘Oh yes, at first. Perhaps you don’t expect it, but it’s something you have been used to, and we like to make you feel at home. It helps you to get settled down. Anyway, you’re going to be all right now. You’ve Poll and the dog and us. We’ll keep in touch with you and come and see you now and again.’

They said: ‘Well don’t say anything, you don’t do anything for a time. Just relax, enjoy yourself and rest, and get over the shock of, well, passing over is you call it.’

‘Well,’ I said, ‘I don’t understand it all. It’s all so natural, all so real. Here you are, all the people I’ve loved, all the people that meant so much to me in life, all here waiting to receive me and make me happy. And there’s all those people down there you would’ve thought would have the least known something, particularly the parson. I know I wasn’t a churchgoer.  I didn’t go regular.  But he doesn’t seem to know anything. He doesn’t seem to be able to comfort anyone very much. What’s wrong?’

‘Well,’ they said, ‘you mustn’t blame the poor old parson. He’s doing the best he can, under perhaps difficult circumstances. But you see they just haven’t got the right end of the stick.'”

Horses, Cattle and Other Animals in Heaven 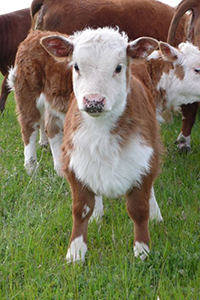 The session then ended. George Hopkins returned to speak through Leslie Flynn’s direct voice mediumship sometime later.  George Woods asked him, ‘”What are you doing now?”

‘You have cattle over there?’

‘Oh yes, and we’ve got horses. I was always very fond of animals and horses in particular. I love cattle and we have cattle here. Why not? We have lovely pasture lands, lovely fields and animals just the same as you do. Everyone lives near nature. There is no killing. I have my garden which I love very much. I have my cattle. I like to walk, and I’d like to ride a horse which is an thing I didn’t have much opportunity to do in life, even though I worked on the land. I never seemed able to do some things, like riding a horse. Walk in front of a horse, yes. But as to riding, well, very seldom.’

Betty Greene then asked, ‘Do you find the cattle, the animals, have got a higher degree of consciousness, the ones you’re dealing with? Do they understand you?’

‘Yes, I would say definitely yes to that. Of course, they have. And then again, I think when one’s on Earth, one is inclined to underestimate the intelligence that cattle have got.

After all, they have their feelings and emotions, and they are not an unintelligent lot of animals, you know. Of course, I know I should have thought it was unnecessary to eat meat, because there are so many other forms of food one can live on. And after all, I think an animal has its right to life as much as man. In fact, more so in many cases, I should think.'”