Kramer of Seinfeld Fame as the Reincarnation of Physical Comedy Great, Buster Keaton: Past Lives of Michael Richards and Jerry Seinfeld 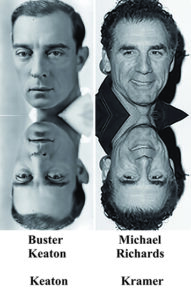 A Past Life for Jerry Seinfeld

The television series Seinfeld has been one of my very favorite shows. Recently, a past lifetime for Jerry Seinfeld was posted on our website in which Jerry was a writer of comedy plays, John Thompson Ford, who came to eventually own the Ford Theater, where Abraham Lincoln was shot. To review this case, please go to:

Michael Richards, Kramer, as the Reincarnation of Buster Keaton

Kramer, played by Michael Richards, is a favorite character of mine on the Seinfeld show because of his gift for physical comedy. At one point, I realized that his Michael’s slapstick comedy style and facial features were consistent with those of Buster Keaton. 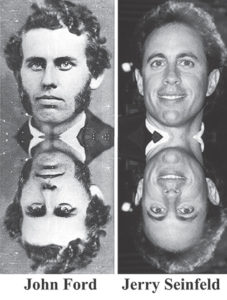 In a session with world-famous trance medium Kevin Ryerson, Ahtun Re, a spirit being who has demonstrated the ability to make reincarnation matches with a high degree of accuracy, affirmed that Michael Richards had a past life as Buster Keaton.

Split Incarnation: Buster Keaton died in 1966, while Michael Richards was born in 1949, which means that their lifetimes overlapped by a period of about 17 years. As such, this represents a case of split incarnation, where a soul animates more than one body at a time. Ian Stevenson, MD of the University of Virginia, in his series of 1500 validated childhood past life memory cases, also reported this phenomenon, which he termed “cases with anomalous dates,” as lifetimes overlapped. To review these cases, click on the Split Incarnation link provided above.

One of the strongest split incarnation cases Stevenson published can be reviewed at the following page: