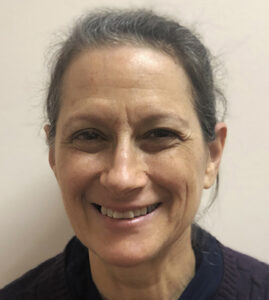 Dr. Janna Weiss currently practices acupuncture and teaches mind science in New York City. Janna is an accredited facilitator for the Foundation for Developing Compassion and Wisdom (FDCW) 16 Guidelines Level 1 and Unlocking Your Potential courses, and is an Empathy Circle Facilitator. Janna is also a human rights activist, for peace, for Tibet, and for the rights of people with developmental and psychosocial disabilities, or those perceived to be so. She promotes ethics, compassion, and inner peace for world peace, based on understanding our interdependent existence.

Janna holds a PhD in Biological Sciences (botany/ ethnobotany) from the University of Texas at Austin (1998). For part of her dissertation research, she studied traditional medicine with the Chatino people of Oaxaca, Mexico. Janna also developed a novel research methodology, using statistics to examine the relationship between plant chemistry and the traditional uses of medicinal plants, which laid the foundation for later work by others.

Janna pioneered the introduction of acupuncture and herbal medicine into hospital psychiatry in Israel and was a postdoctoral fellow in Anthropology. Janna has a plant named after her, Neurolaena jannaweissana.

Janna began studying Tibetan Buddhism with Dharma Friends of Israel in 2005. In 2007, Janna went to Lhasa, Tibet to study Tibetan. Starting from the March 2008 Lhasa riots and massacre, she did human rights work in Lhasa, Tibet for one year, and continues to work for the return of His Holiness the 14th Dalai Lama, and the happiness and well-being of the Tibetan people.

Janna’s relationship to reincarnation/rebirth evolved gradually, from skeptical materialist with neutral doubt and an open and inquiring mind, to acceptance and recognition of the fact of rebirth/reincarnation.

Janna believes that a scientiﬁc and realistic understanding of how our consciousness transitions through bodily changes, changing roles and identities, on a momentary basis in one lifetime and over countless lifetimes, can help bring world peace. Janna is available to speak about scientiﬁc research on reincarnation/rebirth and mind science. Follow Janna on: