Soul Plan: A Pregnant Christian Woman has an Announcing Dream Indicating her Child is a Jew

Teuvo Koivisto was born into a Lutheran Christian family in Helsinki, Finland on August 20, 1971. His father’s name was Jan and Lusa was his mother.

During her pregnancy with Teuvo, Lusa had dream in which she was in a line of prisoners that was moving forward. Someone then told Lusa, “Take shelter under the straw.” (1)

She then found herself with a man who was holding a copy of the Kabbalah, an ancient Jewish book of mystical teachings. In the background, there were men shooting guns. The man with the Kabbalah then said to Lusa, “The baby you are expecting is a Jew, and I will save your life.” (2) 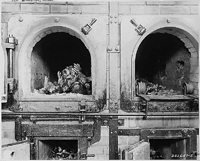 When Teuvo was 3 years old, he told his mother that he had been alive before. He then told Lusa about “the big furnace,” in which people were piled in layers in a haphazard fashion. He said that some were lying on top of others. (3) Teuvo used his hands to show Lusa the shape of the oven.

Teuvo explained that he was told that he was being taken to the “bathroom,” but he was taken to the furnace instead. (4) People were then told to undress and gold teeth and eyeglasses were taken from them. People were then put in the furnace. Teuvo then related that gas came out of the walls and he could not breathe. Teuvo also described an “oven” with children in it. (5)

Breathing Difficulties from a Past Life Gas Exposure

When describing these scenes of a German concentration camp in World War II, Lusa said that Teuvo was “extremely frightened” and “terrified.” (6) In addition, Teuvo would experience breathing difficulties when describing the furnace, ovens and the gas.

It appeared to Lusa that Teuvo was experiencing pain when he tried to breath. These attacks lasted for 10-15 minutes. Lusa even took Teuvo to a medical doctor, who could not find anything physically wrong with Teuvo. The doctor specifically told her that Teuvo did not have asthma.

Later on, Teuvo told Lusa, “I was caught on barbed wire. Come and get me off.” (7) Lusa noted that Teuvo seemed depressed when she spoke of the barbed wire.

Starting at 3 years of age, Teuvo repeatedly spoke of these concentration camp memories over a period of 6 months.

Lusa firmly told investigators that Teuvo did not learn of scenes from concentration camps by normal means. Teuvo was rarely allowed to watch television and he was never allowed to watch programs containing any violence. No one in the family spoke of the Holocaust or concentration camps, and they had no social relationships with any Jewish people.

In researching this case, Ian Stevenson confirmed that the scenes Teuvo described were accurate for German Concentration camps. Germans separated children under 14 years of age from other prisoners, as these young children were deemed to young to be useful workers. The children were killed by being place in ovens or burned in open pits.

Gas chambers were also used to kill Jews, who were indeed told that they were being taken to a “bathroom.” Prisoners were undressed and eyeglasses taken, so that their clothing and glasses could be used by the Germans after they were dead. Once the prisoners were placed in the gas chambers, hydrogen cyanide gas was used to kill them. Gold teeth and eyeglasses were removed from the corpses, which where then piled one on top of each other in furnaces, where they were cremated. Barbed wire surrounded the camps and divided different sections of the camp. In sum, Teuvo’s memories were accurate for German concentration camps of World War II.

Past Life Hiding Behavior from the Holocaust

As a young child, Teuvo would often hide himself, so that his parents could not find him. The walls of their apartment complex were very thin and Tuevo would break down walls that separated rooms so that he could hide in the empty space between rooms.

Teuvo’s hiding behavior continued until he was 13 to 14 years old. When Ian Stevenson spoke to him in 1999, when Teuvo was 28 years of age, he told Stevenson that he always wanted to feel safe and that even at the age of 28, he didn’t like his residence because it lacked a hiding place.

Ian Stevenson noted Teuvo’s hiding behavior could be related to strategies Jews used to hide themselves from the Nazis. In the Warsaw Ghetto, Jews would break down walls between apartments so that they could move from one apartment to another without being seen. In this way, they could move their possessions and supplies throughout an entire apartment complex in a clandestine way. They could also hide from the Nazi’s in shelters created between apartment walls.

A Past Life Phobia of Nazi Uniforms and Swastikas 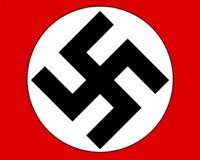 When Ian Stevenson interviewed him in 1999, Teuvo told him that he continued to have fear and anxiety when he saw Nazi uniforms or the swastika. Teuvo would even stand still with fear at these times. In contrast, Teuvo had no fear of British or French flags or uniforms.

Teuvo’s phobia of uniforms is reminiscent of the case of Anne Frank | Barbro Karlen, as Barbro too had a fear of uniforms, though in her case, it was of any uniforms. Barbro describes that if she was stopped by police for a traffic violation, she would become so terrified she would even contemplate trying to escape from the police. Barbro herself eventually became a Swedish police officer, in part, to overcome her fear of uniforms.

First of all, I would like to comment on the extremely compelling nature of this case. Though Teuvo’s past lifetime could not be historically validated, his accurate descriptions, at the age of 3, of life in a German concentration camp cannot be dismissed. His mother, Lusa, insisted that Teuvo had no way to learn about these camps through normal means. As such, a past lifetime in which he experienced a concentration camp is the only way to explain his memories and knowledge.

If accepted, this reincarnation case demonstrates the following features:

Soul Plan & Spirit Being Involvement: From the spirit world, Teuvo seems to have planned his upcoming incarnation, as evidenced by the dream that his mother had when she was pregnant. As such, this case shows that souls can plan lifetimes and convey their plans through announcing dreams.

In this dream, Lusa saw herself with a group of prisoners. A man with a copy of the Kabbalah then told her that the baby she was expecting was a Jew. As Lusa and her husband were Christians, this was an unusual dream, yet it appears to have come true with Teuvo’s birth and his past life memories of being a Jew in a German concentration camp.

Past Life Phobias from Holocaust: Teuvo experienced fear and anxiety when he saw a German uniform, flag or swastika. Teuvo would even stand still with fear at these times. In contrast, Teuvo had no fear of British or French flags or uniforms.

As noted, Barbro Karlen also had a fear of uniforms related to her past life experiences as a Jewish girl in World War II, who was persecuted by the Nazis.

Change of Religion: The vast majority of people killed in Nazi concentration camps were Jewish. If it is accepted that Teuvo had a past incarnation in which he was a Jew imprisoned in a Nazi concentration camp, then this represents another landmark case showing that a soul can change religion from one lifetime to another, as Teuvo was born to Christian parents.

This same phenomenon was observed in the case of Anne Frank | Barbro Karlen, as Barbro remembered being persecuted as a Jew in her past lifetime as Anne Frank, yet in contemporary times, she was born to Christian parents. I have often pointed out that if the German people in the 1930’and 1940’s knew that one could be born Jewish in one incarnation and Christian in another, then the Holocaust could never have happened.

Note to Readers: Ian Stevenson. MD was a Professor of Psychiatry at the University of Virginia who wrote in a very academic style, as his target audience was fellow scientists. On the Reincarnation Research web site, his past life identity cases are presented as children’s past life-reincarnation stories to make his academic work easier to understand. For those interested in appreciating the scientific rigor of his research, such as his use of multiple witnesses to establish corroborated testimony, please refer to the original reports written by Dr. Ian Stevenson.