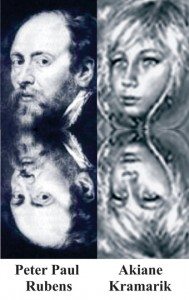 Affirmed by: Spirit Being or Spirit Guide Ahtun Re in a Ryerson-Semkiw Reincarnation Research Session

From: Origin of the Soul and the Purpose of Reincarnation, by Walter Semkiw, MD

Akiane Kramarik spontaneously developed the ability to paint at the age of four after having an experience in which she states she was taken to heaven. Her description of the experience is similar to that of Echo Bodine, which is included in my book, Origin of the Soul and the Purpose of Reincarnation. Echo also has given permission for us to post photos of a deceased boy’s spirit body rising from his physical body, which was entrusted to her by a Minnesota State Trooper. To view these images, go to: Spirit Photos

Akiane was born into an atheist family in 1994. She is self-taught in art and has related that “God is my teacher.” Her visions have brought spirituality to her family and her paintings sell for $50,000 to $1,000,000. Akiane also writes poetry. As described on her website, when asked where she learned to write, Akiane responded that it seems that ideas “have been planted in me.” She has also written, “Through the Spirit, I experience other different lives.”

In my view, Akiane’s abilities are the result of her soul projecting a hologram of itself into Akaine and downloading information into her mind. Child prodigies in this way draw talent and abilities from past lifetimes. This phenomenon is described in the section: Principles of Reincarnation

Peter Paul Rubens as a Past Life of Akiane Kramarik

Though I am not clairvoyant, I do at times receive accurate past-life information through intuitions. I always check such information with Ahtun Re, the spirit guide channeled through Kevin Ryerson, who has demonstrated an ability to make accurate past-life matches. When I first saw the colors in Akaine’s art, which is often religious in nature, I immediately experienced an internal message that she is the reincarnation of Peter Paul Rubens, a Flemish Baroque painter who was born in 1577.

In a session with Kevin Ryerson in 2008, Ahtun Re agreed that Akiane is the reincarnation of Rubens. As Akiane was so young at the time, I sought permission from her family to make this proposed past-life match public. I am grateful to Akiane’s mother, Forelli Kramarik, for giving permission, which she did stating that I should have the freedom to express my ideas. It must be noted, though, that the assertion that Akiane is the reincarnation of Rubens is mine, not Akiane’s nor her family’s. To learn more about Akiane, go to: www.artakiane.com

In the 2014 movie, Heaven is for Real, a portrait of Jesus painted by Akiane is featured at the end of the film. Heaven is for Real is about a four-year-old boy, Colton Burpo, who claims that he visited Heaven and met Jesus. At the end of the movie, Colton looks upon Akiane’s portrait of Jesus and reports this was the appearance of Jesus, when he met Jesus in Heaven.

Past Life Talent: Peter Paul Rubens’ artistic talent is expressed though Akiane. Both are known for religious or spiritual art.

Change in Gender: Rubens was male, while Akiane is female.