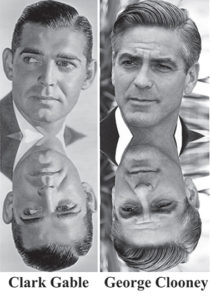 My intuitive friend of mine, Ishtar Ishaya, has proposed a number of reincarnation cases that have been confirmed by the spirit guide Ahtun Re, who is channeled through trance medium Kevin Ryerson. I have been working with Kevin since 2001 and over this period of time, Ahtun Re has demonstrated the ability to make past life matches with a high degree of accuracy.

Ishtar proposed that George Clooney is the reincarnation of actor Clark Gable. If that was the case, I wondered who Clooney’s wife, Amal, might have been in relation to Gable. I found that a fairly striking resemblance existed between Amal and the actress Loretta Young. Click on images to enlarge them.

Clark Gable and Loretta Young have a Child Out of Wedlock 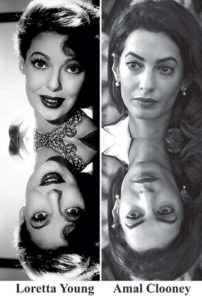 Clark Gable and Loretta Young were the stars of the 1935 film The Call of the Wild. Gable was 34 years old at the time and Young was 22. During the production of this movie, Gable impregnated Young who later delivered a baby girl. Gable as married at the time. Though initially it was assumed that the two had an affair by mutual consent, Young later revealed that Gable forced himself on her.

One issue regarding the proposed match between Loretta Young and Amal Clooney is that Young died in Santa Monica in the year 2000, while Amal was born in Lebanon in 1978, an overlap of 22 years. If this case is valid, it would represent an example of what I call “split incarnation,” as the soul animates more than one body at a time.

There is evidence, including from the University of Virginia, that spilt incarnation does indeed occur. Ian Stevenson, MD, of the University of Virginia, called these “cases with anomalous dates,” as lifetimes overlapped. One the strongest cases that Stevenson published, which also involved suicide in the past lifetime, demonstrates split incarnation. To review this case, please go to:

Past Life Story with Suicide, Karma, Past Life Ability and Split Incarnation: The Reincarnation Case of Helmut Kohler | Ruprecht Schultz 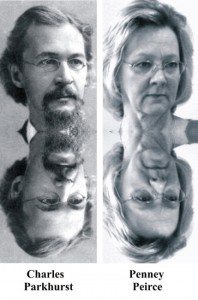 Split Incarnation and the Reincarnation Cases of Penney Peirce

In a session with Kevin Ryerson, Ahtun Re affirmed that George Clooney was Clark Gable in a past lifetime and that Amal Clooney is the reincarnation of Loretta Young.

Of interest, Amal’s father is of the Druze ethnic group, which accepts the doctrine of reincarnation. This raises the question of whether Amal believes or is at least open to reincarnation. A Druze reincarnation case has been posted on our website which gives an overview of the people and geography of Lebanon and Syria. To review this case, please go to:

The Reincarnation Case of Hasan Hamed | Salem Andary: A Druze is Murdered in Syria and is Reborn in Lebanon

Physical Resemblance in Reincarnation Cases: There are correspondences in facial features of Gable | George Clooney and Young | Amal Clooney.

Planning Lifetimes for the Renewal of Relationships: It has been reported that Clark Gable forced himself on Loretta Young, which resulted in her pregnancy. By reincarnating and becoming married in the personas of George and Amal Clooney, trauma from the relationship of Gable and Young can be healed.

Past Life Talent: The acting talent of Clark Gable shines forth in the career of George Clooney. Amal Clooney is an attorney, not an actress, but she is glamorous and is comfortable on the world stage, much as was Loretta Young.

Split Incarnation: As mentioned, the lifetimes of Loretta Young and Amal Clooney overlapped by 22 years, a phenomenon that I call split incarnation, which is also known by the older term parallel lives.