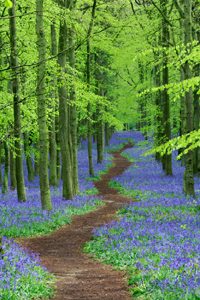 Past Life Memories or Emotions Triggered by Geographic Locations

One form of geographic memory will be defined as past life memories or emotions that are stimulated by visiting a physical location known from a past incarnation.  The reincarnation case of John B. Gordon | Jeff Keene involves a dramatic example of geographic memory, as Jeff experienced an intense flood of emotions when he visited the Civil War battlefield were he was shot and almost killed in a prior incarnation.

In addition, knowledge of a geographic area based on past life experiences, such as being able to find a specific building without prior knowledge of the area in the contemporary lifetime, will also be included as examples of geographic memory.  In many cases researched by Ian Stevenson, MD at the University of Virginia, children with past life memories, once in the vicinity of a past life location, were able to find the path back to their past life home, even in very remote locations.

A dramatic example is found in the reincarnation case of Anne Frank | Barbro Karlen, as Barbro, at the age of ten and on her first visit to Amsterdam, was able to lead her parents from their hotel to the Anne Frank House without directions.

Deja vu, the experience that one feels like they have been at a place before, even though the individual has never previously been at that location in the current lifetime, can be considered a subtle form of geographic memory.  An individual may have lived in or visited that location, or some type of significant event in a past lifetime may have occurred at that geographic site.

The symbol for Geographic Memory is the globe, as locations on our planet can stimulate past life memories and emotions.