Bill Gates as the Reincarnation of Basile Bouchon 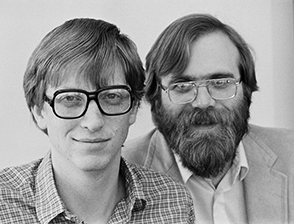 In a session with Kevin Ryerson, who channels a spirit being or spirit guide named Ahtun Re who has demonstrated the ability to make accurate past life identifications, I asked Ahtun Re who Bill Gates was in a past incarnation. Bill Gates and Paul Allen in their younger years are pictured to the right. Gates is on the left side.

Bouchon was textile worker and the son of an musical organ maker. Organ makers used punched holes in metal cylinders to create musical programs that a mechanical organ would use to make music automatically. These were the original player pianos, which could play automatically without the need for a human operator or musician.

Basile Bouchon employed this concept, utilizing a perforated paper ribbon, to control a textile loom automatically. In essence, Bouchon created the first automated industrial machine, the precursor to the computer. The perforated paper ribbon that controlled the loom evolved into the software that Bill Gates pioneered. Unfortunately, to my knowledge, a portrait of Bouchon is not available.

Paul Allen as the Reincarnation of Jacques de Vaucanson

Though Basille Bouchon came up with the idea to use a paper ribbon imprinted with information to control a textile loom, the equipment did not work well until Jacques de Vaucanson, a French inventor, made Bouchon’s premise operational in what was called the Jacquard Loom, which became the precursor for modern industrial looms.

Bill and Paul, who were childhood friends and had passions for computer programming, worked together and employed complementary skills to create the worlds biggest software company, much like Bouchon and de Vaucanson employed their talents to create the first industrial automated machine, a precursor to the computer. 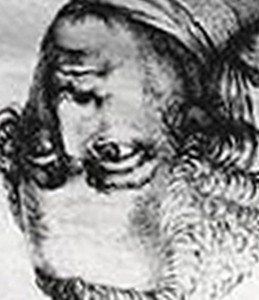 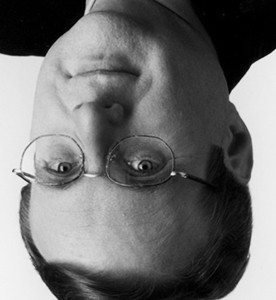 An image of Paul Allen is provided above and to the left and an image of Jacques de Vauconson is provided to the right. Images are inverted to better appreciate bone structure or facial architecture. As noted, I do not believe that a portrait of Basille Bouchon exists, as he was a poor loom worker when he created his invention.

Past Lives of Mark Zuckerberg and Sean Parker

Another example of people reincarnating together to work on projects involve Mark Zuckerberg and Sean Parker. In their past lives, they worked together to create IBM. They reincarnated to create Facebook. To learn more, please go to:

Related related reincarnation cases are those of:

If these cases are accepted, they demonstrate the following features:

Physical Resemblance in Reincarnation Cases: There is similarity in bone structure of Jacques de Vaucanson and Paul Allen. There is a definite physical resemblance between Charles Babbage and Steve Jobs, as well as between Peter van Mussenchenbroch and Steve Wozniak. In addition, hand postures typical of Peter van Mussenchenbroch have been captured in photographs of Steve Wozniak.