Felix Lee Lerma: A Medium who Contacts the Dead

Mediumship and Contacting the Dead

Gary E. Schwartz, PhD, a Professor at the University of Arizona, conducted an experiment which definitively shows that mediums can communicate with deceased individuals. To review this study, go to 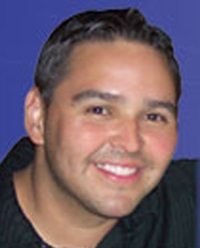 Dr. Schwartz worked with very well known mediums such as John Edward. Though I personally have never had a session with John Edward, I have had a session with a young medium, Felix Lee Lerma, who has made me a believer in his abilities to communicate with the dead. Felix is picured to the right.

A close friend of mine, let us call her Anna, was born in Croatia and moved to San Francisco as a teenager, along with a community of other Croatians. In 2008, a number of people in her community passed away.  Several of Anna’s friends had sessions with Felix and they related that the information gained was very meaningful.

On the morning of the appointments, Anna’s niece called to advise that she would not be able to make the session with Felix. Anna then suggested that I take the appointment instead, since it was already paid for.  Anna did not inform Felix of the change in plan, nor did her niece.

Two Spirit Families Show Up for a Session with Felix

When Anna arrived to see Felix, he noted that there were two different families from the spirit world that were very anxious to speak to her. He stated that one family was Croatian, which was understandable. What was unexpected is that Felix stated that the other family was Ukrainian.

My parents were born in Ukraine and apparently my deceased family members showed up early during Anna’s session, apparently anticipating the session that I would have later that afternoon. Anna has no Ukrainian relatives or friends, other than me.

Remarkably, as noted, Felix was unaware that I was going to have to session at 4 PM instead of Anna’s Croatian niece.  Further, in addition to Felix having no knowledge about my appointment, Felix knew nothing about me. I myself had never heard of Felix before that date.

The question is, how did Felix know such specific information regarding a Ukrainian family when Anna appeared for her appointment?

In Anna’s session, Felix accurately named Croatian relatives who had died and he provided details about their lives that were true.  These individuals had unusual first names, such as Radko, which would be difficult for a non-Croatian to know.

In sum, after our sessions, Anna and I were convinced that Felix genuinely was able to contact our deceased relatives and convey accurate information from them to us. Felix conveyed information that he could not have learned through normal means.

I can share that information provided to Anna and me through Felix was valid and helpful. Though I cannot guarantee that others will have the same experience, Felix is a resouce for those who would like to try to contact their lost loved ones. For those who are interested, please visit his website: www.felixleelerma.com