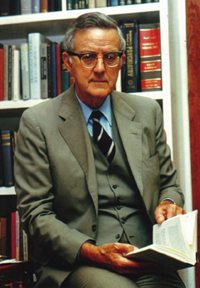 Advances in Reincarnation Research: A Tribute to Ian Stevenson

Another Egg, Another Life by Gordon Keirle-Smith: A Book designed to Stimulate Children’s Past Life Memories

Dr. Ian Stevenson, MD, who died in 2007, served as Chairman of the Department of Psychiatry at the University of Virginia, School of Medicine.  He was also honored as the Carlson Professor of Psychiatry at that institution.  Starting in 1961, for forty years, Dr. Stevenson investigated children who spontaneously remember past lives that could be factually validated.  He chose to only study children as he reasoned that children were unlikely to fabricate past life memories. Jim Tucker, MD has taken over for Dr. Stevenson at the University of Virgina.

As such, in my opinion, the number of validated childhood past life memory cases is best represented by the number 1567.

Most of Stevenson’s cases come from Asia, India or other areas where the doctrine of reincarnation is accepted. In locations where reincarnation is not an accepted belief system, it is thought that parents inhibit a child’s expression of past-life memories. The childhood cases studied by Ian Stevenson have a common pattern, marked by the following features:

1. As soon as the child can communicate, the child starts to describe a previous lifetime. Often, the child declares that his or her name is different from the name given to the child by its biologic parents. The child insists that the current family is not its true family, but that his or her real family lives in a different village or town. The child remembers the names of various family members and geographic locations from the past lifetime. Physical features of the past life house and neighborhood may be recalled. In Dr. Stevenson’s series of cases, the average age at which the child starts speaking about a past lifetime is 3 years of age and the average age when children stop talking about a past lifetime is 7. 5 years of age.

2. The child remembers details of its death in the prior lifetime. In approximately 66 percent of Dr. Stevenson’s childhood reincarnation cases, a violent or premature death occurred in the previous lifetime. Dr. Stevenson has found that individuals who died of traumatic wounds, such as bullet or knife wounds, often are born in a subsequent incarnation with birthmarks or scars that mirror the wounds incurred in the past lifetime. In the contemporary lifetime, the child may have a phobia related to the cause of death in the past life. It has been calculated that of the children who remember a violent past life death, 35 percent have a phobia related to the cause of death. 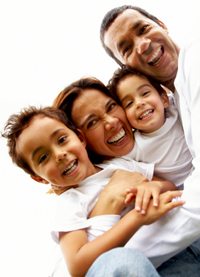 3. Based on information provided by the child to the biologic family, the child’s family from the prior incarnation is eventually identified. When the child meets this family for the first time, the child is able to identify family members by name or by relationship. The child often knows family secrets that only members of the prior family would know. As a result, the family from the past lifetime often accepts the child as the reincarnation of their deceased relative.

4. Personality traits, personal preferences, and habits often persist from one incarnation to another.

5. Gender usually stays the same.  In 90 percent of Dr. Stevenson’s cases, the child returns assuming the same sex as in the past lifetime. Thus, in ten percent of cases, gender is reversed from one lifetime to another. The observation that gender only changes in 10 percent of reincarnation cases can bring insights on homosexuality, transsexuallism and gender identity problems.

6. Physical appearance can be similar from one lifetime to another
Stevenson cases show that physical appearance can remain the same from one incarnation to another. Two cases in particular dramatically demonstrate how facial features can remain consistent from one lifetime to another.  Ian Stevenson studied Suzanne Ghanem and Daniel Jurdi in the late 1960’s, when they were small children.  Photographs of these individuals from their prior incarnations were available.  Stevenson revisited Suzanne and Daniel in 1998 and found that these two people, now full grown adults, had the same facial features as in their past incarnations.  These cases were published in Tom Shroder’s book, Old Souls. Two other Ian Stevenson reincarnation cases, in which photo comparison’s are available (and provided to the right) that demonstrate similar facial features involve: Burmese Twins

In his book, Where Reincarnation and Biology Intersect, Dr. Stevenson advised that researchers systematically study “facial resemblances between subjects and previous personalities.”

7. Relationships are Renewed through Reincarnation

As noted above, Stevenson cases that demonstrate physical resemblance involves Burmese twins, who were sisters in their past lifetimes.  They were part of a study involving 31 sets of twins, whose past lives were objectively validated. In 100% of these cases, the twins had significant past life relationships, concretely demonstrating that souls plan lifetimes to be reunited with loved ones through reincarnation.

I also would like to share that I had the opportunity to visit Dr. Stevenson at the University of Virginia at Charlottesville in the year 2001.  He was a very gracious host and he spent an entire day with me.  I was very honored that at the conclusion of my visit, he offered to sponsor me for membership in the Society for Scientific Exploration, an academic organization that he co-founded. I did join the SSE and I highly recommend this organization.

The world owes a great debt to Dr. Stevenson for the important work he did over his long career.  Through our website, ReincarnationResearch.com, and our organization, the Institute for the the Integration of Science, Intuition and Spirit, we hope to build upon his contributions and as a gesture of respect and acknowledgement, a posthumous  Reincarnation Research Award has been given to Dr. Stevenson. As noted, reincarnation research continues at the University of Virginia under the guidance of Jim Tucker, MD.

Ian Stevenson. MD wrote in a very academic style, as his target audience was fellow scientists. On the ReincarnationResearch.com web site, his past life cases are presented as children’s reincarnation stories to make his academic work easier to understand. For those interested in appreciating the scientific rigor of his research, such as his use of multiple witnesses to establish corroborated testimony, please refer to the original reports written by Dr. Stevenson.

The validated childhood past life memory  cases compiled at the University of Virginia, along with other important reincarnation cases, allow us to comprehend how reincarnation works. To learn more, please go to:

Evidence and Principles of Reincarnation: Understanding Past Lives